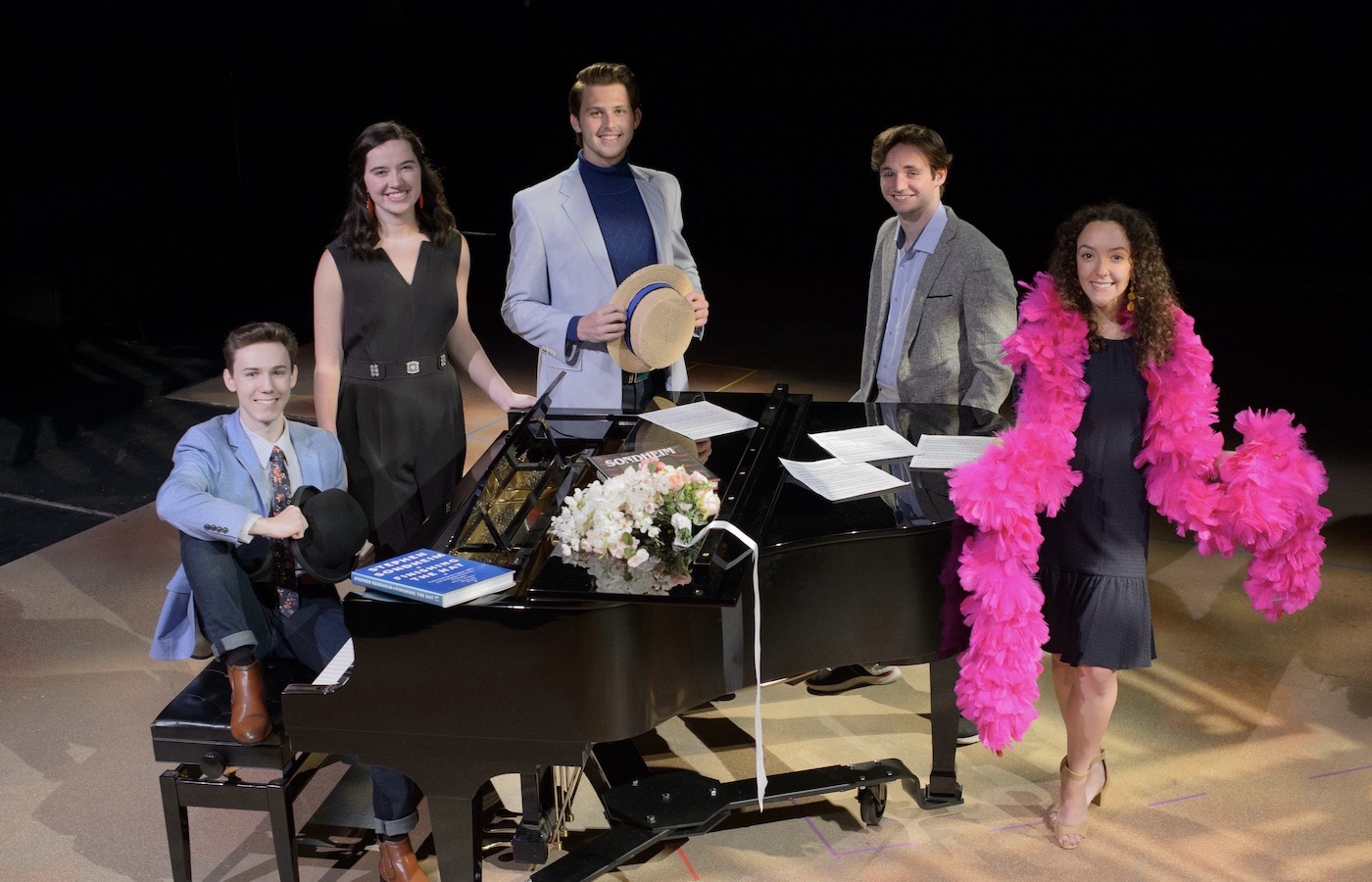 Act 1 DeSales University Theatre will honor the memory of one of the most important figures in 20th century musical theatre, Stephen Sondheim, with the musical revue Side by Side by Sondheim, opening Thursday, October 13. The show will run until Sunday, October 23, in the Schubert Theatre of the Labuda Center for the Performing Arts.

Side by Side by Sondheim is a tribute to the wit, wisdom, and genius of one of Broadway’s greatest composers and lyricists, who is credited with reinventing the American musical. His timeless work, including shows such as Into the Woods, Sweeney Todd, and Sunday in the Park with George, continues to enchant and provoke audiences today.

“It is hard to overstate Stephen Sondheim's influence on the American musical theatre. He exploded our notions of what a musical could be—or could be about. His shows found a way to make the most unsuspecting stories sing. While other composers and lyricists wrote about the emotions typically worn on the proverbial sleeve, Sondheim instead wrote about the rumblings beneath the surface and, in doing so, he redefined the art form.”

John Bell, director and professor in the division of performing arts

Songs from Gypsy, A Little Night Music, Follies, A Funny Thing Happened on the Way to the Forum, and Company will be featured. Music and lyrics are by Sondheim with music also by Leonard Bernstein, Richard and Mary Rodgers, and Jule Styne. Ned Sherrin wrote the original narration.

Bell is also the choreographer, while Louis Danowsky is the musical director. DeSales University alumna Jenna Snyder is the scenic designer, and Rebecca Callan serves as costume designer. The lighting is designed by Mike Inwood, and David M. Greenberg is the sound designer.

Students who attend DeSales or any other Lehigh Valley college or university can purchase tickets for $8. Group discounts are available for all performances. Tickets may be purchased by calling the Labuda Center Box Office at 610-282-3192 or by visiting the website at tickets.desales.edu.

To improve accessibility for all patrons, the Saturday, October 22, 8:00 p.m. performance will feature Audio Descriptions for patrons who are blind or visually impaired. During Audio Described performances, all action and physical appearances are described live through a headset. Tickets are half price for patrons using these special services on this date. Please call Box Office Manager Kyle Schumaker at 610-282-1100, ext. 1820, for more information.

The Labuda Center is accessible and equipped with a listening enhancement system. Special seating is available for our patrons using wheelchairs or requiring other assistance. Please inform the box office of your needs when ordering tickets.