The Congregation of the Oblates of St. Francis de Sales was founded to advance the Gospel through the spirit and teaching of its patron saint.

A chief focus of St. Francis de Sales was the gentleness and humanity of Jesus.  The gentleman saint took this from his favorite Gospel quote: “Learn from me, for I am gentle and humble of heart” (MT 11:29).  Working to “Live Jesus,” DeSales sought for himself and implored others to integrate the very person and personality of the Savior into the character of the disciple.  Consequently, “Live Jesus” grew to become a popular maxim for DeSales.

This unique conjunction, interpenetration and interaction of intellectual and affective elements sees a person in his or her totality. In the Salesian view, with its attempt to harmonize and integrate the divine and human aspects, anthropology becomes inseparable from theology. Everything truly human comes under the study, care and concern of the person. That is why Christian humanism engenders a universal openness and awareness.

Mother Mary Chappuis, a nun from the Order of the Visitation founded by St. Francis de Sales and St. Jane de Chantal, prevailed upon Father Louis Brisson to form a congregation of men committed to living and transmitting this ideal of Salesian humanism. In 1876 a small band of six men, led by Father Brisson, professed their first vows as Oblates of St. Francis de Sales and began to live the religious life in Troyes, France.

Although the principal undertaking of the Oblates in the United States is the Christian education of youth, members devote themselves to many other varied apostolates to serve human needs. 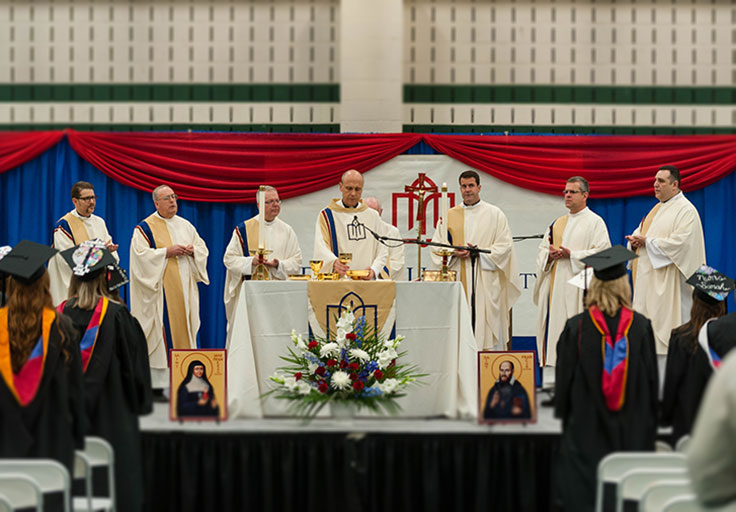