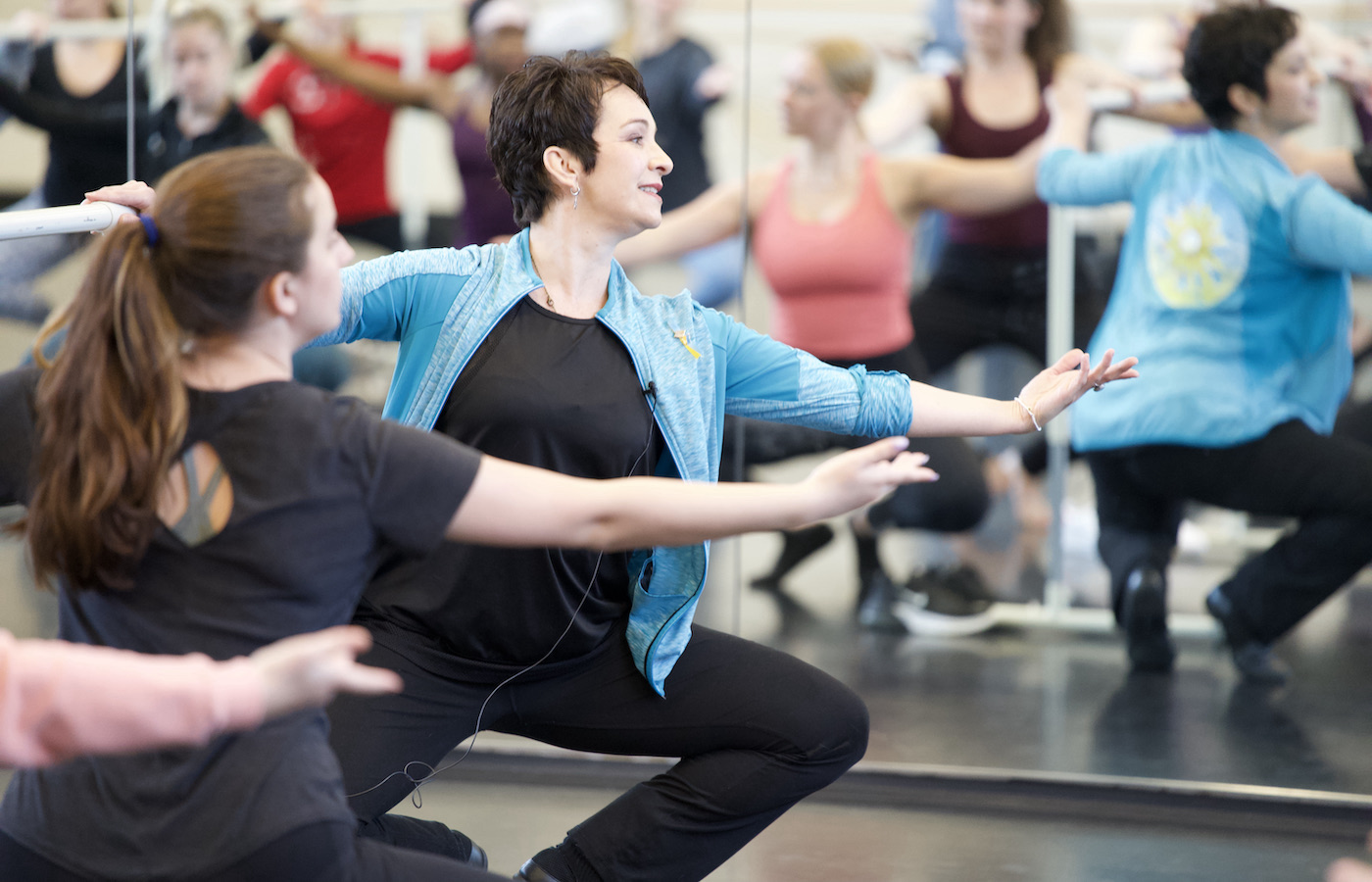 Kristine Izak stands in the center of the Brisson Dance Studio, her sky-blue jacket emblazoned with a bright yellow sunflower that’s surrounded by dancers. Izak created the image to convey a simple, straightforward message: Dance for Ukraine, Dance for Peace.

“Down, up, down, up, toe, heel, elevate. As dramatic as you can make it,” she instructs.

Izak guides dozens of student dancers through a series of new and unfamiliar steps—infusing her rich cultural heritage into each and every movement while asking students to reflect on their own roots.

“What is it to be American?” she asks. “When’s the last time you asked your grandparents to tell you a story?”

Izak, a 1989 alum, hasn’t been back to campus in years, and she reminisces about the long walks down from Brisson, typing papers on a typewriter, and watching “General Hospital” with fellow dance majors every weekday in DeChantal Hall.

Her return is just one of the reasons that makes the DeSales dance department so unique. She’s teaching a master class on Ukrainian character dance, which she describes as a stylized way of teaching folk dance. The class is part of a weekly series that gives students a taste of diverse dance forms—everything from contemporary ballet to African fusion and even miming.

“We host 30 master classes throughout the academic year. We really try to make the series a way to augment our traditional techniques.”

Students also attended a Ukrainian folk master class earlier in the academic year. But that was months before the Russian invasion, months before city streets became battlegrounds and countless Ukrainians were driven from their homes or killed.

Izak’s parents fled to the U.S. as refugees during World War II. Still, both held tight to their culture and roots and were determined to pass them down. As a young girl, Izak’s mother enrolled her in Ukrainian dance classes. When Izak was 16, she was accepted into an apprenticeship program at Philadelphia’s Voloshky Ukrainian Dance Ensemble.

“It’s a very different style,” Izak says. “Sometimes when you do modern or ballet, the audience watches as you go through an emotional journey. But with Ukrainian dance, you’re constantly welcoming and bringing the audience up onto the stage with you. You’re sharing this pride in your culture. It’s your ancestry, your DNA. It vibrates in you and with the music.”

By 1988, Izak attended a Ukrainian dance workshop directed by Roma Pryna Bohachevsky, a world-renowned ballerina from Ukraine. Izak became a counselor then a teacher at Bohachevsky’s summer camps in New York and joined her company— Syzokryli Ukrainian Dance Ensemble of New York City. At the summer camps, she would write ballets combining the folk elements and customs of Ukrainian culture.

Over time, Izak’s position at the camps grew. She became a choreographer and an assistant to Bohachevsky, and eventually an artistic director—a title she held for many years before retiring. But her home base has always been the Jane Lopoten School of Dance in Lansdale, where she still teaches and designs the ballet curriculum and jazz syllabus. When the war in Ukraine broke out, she felt compelled to do more.

“Many of us here in the diaspora feel helpless, yet we feel so tied to Ukraine. I’m Ukrainian American; I’ve always felt that. I have second and third cousins there. Ukrainians are fighting so hard for their identity and to own it.”

Not wanting to feel helpless any longer, Izak began teaching outreach programs to raise money, and word quickly spread on social media. She hosted a Ukrainian dance week at her Lansdale studio, and she raised nearly $2,000 with her first program at Time to Leap Dance Center in West Chester. She even offered her Dance for Ukraine, Dance for Peace logo to studios around the world free of charge so they too can raise money and awareness.

Izak focuses on the central and western regions of Ukraine when she teaches her outreach programs. She also includes a show and tell table of Ukrainian folk art, featuring embroideries, ceramics, woodwork, and more—a cultural display that makes the experience even more meaningful for students.

“I was really appreciative of the entire class,” says Elena Andriopoulos ’23, a dance major. “We were able to step outside of a normal ballet or normal modern class. The connection of what’s going on in the world and being able to bring that in and really appreciate Ukraine in the studio was exciting. There aren’t a lot of other colleges that get to bring in people like Kristine.”

Izak is grateful to celebrate the culture of her ancestors and to share it with others. She’s also grateful to follow in the footsteps of her mother, grandmother, and great aunt—all of whom participated in cultural outreach in the 1960s and 1970s through the Ukrainian Women’s League of America.

“I feel them with me when I teach,” she says. “They would go to schools and community centers and educate people on the rich cultural heritage of Ukraine. It’s not just dance; there’s so much more. The more people learn about each other, the kinder they will be.” 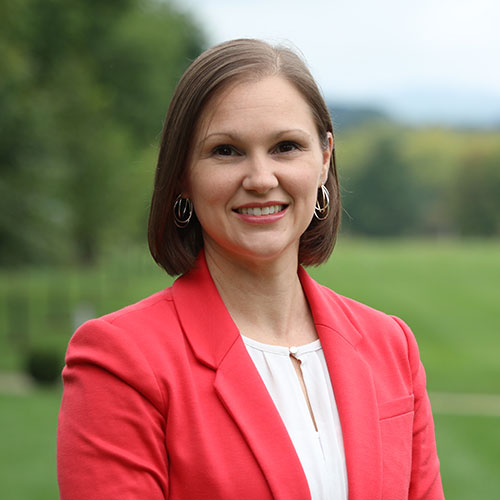