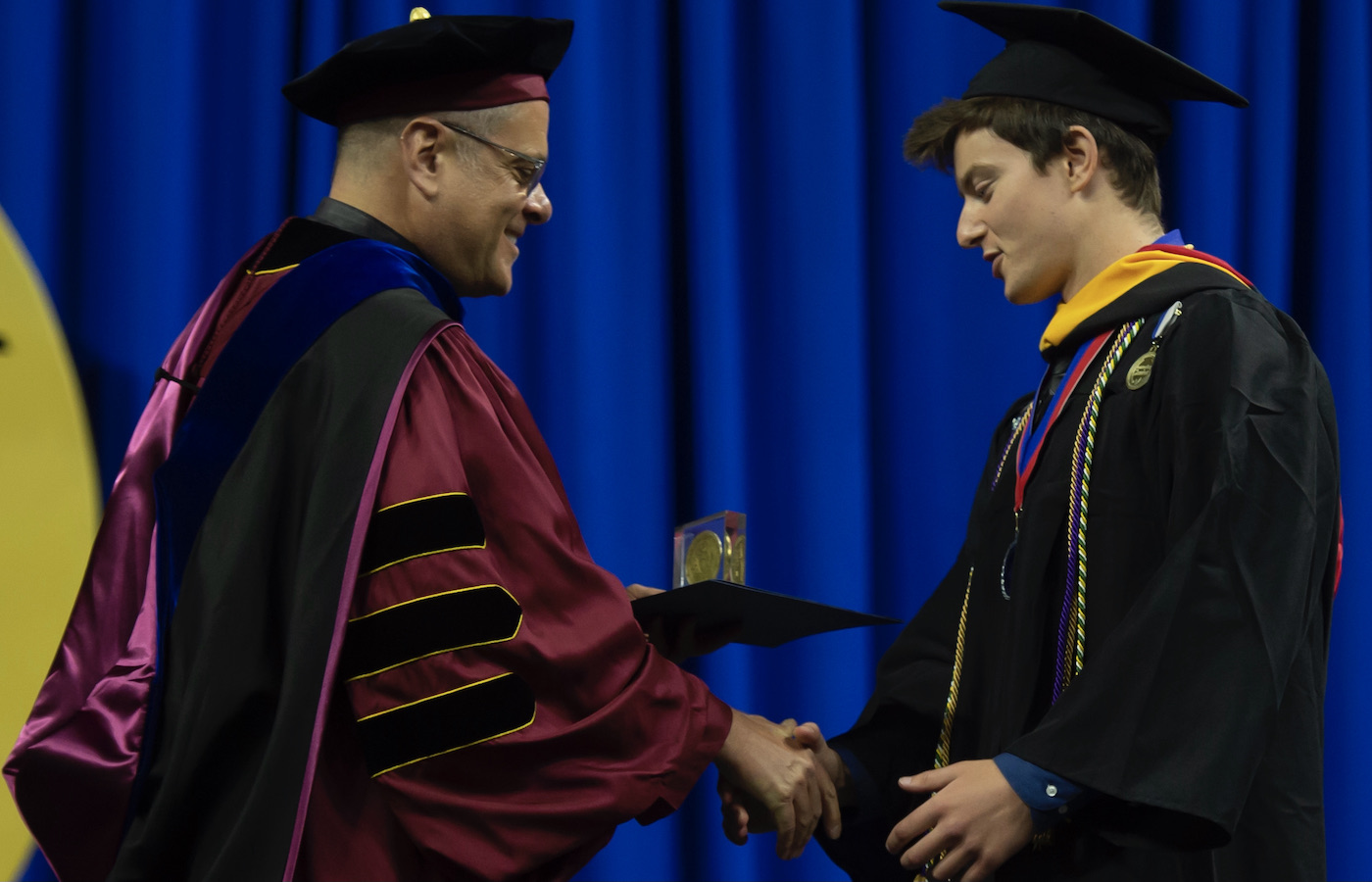 The PPL Center was hushed as Nolan Beck ’22 took the stage at Commencement to sing “The Star-Spangled Banner,” solo.

While terrified at first, Beck grounded his nerves by remembering that the song wasn’t about him—that like most things, it is greater than any one person.

Humble, and driven by interpersonal connections, Beck would go on to win the Provincial Medal of Honor that same day.

“Winning this award was at once both an affirmation and a challenge,” he says. “I felt validated to some extent. … While DeSales has given much to me, I have given something back, too. Still, it was also a reminder that my life doesn't end with graduation.”

The Provincial Medal of Honor is awarded to the graduate who best exemplifies the spirit of Saint Francis de Sales. To Beck, this means building dynamic relationships and leveraging them to better one’s community.

From actively participating in Campus Ministry groups and volunteer activities—to being a Character U mentor, a resident advisor, and a member of both the men’s tennis team and the University chorale—it’s safe to say that Beck’s benevolent presence will be missed across campus.

An accounting graduate with a concentration in data analytics and a music minor, Beck plans to become a certified public accountant and is set to begin working at Ernst & Young. Beyond this, he hopes to continue advocating for the greater good.

“The ceremony is called commencement for a reason,” he says. “I am obliged to apply what I have learned in my life beyond DeSales for the benefit of my future communities while conducting myself in a Salesian manner.”