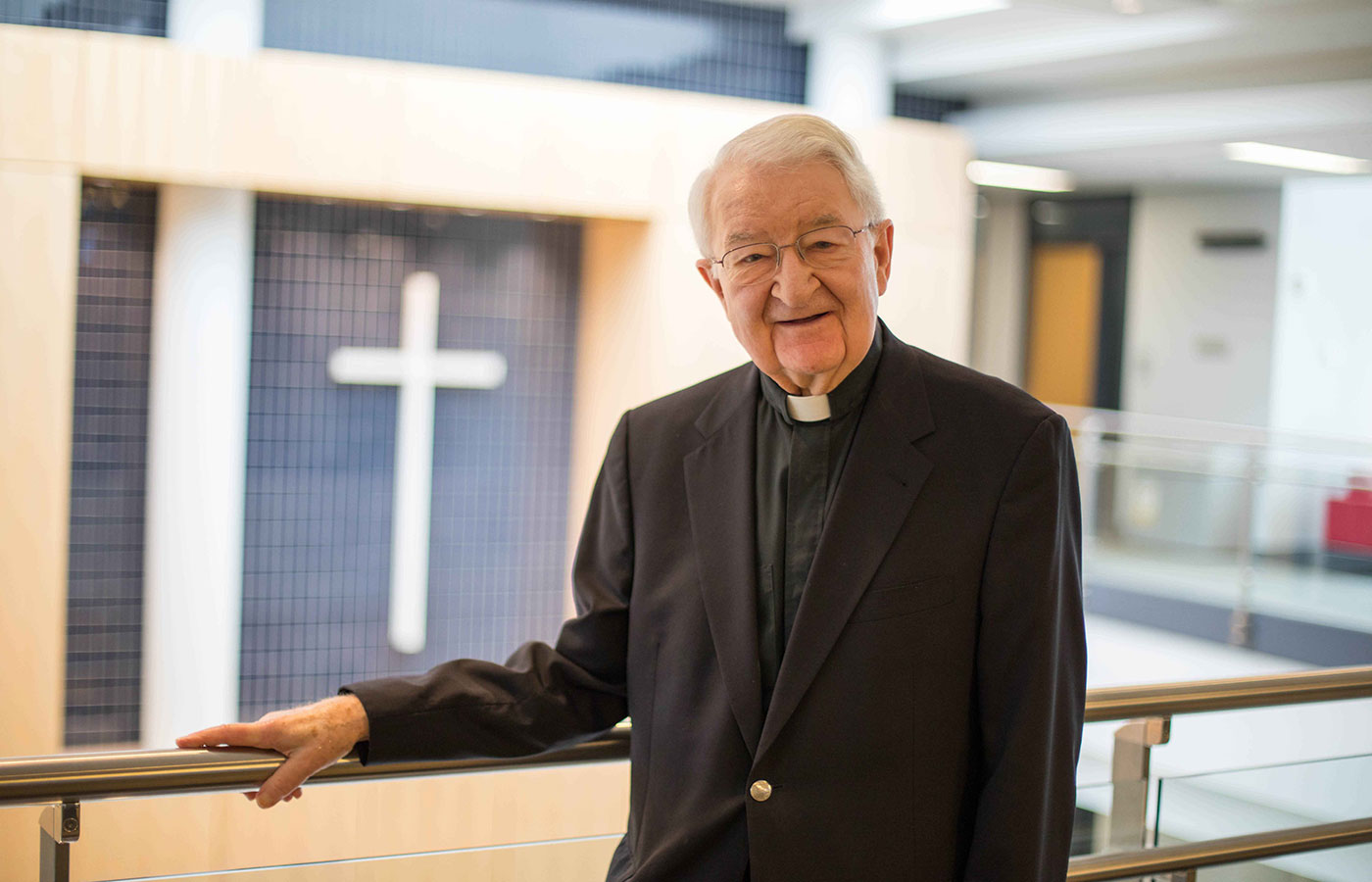 It is with sadness but hope in the resurrection that we share the news of the death of Father Daniel G. Gambet, OSFS, President Emeritus, on February 28, 2022.

From 1957 to 1958, Fr. Gambet taught Latin, French, and religion at Father Judge High School in Philadelphia and from 1958 until 1963, Latin and French at Salesianum High School in Wilmington, Del., where he also served as prefect of discipline.

In 1965, Fr. Gambet began his career at DeSales University, serving as academic dean and a teacher of history and Latin. From 1972 until 1978, he was provincial of the Wilmington/Philadelphia Province of the Oblates of St. Francis de Sales.

In 1978, Fr. Gambet became the second president of DeSales University, serving until his retirement in 1999. Under his leadership, the University underwent tremendous growth in academic reputation and in size. The student body grew from 850 to 2,300; graduate education was introduced as well as a broad spectrum of undergraduate majors.

In addition, physical facilities were greatly expanded; funds under management reached the $25 million benchmark; more than $30 million had been raised for capital projects, endowments, and scholarships; and the budget was balanced in each of the 20 years of Fr. Gambet’s tenure.

In retirement, Fr. Gambet maintained an office at the University as president emeritus and assisted the school with fundraising and community relations. He was active in a number of local and regional organizations, including serving as a trustee of the Harry C. Trexler Trust and a board member of Channel 39, Lehigh Valley PBS. He was also a board member of the Executive Service Corps of the Lehigh Valley, a trustee of the Keystone Nazareth Charitable Foundation, and an executive board member of the Minsi Trails Council, BSA.

An in-demand public speaker in the Lehigh Valley and beyond, Fr. Gambet spoke at nearly every local community group, diocesan function, and parish event, always starting with one of the thousands of jokes and stories that he collected.

Among his many honors are: