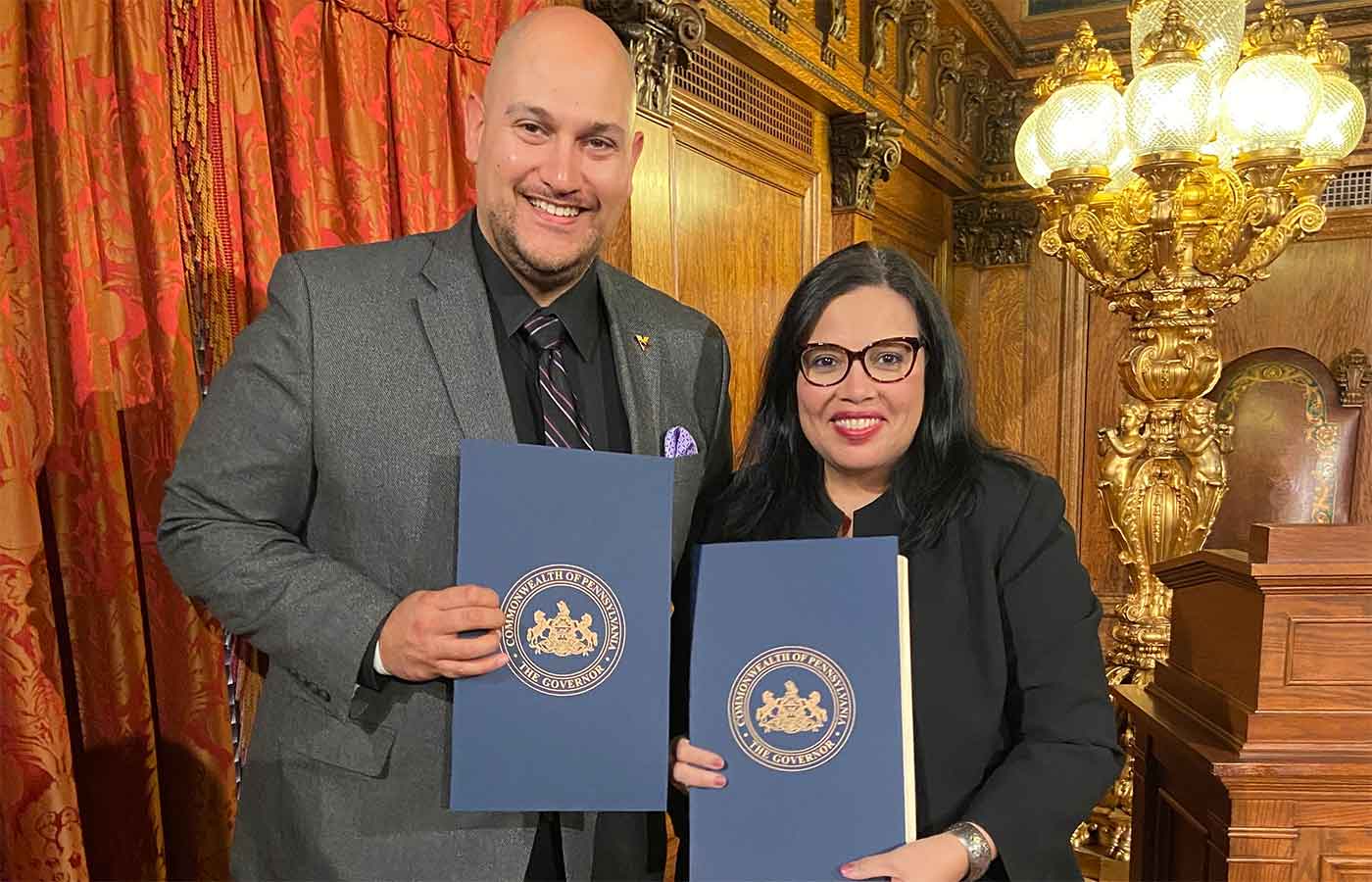 Scott Blair will be sharing his expertise on diversity, equity, and inclusion on the state level.

Blair, associate vice president for diversity, equity, and inclusion, has been appointed to the Governor’s Advisory Commission on Latino Affairs. He was among 30 new and reappointed commissioners sworn in during a ceremony in Harrisburg on February 11.

“The role of the commission is to speak to the challenges and the triumphs of our Latino, Latina, and Latinx community in the commonwealth and to discuss strategies,” says Blair, who will serve on the commission’s education committee. “That information is then provided to the governor and his office for consideration when it comes to policy.”

Nancy Gonzalez, a 1987 alumna and Pennsylvania’s first Latina district judge, was also appointed to the commission. She is set to become an adjunct instructor in DeSales’ criminal justice program in the next academic year. Both Gonzalez and Blair are first-time members on the commission and will serve two-year terms. Blair is also involved in numerous local efforts to advance inclusive excellence, including as chair of Community Action Lehigh Valley's Color Outside the Lines initiative.

“I’m grateful to have this opportunity and to work with amazing professionals across the state as we consider ways to develop meaningful change to address the inequities that we see in the Latinx community when it comes to education, access, and support, not just K-12 but in higher education as well,” he says.