A Conversation on Climate Change with Patrick McDonnell ’95, Secretary of Pennsylvania’s Department of Environmental Protection 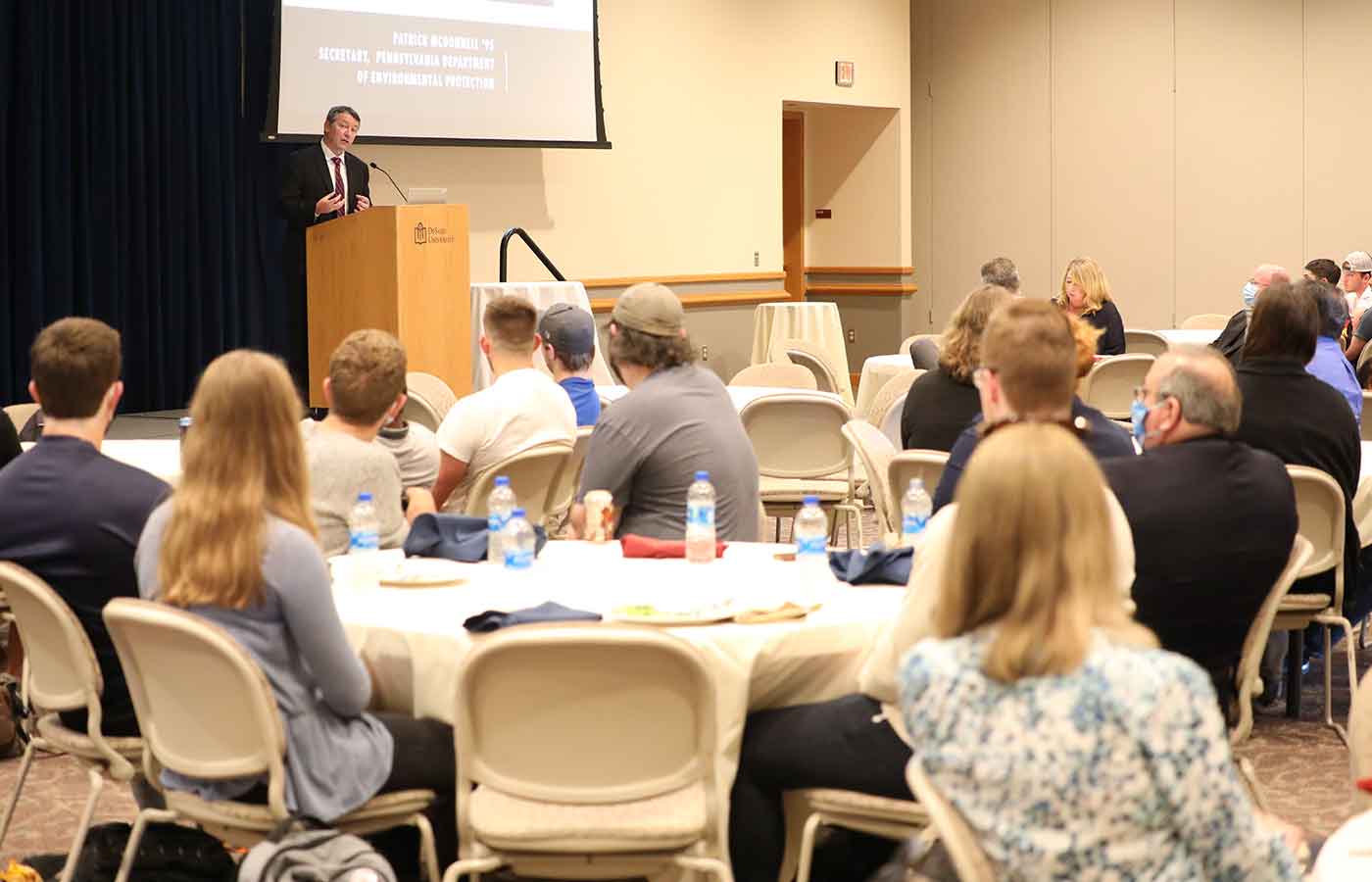 Dozens of climate-concerned members of the DSU community gathered in-person and virtually for a special DeSales Scholar Series with Patrick McDonnell ’95, secretary of the Pennsylvania Department of Environmental Protection (DEP).

“It’s crucial that we as a state play a role in addressing climate change,” said McDonnell. “We’re the fifth largest emitter in the nation. We emit more than some countries like Greece and Portugal.”

While climate change has global implications, its impact on our state is expected to be dramatic. According to McDonnell, the greatest concern for Pennsylvania is increased flooding. While there will be less precipitation overall, the high levels of precipitation during microburst storms will have lasting economic and health effects. From disrupting supply chains to decreasing indoor air quality to disturbing the mental health of affected individuals, climate change is a multi-faceted threat to the commonwealth’s well-being.

“It’s true that we cannot as a state fix climate change by ourselves, but certainly the world can’t do it without us,” said McDonnell. That’s why the department has been working hard to mitigate climate change and to educate citizens about it. Some efforts include cleaning up the electric grid, phasing out traditional gas engines, and planning for increased solar energy usage.

While the state is doing its part to combat climate change, McDonnell urges the importance of everyone being part of the solution.

If you missed the presentation, you can watch the Facebook Livestream now.