The Fate of Afghanistan: Retired Colonel Discusses Country’s Past and Future 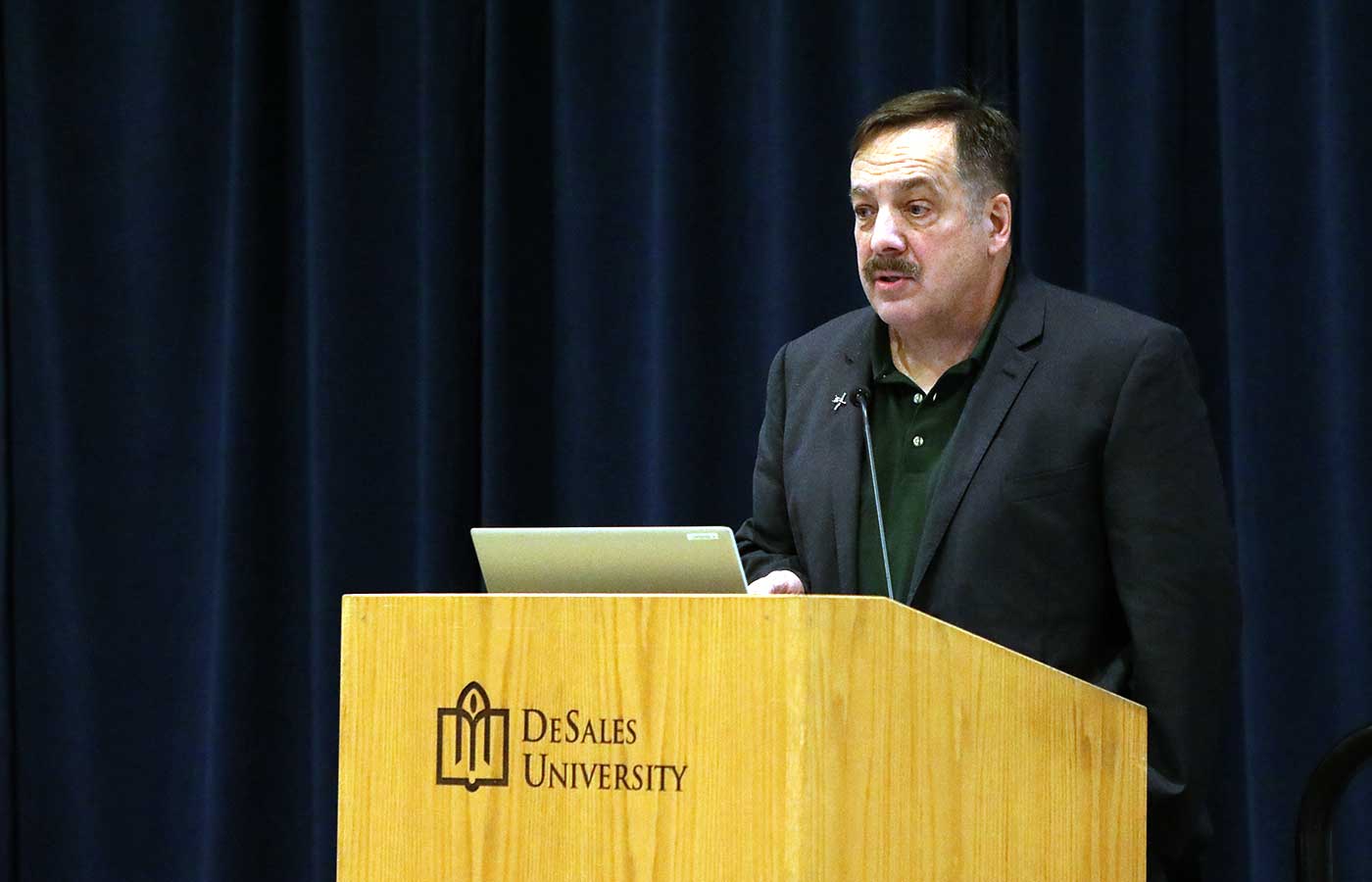 It was 4 a.m. when Colonel Gregory Marston arrived at a blacked-out Bagram Air Force Base—the center of the U.S. effort during the Afghanistan War.

The U.S. hid the base under the cover of darkness to keep the Taliban at bay, and it was the only blacked-out base in the world. During the day, Marston described a much different scene—an apocalyptic landscape filled with burned-out buildings and old war wreckage.

“When new people would come in, I would say, ‘Welcome to the 8th century,’” he said.

Marston, who is now retired, described the unique challenge of serving in Afghanistan during a special panel titled Afghanistan: Then, Now, and the Future—One Veteran’s Perspective. The Center for Homeland Security sponsored the presentation.

Marston offered a non-political perspective on everything from the country’s culture to the rise of the Taliban in the 1990s. The group, which consolidated power after the Russian invasion and occupation, ruled by fear and killed indiscriminately.

“According to the village leaders that I talked to, they would hang people on a regular basis just to show who was boss,” Marston said. “They were very tough and cruel.”

Marston believes that Afghanistan’s fate could have been much different had Taliban assassins not killed Ahmad Massoud, leader of the Northern Alliance, just two days before the September 11th attacks.

“My belief is that if he had lived once the 9/11 events happened, he could have been the guy to unite Afghanistan. He was the one person that had everything—the charisma, the authority, the pedigree in terms of fighting the Russians. He was very revered by the Afghan people.”

The U.S. based its war effort in Afghanistan, Marston said, on learning lessons from the Vietnam War. He called Afghanistan a small operation with a lot of judicious air power. Service members had no days off, were not allowed off base, and could not drink alcohol. Still, the U.S. could not escape the endless fighting cycle that dominated the war.

“We never lost a battle; everything we did was right,” Marston said. “The Taliban would come over in spring and summer and fight us. We would beat them down, and they would go back to Pakistan and rebuild. We couldn’t attack the Pakistan camps, and Pakistan refused to clean out the tribal areas. That was the thing we could not change.”

After the U.S. pullout, Marston predicts one of two paths forward—the Taliban way or the new way. If the Taliban return to business as usual, he believes the group will cast out the news media, cut off the internet and social media, kill its enemies (anyone who worked with the U.S. and its allies), and rebuild terrorist camps.

If the Taliban do agree to change, Marston believes they will live with their enemies and allow the news media to remain. Either way, he said, Afghan society will be ruled by extreme Shariah law and women and girls will continue to be subjugated.