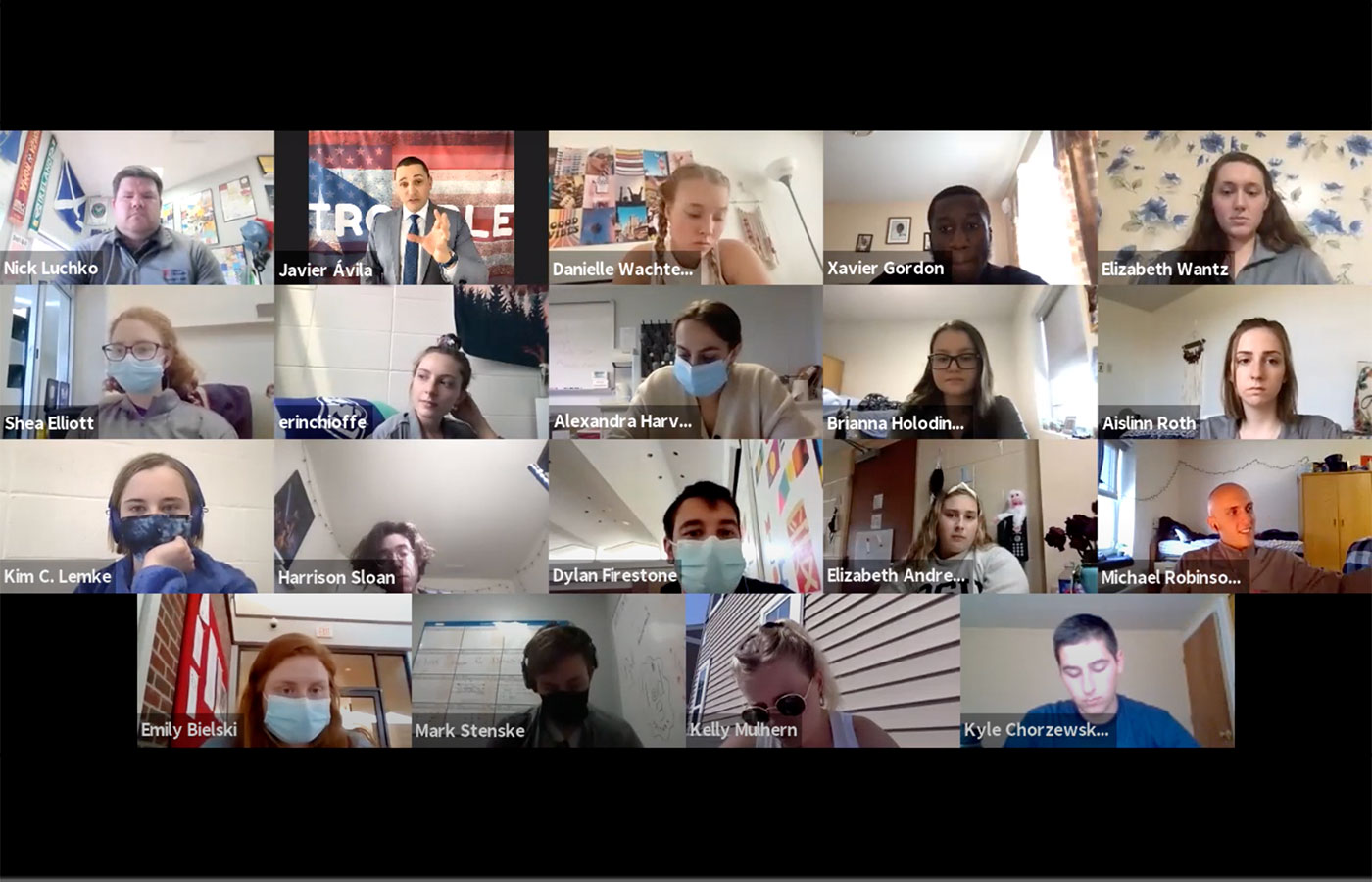 Growing up in Puerto Rico, Javier Ávila always thought of himself as white. It wasn’t until he moved to the mainland that things changed.

“I was not always considered what they call a minority,” he said. “I grew up in Puerto Rico among Puerto Ricans, so I didn’t really think about that. When I became a minority, I realized that one of the burdens is that you constantly have to prove to the majority that you are not a stereotype that they have of you. And that, my friends, can be exhausting.”

Ávila, a professor and poet, virtually presented his one-man show The Trouble with My Name for Character U’s third and final keynote of the semester. He read several of his poems throughout the show, sharing how he was denied service at a restaurant for speaking Spanish and how the FBI followed his grandmother, a Puerto Rican nationalist, for years and considered her a threat to the U.S. government.

Ávila encouraged students to show empathy and understanding, and he compared the work of diversity, equity, and inclusion to the workers who built great cathedrals throughout history.

“The great cathedrals took generations to complete, which meant that the people who started working on them did not live to see the finished product,” he said. “But they still worked tirelessly knowing that they were working on something larger than themselves, and also knowing that this was not just for them, but for the children of their children. That is also the work of inclusion.”