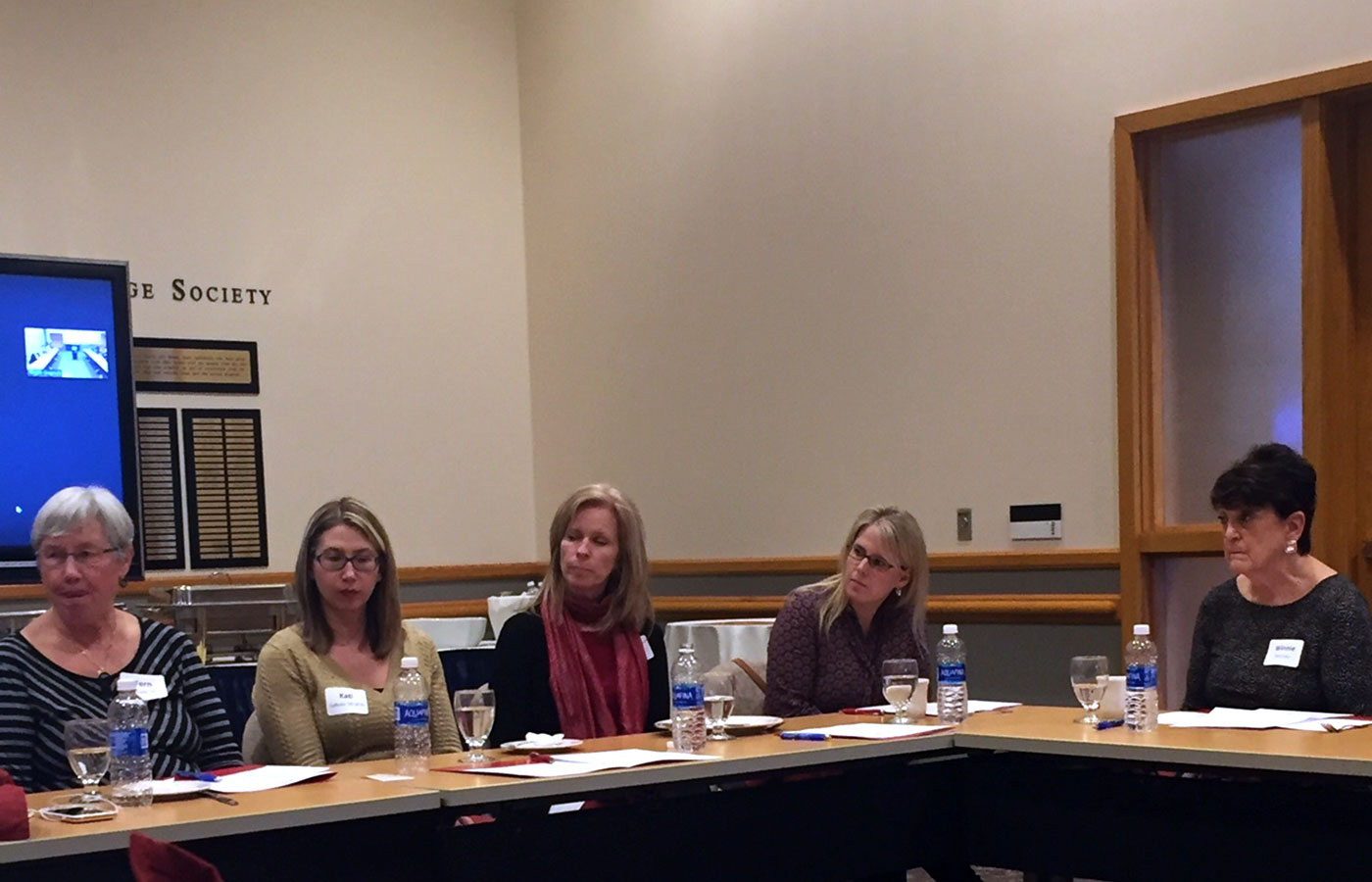 It wasn’t the type of early alert that Wendy Kalamar and the CARE team expected to receive. A student who had always done well academically was suddenly struggling in one particular class.

The CARE team, which is comprised of staff members from across campus, took the time to investigate and discovered why. A devastating house fire displaced the girl’s family and they had lost everything.

The girl spent night after night staying with different friends, some of whom lived far from campus. Getting to her 8:00 a.m. class proved to be a struggle.

“When we heard about these situations in the past, we used to pull our own resources,” says Kalamar. “Now, we actually have a fund that we can go to in these extraordinary situations.”

Women for DeSales was founded as a way to help women embrace their own philanthropy. The group began with 13 women—now known as the founder’s circle. Today, it has grown to 60 participants, with each committed to giving $1,000 or more annually to the fund.

“When we created this group, we built the foundation so that each participant would have a say in where the dollars for the group went, and we’re still doing that. Everyone has a piece of this, and that’s what makes this group powerful. There’s an undercurrent of passion and these women are so included and so involved.”

The women gave $61,000 to a dozen groups for the 2020-2021 funding year—providing funds for everything from lending libraries and summer internship stipends to motion capture suits for animation students. 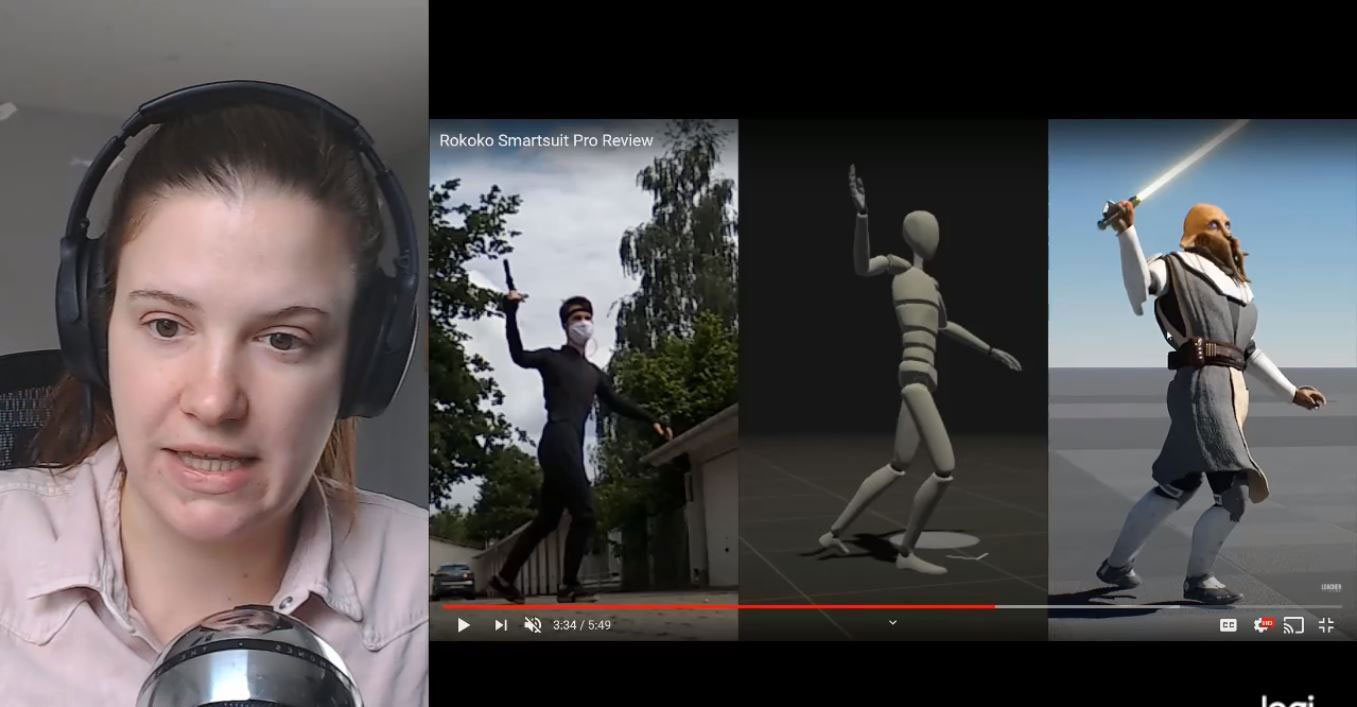 Karen Ruggles, assistant professor of computer science, during her presentation to Women for DeSales. Ruggles requested funding for motion capture suits to give digital art and 3D animation students another aspect of the animation, gaming, and digital filmmaking career field.

Seven of the groups were fully funded, including the Disability Services Office. Carolyn Tiger, director of Disability Services, asked the women for $2,000 to buy equipment for a newly designated Sensory Room in the Dorothy Day Student Union. The equipment—including liquid floor tiles for pacing, a weighted blanket, and a bean bag chair—will help neurodiverse students to decompress.

“Oftentimes, these students may have behaviors that are somewhat awkward or uncomfortable, and doing that in public may not be as accepting by others,” says Tiger.

More than 20 students at DeSales identify as neurodiverse, which can encompass Asperger’s, Autism, or Attention Deficit Disorder. The Sensory Room is a special space where they can go when experiencing a sensory overload. For Tiger and these students, the funding isn’t just about equipment. It’s about a sense of belonging.

“These women are touching the lives of students in such a way that it makes them feel a part of the community,” she says. “Oftentimes, I hear from students that are neurodiverse that they have a hard time fitting in or feeling accepted. Knowing that there are women that care enough to invest in their future means the world to them.”

Not only did the women give to every group that requested funding, three of the groups were overfunded, including the Summer Undergraduate Research Fellowship (SURF) in the Natural Sciences, an eight-week program that pays students to conduct research.

Kalamar and the CARE team also received $3,000 more than they requested. Some of that money went to help a student who couldn’t afford windshield wipers and missed class whenever it rained. Another student, who lost her father to COVID-19, received a Giant gift card to buy Thanksgiving dinner for her family.

“I do get choked up when I talk about these women,” says Kalamar. “I think the other projects that are funded are wonderful, and they’re helping students grow academically. But I feel that when the women are assisting us, it’s a different type of mission. Yes, we want to produce good students, but we also want to show our Salesian hearts.”

While the women are helping to improve students’ lives today, Kalamar believes that the greatest impact will come when the students pay it forward in the future. That’s a sentiment that Therese Steiner ’96, a Women for DeSales member since 2017, can attest to.

“When I was a student at DeSales, I relied on scholarship support and found a supportive community that became like family,” Steiner says. “Someone else’s philanthropic donations made my education possible. Their act of caring was part of the ripple effect of which I am now honored to be a part and that sustains the DeSales community.”