Every year at tax time, Gerald Schmidt and his wife hire an accountant. But this year, they decided to save money by giving the Volunteer Income Tax Assistance (VITA) program at DeSales University a try.

“My wife and I said, ‘Why are we going through all this with our taxes? We do a lot at DeSales, let’s go over and see what the program is about.’”

Schmidt, of Macungie, found out about the program through his church bulletin. He called the number listed and was paired with William Danko, one of the 16 student volunteers who provide tax preparation assistance free of charge. The two spoke on the phone and then scheduled a day to meet in person.

“I came and met with William, he asked me a lot of questions, and told me exactly what to bring,” says Schmidt. “It really was seamless for us. It’s been very successful and we’re very happy with it.”

This is the 20th consecutive year that DeSales is taking part in the VITA program, which is sponsored by the Internal Revenue Service. While most of the clients are seniors like Schmidt, students also provide assistance to people with incomes below $54,000, people with disabilities, students, members of the military, and those who speak English as a second language.

“We just want to help people because taxes aren’t an easy thing,” says Danko ’20, a business administration/prelaw major, who plans to go into tax law. “We want to ease the process as much as possible. If you don’t make six figures, there’s no reason that you have to hire a $300 accountant.”

Students put together the returns, which are then reviewed by faculty volunteers. Dr. Chris Cocozza, head of the Division of Business, has served as VITA coordinator at DeSales since the program began in 2001.

He calls it a win for both the students, who get real-world experience working for a client, and the seniors, many of whom live on a fixed income. Cocozza also notes that many seniors don’t realize they may be entitled to a Pennsylvania property tax rebate.

“When they come in, not only do we do their income taxes but we do the rebate. A lot of them get rebates of up to $500. We save them a couple hundred in preparation fees but we also get them back a good amount of money in refunds and it really makes a difference.”

Chris Cocozza, VITA Coordinator, head of the Division of Business

Since it was first offered, DeSales students have completed more than 4,900 tax returns for more than 2,300 Lehigh Valley taxpayers. Schmidt plans on taking advantage of the program again next year and he encourages others to do the same.

“I’ve recommended this to a number of parishioners because I think people don’t realize that it’s really available,” he says. “They read it but don’t really realize that it can benefit them. It’s benefitted us.” 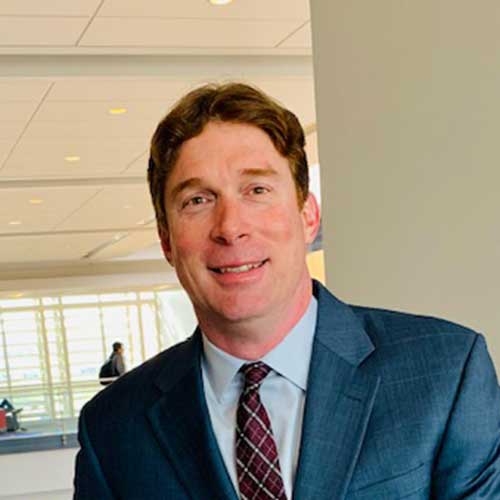