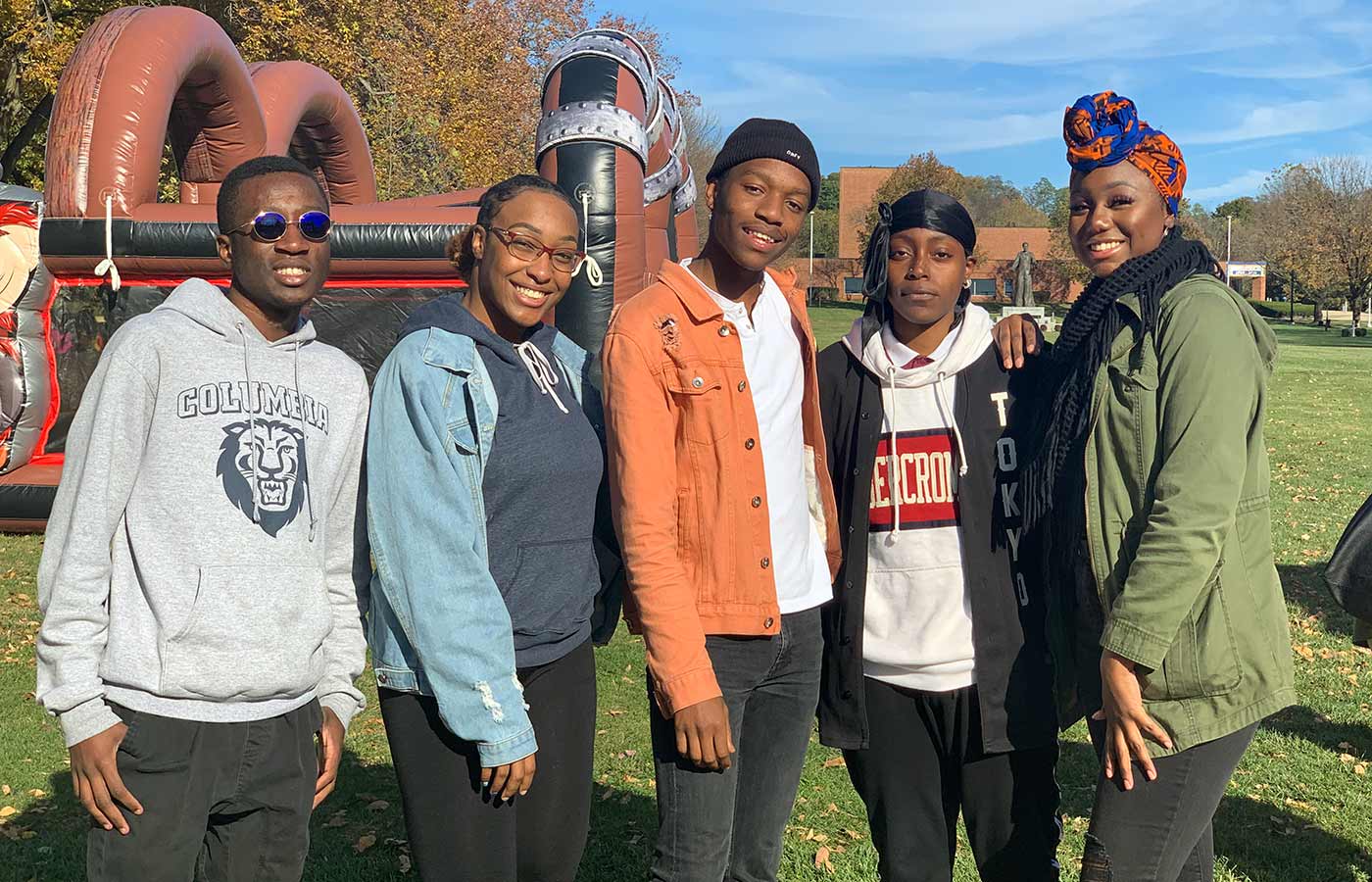 A new student organization is working to shine a spotlight on diversity and inclusion at DeSales.

“We decided that there was a need for African American students to come together and create a safe space to talk about issues and to connect with certain students on campus that we haven’t connected with,” says Peralta, a psychology major who serves as vice president of the organization.

For Amadi, secretary of the club, coming to DeSales from a mostly African American high school in New Jersey was nothing short of a culture shock. Things took a turn for the worse when her roommate left the University.

“You have this moment,” she says. “My moment happened around second semester freshman year. It made me realize I don’t have any friends here at college.”

The club works to forge new friendships by hosting fun events like barbecues and Friendsgiving. It also joined forces with the baseball team to bring actor John C. Chalberg to campus. Chalberg portrayed Branch Rickey, the man who broke the color barrier in Major League Baseball by signing Jackie Robinson.

Eight members of the Black Student Union recently went to an inclusion leadership conference at Temple University, and they’re working to implement some of the ideas back here in Center Valley.

Part of their initiative is to make sure everyone on campus—from students to faculty and staff—is welcome at their meetings, regardless of race, religion, or age. Discussion topics range from cultural appropriation in the fashion industry to interracial dating, police brutality, or a hot topic in the media.

While the group wants to see more racial sensitivity on campus and a better retention rate among African Americans, it welcomes Father James Greenfield’s push to make unidiversity a top priority.

“What Father Greenfield is doing is a great first step but I think now we have to concentrate on keeping the momentum,” says Crumety, president of the organization. “Inclusivity and diversity—there’s a lot to unpack on a campus. It’s always an ongoing project; you always can improve.”