From Saudi Arabia to Center Valley: A Most Unusual Valentine's Day Reunion 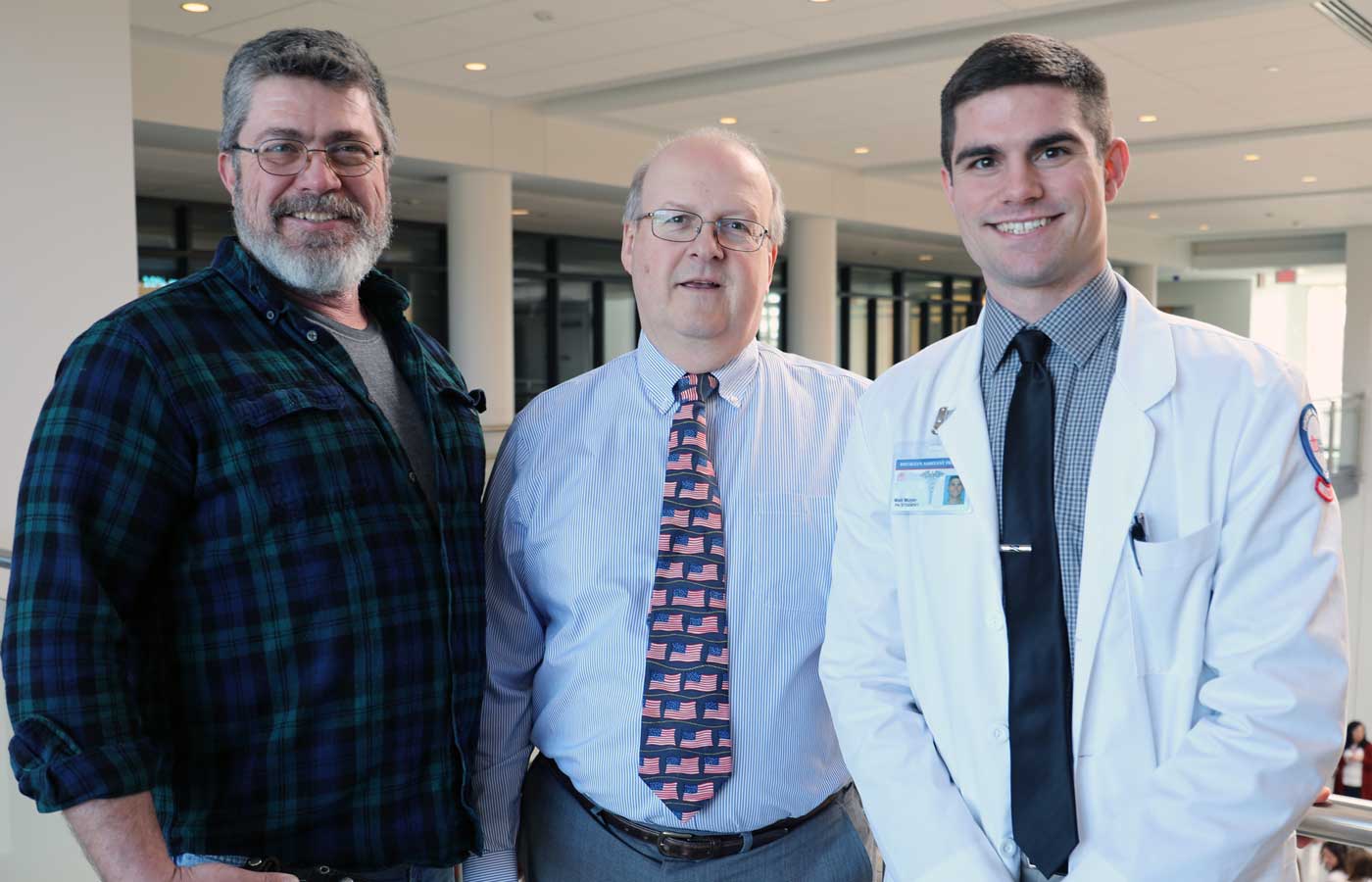 Dr. Wayne Stuart shares his story of how a PA student helped him reconnect with a soldier on whom he operated in Operation Desert Shield/Storm.

In November 1990, I was an Army Orthopaedic Surgeon assigned to the 5th MASH in Dhahran, Saudi Arabia, participating in Operation Desert Shield.  I evaluated an injured soldier in the emergency room who had been wounded in the knee by a large knife.  The knife had severed the peroneal nerve on the side of the knee, so I took this soldier to the operating room and repaired the nerve.  The soldier was then evacuated by air, first to Germany and then to the States.

Yes, the date is the same, and his surgery was in Saudi Arabia during Desert Shield.  The details match —  I was the very surgeon who operated on Matt’s father 30 years ago.

I served a total of nine months overseas in Desert Shield/Storm and then returned to Ft. Meade, Maryland, to serve the rest of my time in the Army. I left the Army in 1994 and moved to Pennsylvania, where I established an orthopaedics practice.  Later, I began adjunct teaching at DeSales University and, in 2006, became a full-time faculty member in the Physician Assistant Program at DeSales.

Flash forward to November 2019, teaching a class in anatomy to my students. Talking about the nerves of the lower extremity, I tell the story of how I once repaired a nerve laceration in a soldier. One of my students, Matt Moyer, seems to feel the story is familiar, so he texts his father, who sustained a knee injury overseas. Yes, the date is the same, and his surgery was in Saudi Arabia during Desert Shield.  The details match —  I was the very surgeon who operated on Matt’s father 30 years ago.

On February 14, 2020, I reunited with Matt's father, Steven Moyer. He still has the knife that caused the injury, and I still have the surgical loops (magnifying glasses) that I used to repair the nerve.  We reminisced about the war and agree that Matt is a good student and should become a great PA.

And we both agree that the world is, indeed, smaller than we realize. 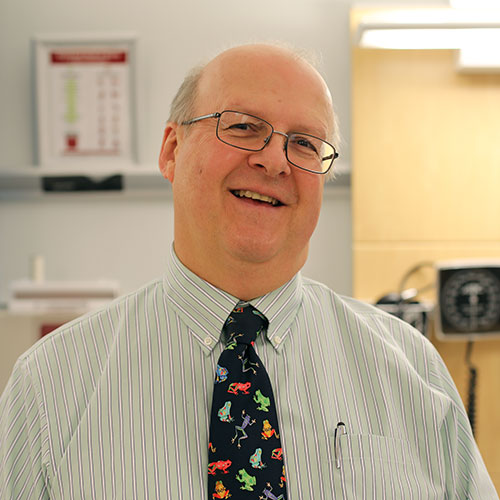