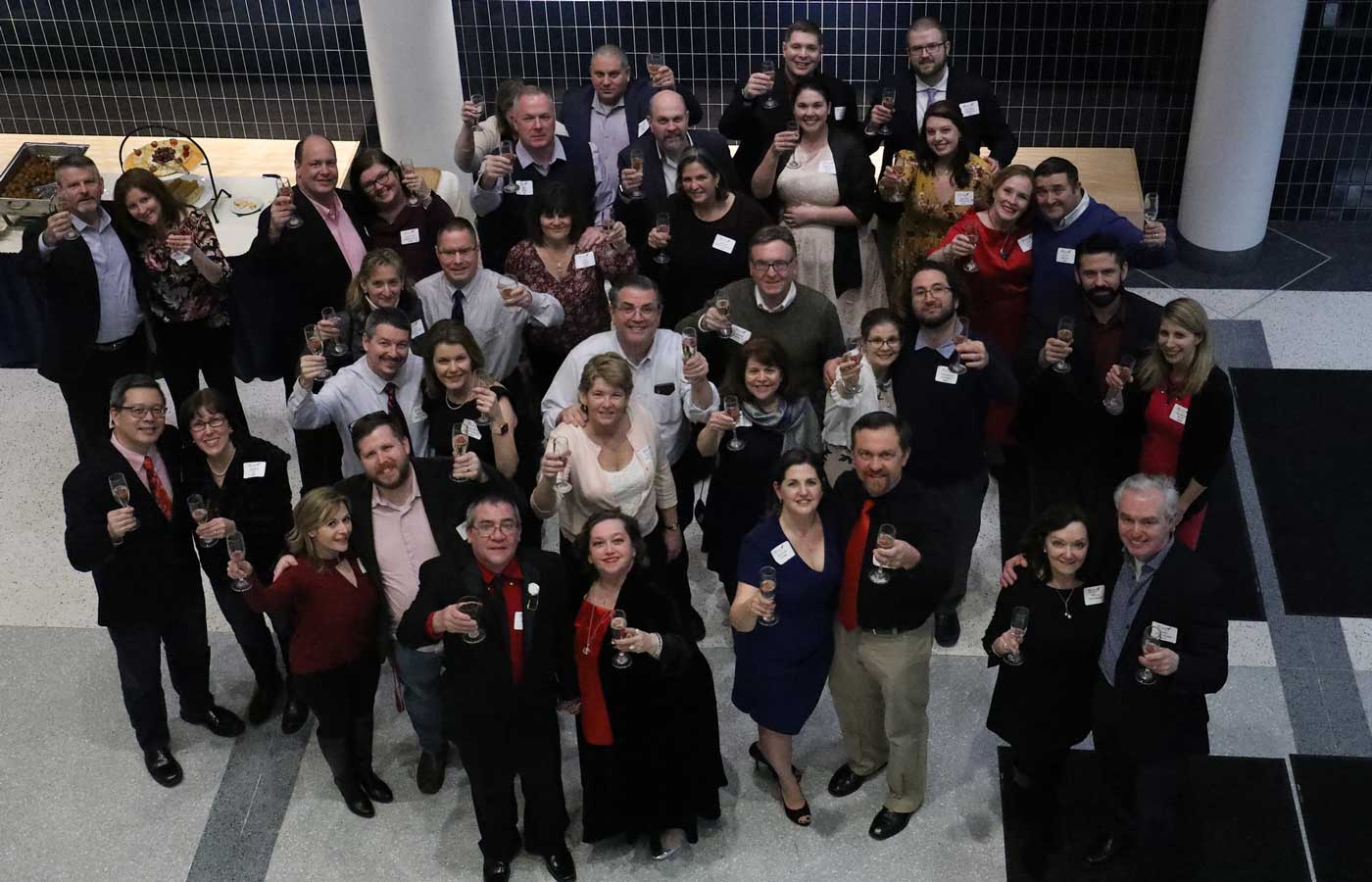 More than 20 alumni couples filled the candlelit pews of Connelly Chapel for a special celebration of love and marriage on Valentine's Day. 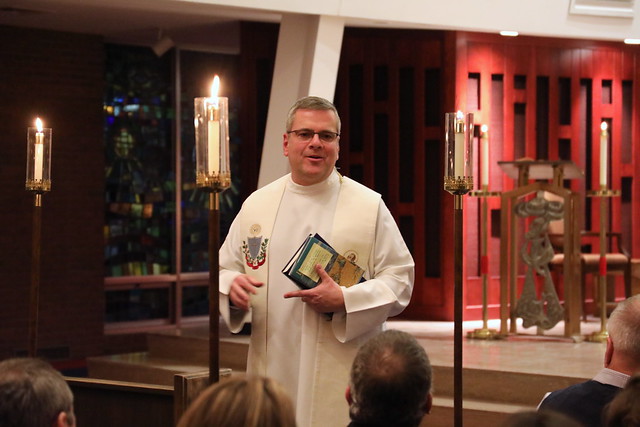 They gathered to begin a new tradition at their alma mater—saying “I do” all over again during an intimate vow renewal ceremony.

“There’s a lot of romance in the air; we love that,” said Father Kevin Nadolski, OSFS, vice president for mission, who officiated. “It’s great that you’re home here to celebrate love.”

Father James Greenfield, OSFS ’84, president of DeSales, also took part in the ceremony playing the piano. At Nadolski’s invitation, the couples stood to introduce their spouse and stroll down memory lane.

Some have been married decades, others only a few years. Most met on campus, including Jeff ’07 and Beth ’07 Dietzler, who were introduced on the first day of theatre class.

“He made a really weird announcement when they did roll call,” said Beth. “Instead of saying here, he said, ‘I am a banana.’ From then on, I’ve always said I’d marry that guy, and that guy became the guy.”

“There’s a lot of romance in the air; we love that. It’s great that you’re home here to celebrate love.”

Frederick ’01 and Elizabeth ’01 Mattrey met during freshman orientation but didn’t hit it off right away. Frederick joked that his future bride wasn’t in the best of moods after her roommate spilled a gallon jar of pickles in their dorm room.

“The whole room smelled like pickles,” Elizabeth said smiling. “It was a rough start.”

The two met again in class and went on to become lab partners before dating and eventually becoming life partners. They say coming back to DeSales to renew their vows just seemed like the right thing to do.

“This place is very meaningful for us,” said Frederick. “This is where our relationship started; this is where we met a lot of our lifetime friends. I’d be very proud of my children if they came here someday.”

Looking around the chapel, Fr. Nadolski estimated that the couples shared a combined 600 years of marriage and wisdom. He then invited them up to the alter as they joined hands to recite their vows.

“It’s humbling to stand before such profound experience of the most important things in life: love, patience, passion, tenderness, respect, forgiveness,” he said.

After the ceremony, the couples gathered in the Gambet Center for a cocktail reception and champagne toast. Mike Ritchie ’90, director of alumni relations, came up with the idea for the event after a social media post last Valentine’s Day—asking alums to share their DSU love story—drew a massive response.

“I thought this is a no brainer; let’s make this happen,” says Ritchie, who renewed vows with his wife, Carmel, of 18 years. “That’s what Valentine’s Day is all about.”

Ritchie plans to make the ceremony an annual event.