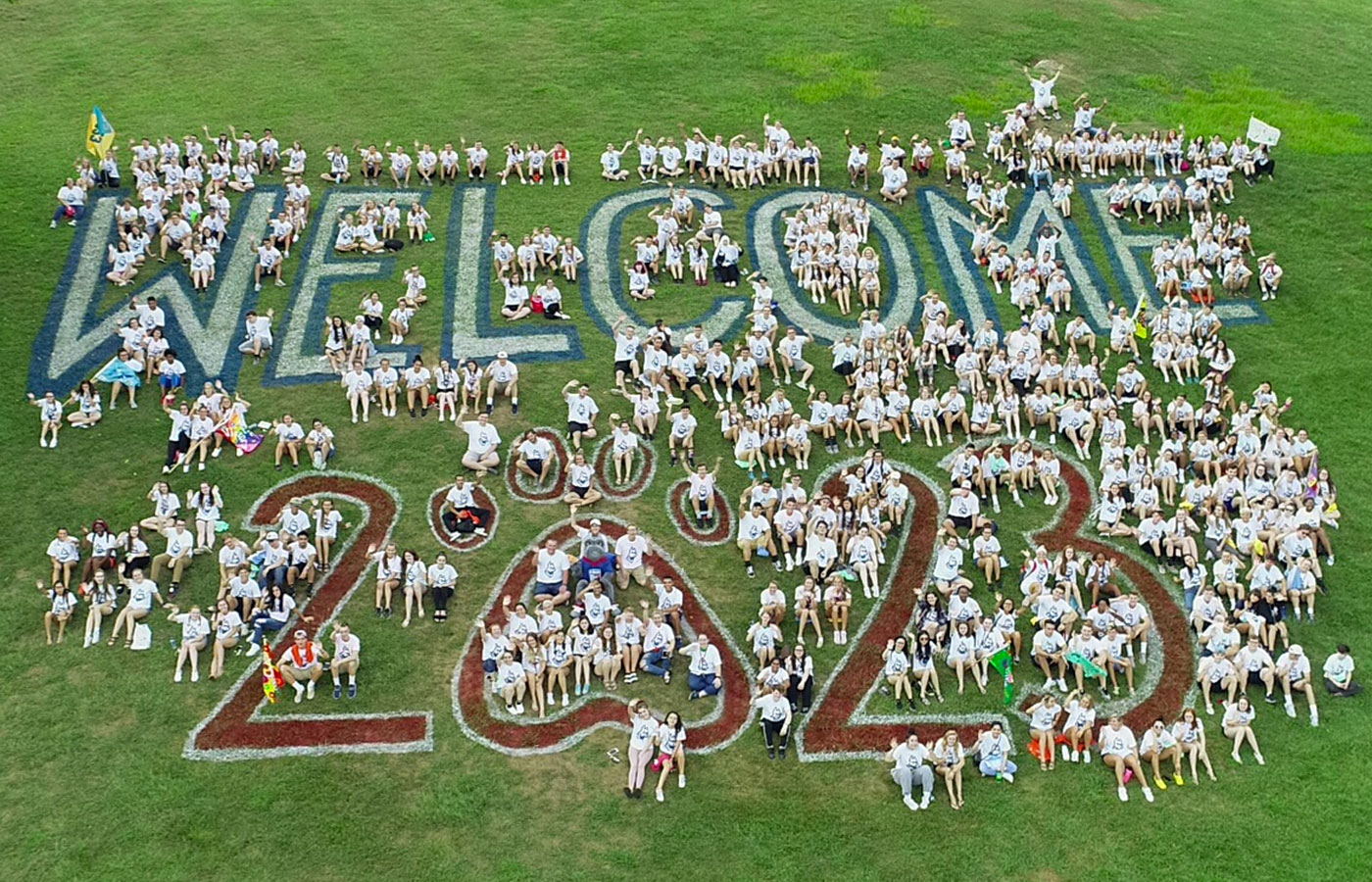 Students in the Class of 2023 settled into their home away from home during DeSales University’s opening day and orientation.

The class—with an estimated 492 first-year students—took part in a number of fun activities, forging new friendships along the way.

Students were split into eight Character U pods to work on three service projects: making feminine hygiene products for women in South Africa, plarn mats for the homeless, and decorations and signs for the Special Olympics Pennsylvania Eastern Fall Sectional, which will be held on DeSales’ campus on October 13.

“I love all the friendly competitions,” says Daniel Stewart, a theatre major who sang Frank Sinatra’s “My Way” for pod seven during the singing competition. “All the mentors are super passionate about it, which makes it really easy to get into.” 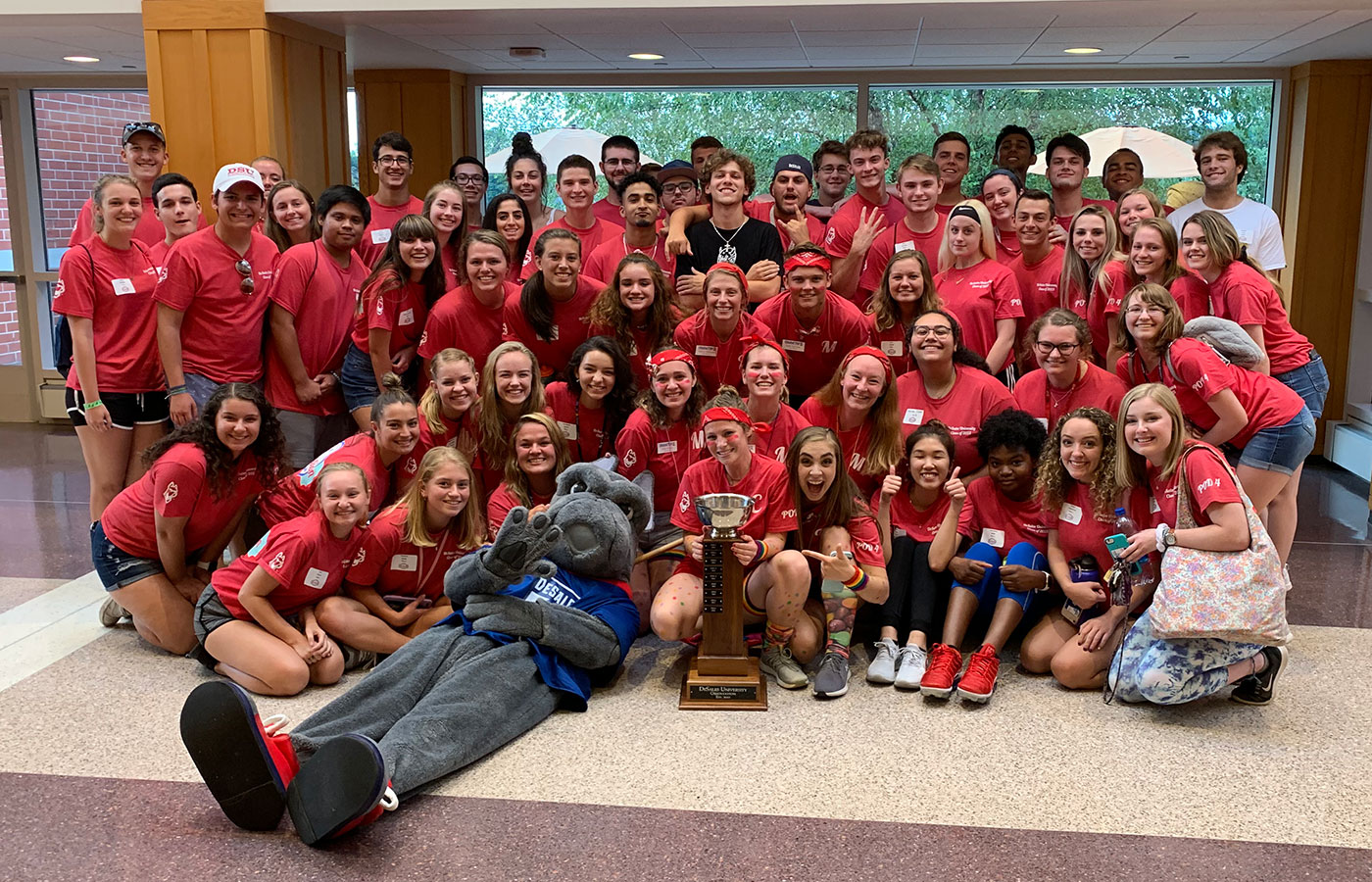