Maggie Riggins Keeps Faith in the Forefront in New Show 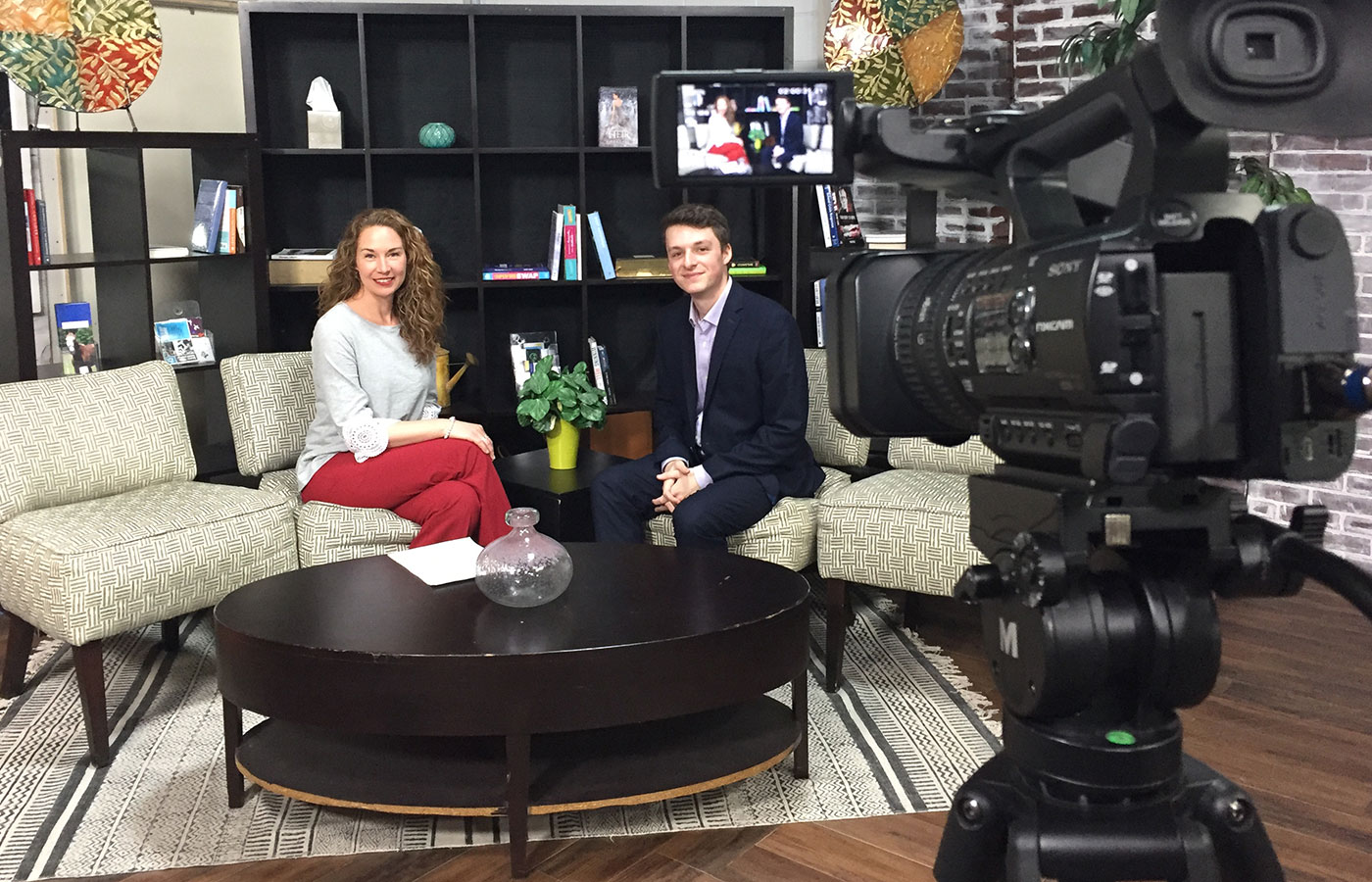 Maggie Riggins '99 isn’t afraid to talk about her faith. She does so on a daily basis as director of campus ministry, and now, she’s sharing her message on a new platform.

Riggins is the host of In God We Trust, a show on RadioVision Network (RVN)—an online streaming organization—that focuses on religion, spirituality, and sacred places.

“The goal is to simply get people to think about God,” she says. “One of the owners wanted to create the show because he’s heartbroken over the fact that people have given up on God or don’t believe in God anymore.”

Riggins was tapped for hosting duties after appearing as a guest on another RVN show, The Positive Side. While she’s never had a problem with public speaking, being in front of a live camera is an entirely different experience.

“When you put a camera in my face, I’d freeze and get tongue tied and nervous. But it’s not every day that somebody is offering you an opportunity to host a show. You don’t say no to that.”

The show doesn’t focus on one faith in particular; instead, it offers a wide scope. Topics have ranged from Hinduism and Buddhism to photography and art. Riggins will take a hiatus once the fall semester starts, but she hopes to get back to her hosting duties.

“I look forward to it every time we film. You can say it’s an interview, but to me it’s just a flowing conversation. Nothing is scripted. There’s a beautiful level of intimacy in a sense.”