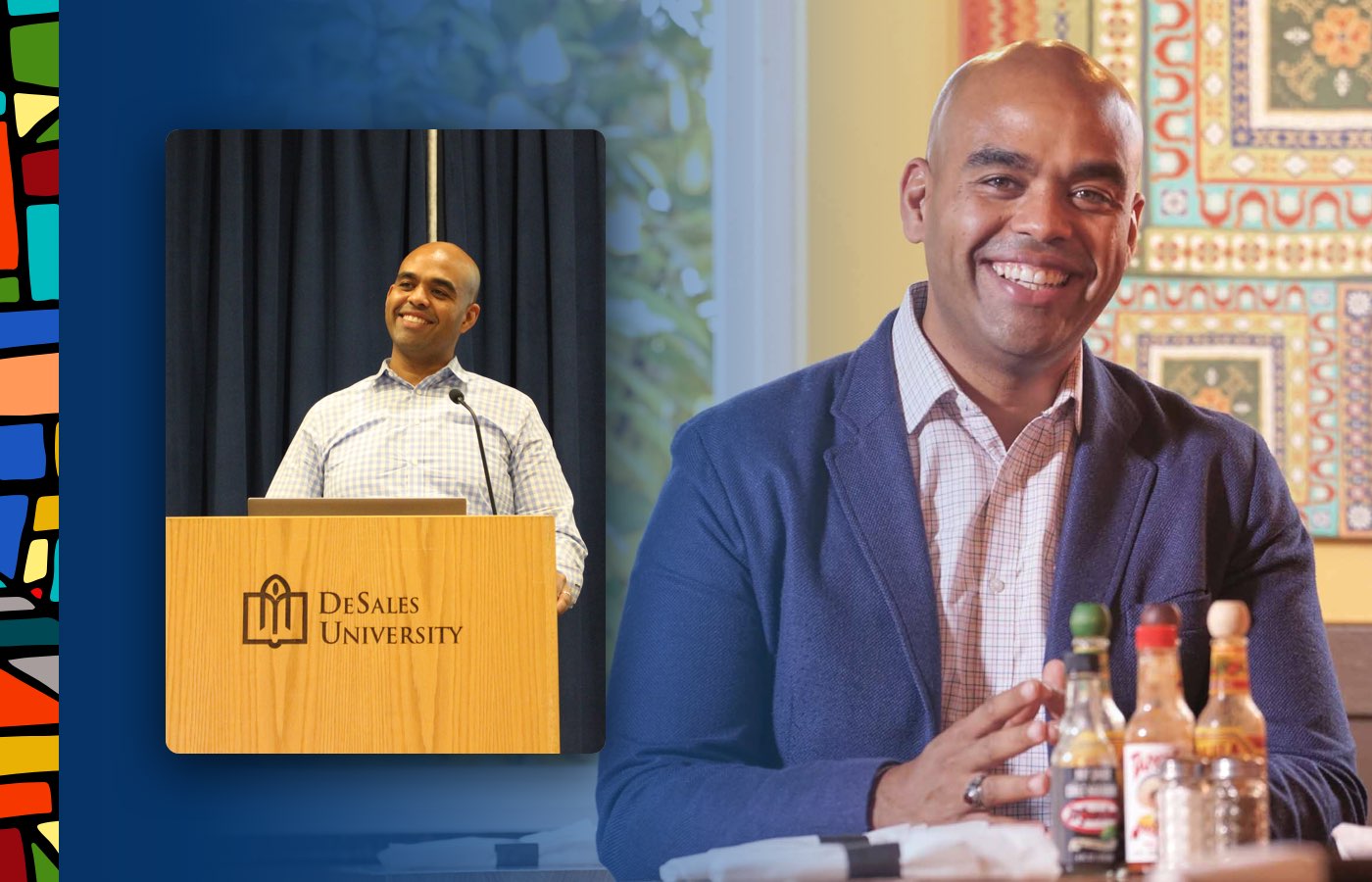 What’s the secret to succeeding in business? For Juan Martinez, it all comes down to one word: grit.

The 2010 MBA graduate owns the popular Don Juan Mex Grill chain in the Lehigh Valley, and he returned to campus to share his story of success with students, faculty, and staff.

“In life, there are going to be a lot of obstacles,” he said. “You’re going to come across naysayers telling you, ‘no, you cannot do that.’ You’re going to be shut down. You have to believe in yourself and have that passion, that fire, that love to keep pushing and moving forward.”

Martinez was born and raised in the Dominican Republic and moved to the United States at the age of 16 in search of a better life. But adapting to a new language and culture proved challenging, and not everyone believed in Martinez the way he believed in himself.

During his senior year of high school, while his friends were applying to colleges, a guidance counselor advised him to go to vo-tech because she didn’t think he could get into college.

He took the counselor’s advice and went to vo-tech. But then he followed up his education with a business administration degree from Lehigh Carbon Community College before going on to graduate from Muhlenberg College.

During his time in DeSales’ MBA program, Martinez put together a business plan to one day own a chain of fine Mexican restaurants. The plan served as his guiding map and as soon as he graduated, he put it into action.

“I was very decisive that I was going to start my own business. I found a building in Easton, acquired the property, and turned it into our first restaurant.”

Don Juan has grown to five locations today, including a Mex Grill & Cantina in Macungie. But Martinez’s journey to becoming a successful business owner wasn’t always an easy one. Early on, he found himself in financial trouble.

“There was a point where I was two months away from going belly up, from losing everything. I cannot explain the feeling when you have a family and employees depending on you, and you know the ship is going down.”

Martinez credits grit with keeping him going. He fought the instinct to quit and after his third year in business, things finally took off. Today, he’s living his dream and helping to make a difference in the communities he serves and also back in the Dominican Republic.

“If I would have listened to people, I would probably be working at a factory. Nobody knows the fire that you have inside of you; only you know it. Follow your passion and don’t let anybody tell you that you cannot do it.”