Rugby Rising in Popularity at DeSales 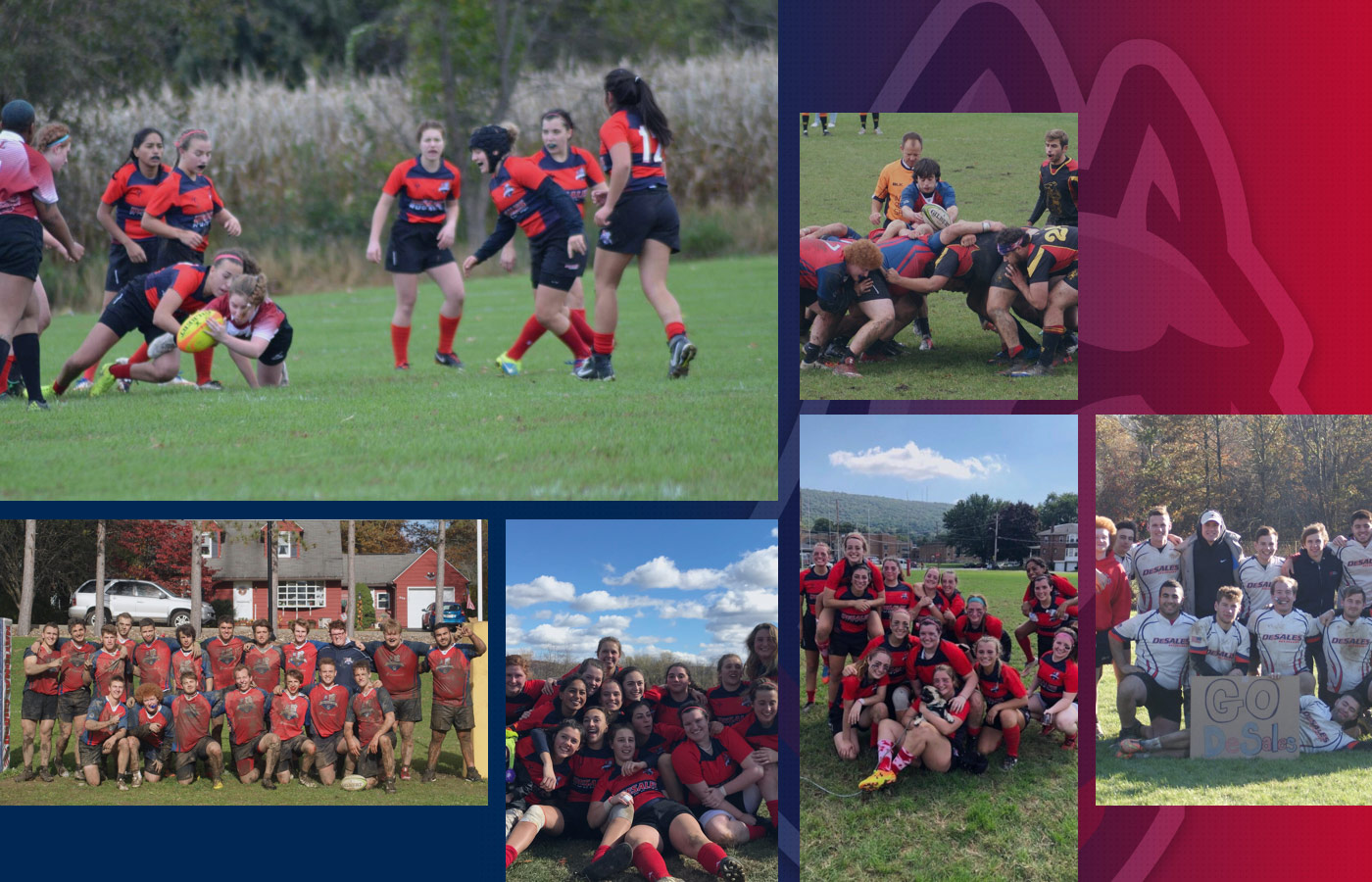 When Louis Riccardelli first came to DeSales, like many other freshmen, he found himself in a new environment without many friends. But a chance encounter during orientation helped to define his college experience.

He walked past a member of the men’s rugby team, who was out recruiting new players. “Do you like hitting people,” the upperclassman asked, piquing Riccardelli’s interest.

“I’ve been playing football since I’m four years old,” he says. “Hitting people in contact sports was like second nature to me.”

Riccardelli quickly joined the men’s intramural rugby team, becoming one of 15 freshmen recruits—the largest in the team’s history. The men’s team started in 2011 and the women’s team was founded three years later.

Rugby is a mix between soccer and football, and it’s considered one of the fastest growing sports in America. Players can kick the ball, toss it, and tackle the competition.

“Other games you can just be athletic and be fine,” says Matt Heineman, an officer on the men’s team. “But in this game, you have to know what you’re going to do five steps ahead. It’s different than anything I’ve ever played before.”

Simran Bhamra, president of the women’s team, grew up playing rugby in England. She helped to recruit players to the team, including Morgan Kaschak, who now serves as head coach.

“At first, I was kind of iffy about it,” says Kaschak. “But I ended up really loving the sport.”

Playing a new sport can be intimidating for anyone, especially one that’s full contact. But the rules of rugby are geared toward keeping players safe.

“Everyone knows it can be a pretty aggressive, vicious sport,” says Heineman. “There’s a mutual respect between both sides. We both want to have a clean, fun game.”

Adds Zach Henry, president of the men’s team: “A lot of guys play safe. They’re playing the same sport as you so they don’t want to be getting clotheslined.”

The teams are entirely student run, with each having a president, vice president, and match secretary. Team leaders are responsible for everything from coordinating games and referee assignments to filling out expense reports.

Both teams experienced growing pains early on, with each having winless seasons. But the men recently made it to the championship game and the women had a winning record.

While the sport isn’t for everyone, Kaschak and Bhamra encourage students to step out of their comfort zone and try something unique.

“When girls first come out, they really don’t think they can do it,” says Bhamra. “Then they get out there and that’s when you see they really enjoy it.”

Players spend time together on and off the field, with team dinners and bonding nights before games. Alumni routinely come to home games to cheer on their former teammates. Both teams hope to eventually make rugby a varsity sport. But for now, they simply love the game and the friendships they’ve forged.

“This year was very rough because I’ve never been away from home,” says Riccardelli. “Joining the rugby team really helped me meet a lot of people. My closest friends are on the team. I look at it as a brotherhood.”