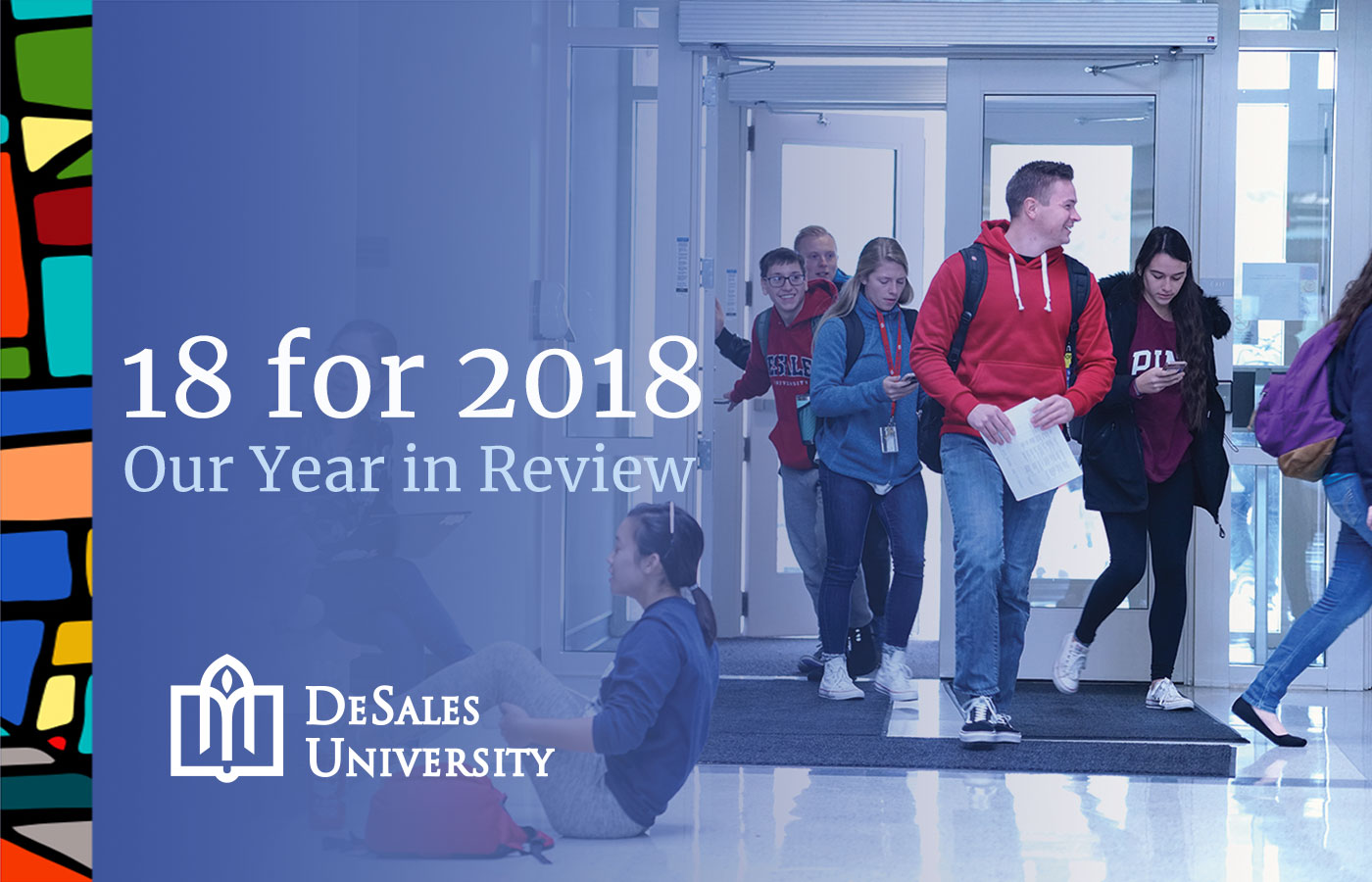 “The beginning of good things is good; the progress, better; the end, best.”

The countdown to 2019 is on, and DeSales is looking back at some of the most popular stories of the year. From the Special Olympics to Father Greenfield’s inauguration, these stories show what it means to “be who you are and be that well.”