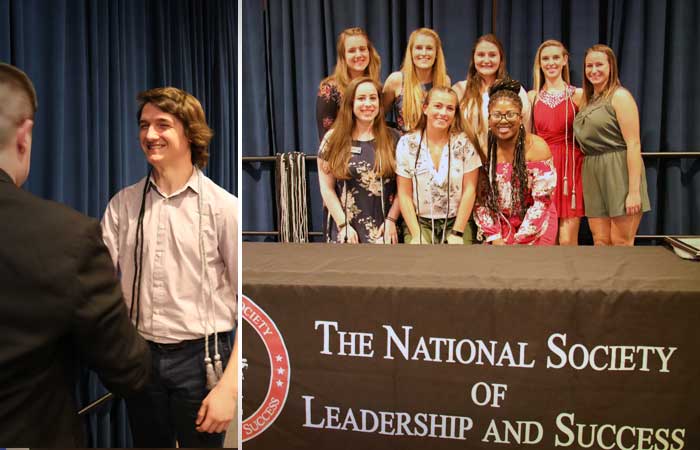 The students were inducted into The National Society of Leadership and Success (NSLS) during a ceremony in the DeSales University Center. To join, students must be selected by someone on campus based on their leadership and involvement in campus activities.

"This program is a great way to have student leaders from different organizations come together as one for all the same reasons," says Megan Haugh '20, an early childhood education major. "We're all here to better ourselves as individuals and leaders."

"It's something unique," says Chris Hudak '19, a computer science major. "It's one thing to be a student leader among other peers. It's different to be part of something where a leader is grouped with other leaders."

This is DeSales' first year in the society, and it joined at the request of alumna Marissa Curry '09. To date, 195 students have signed up, including the 54 inductees.

"One of the great things about this is you don't have to complete it in one semester or a year," says Christina Grochowski '19, a biology and political science major. "You can complete it by the time you graduate. So it's very easy to fit it to your personal schedule and still work on becoming a leader."

The following students were inducted into the NSLS: