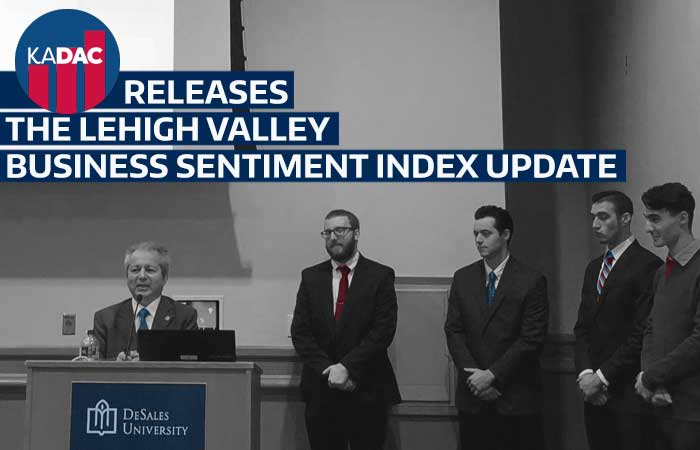 The newly formed Kamran Afshar Data Analytics Center at DeSales University (KADAC) has released its first report, which shows that business sentiment is high in the Lehigh Valley.

"Businesses are hiring," said Afshar. "They are not laying off. We are looking at a situation where full employment is upon us."

The survey found that businesses continued to hire without any decline over the past six months, and they are optimistic going forward. But Afshar warned that the Lehigh Valley's population is aging faster than the national average.

"We are retiring a little bit faster and our labor force is also starting to drop," he said. "That is an issue that we will have to face if that trend continues."

Both purchasing and revenues saw a spike after Congress passed the new tax bill. But despite those increases, the long-term trend for both future purchases and revenues is dropping.

Afshar calls it an interesting process and says the next survey, which will be conducted in April, will better gauge the impact of the tax bill.

KADAC is a joint effort between Dr. Kamran Afshar, a noted economist, consumer researcher, and data analytics expert in the Lehigh Valley and the DeSales University Division of Business.