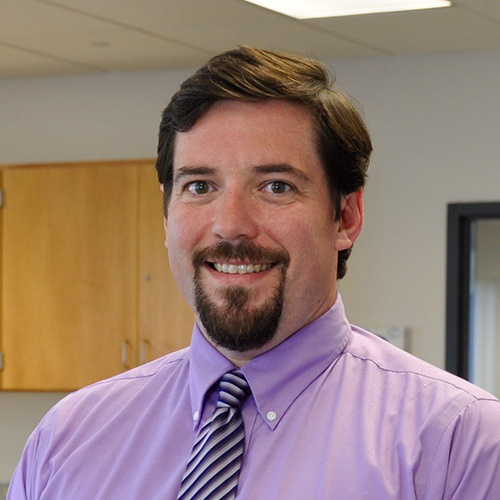 Dr. Steven Sweeney joined the faculty at DeSales University in the Fall of 2014, where he is assistant professor of physics. He earned his BS with honors in physics at Moravian College in 2003. He served as a National Science Foundation Teaching Fellow for three years while earning his MS (2005) and Ph.D. (2008) at Lehigh University, receiving the Elizabeth V. Stout Award for his dissertation on laser-based atomic and molecular spectroscopy of alkali metals.

At DeSales, Dr. Sweeney is currently responsible for teaching both algebra- and calculus-based introductory physics courses. In addition to these, he has offered a general education course entitled Hollywood Physics for students to fill their MOT science requirement. In this course, he and the students use popular movies as a focal point for examining the laws of nature. Outside of the classroom and laboratory, he spends as much time as he can with his wife and three sons, traveling with family, and enjoying time at zoos, aquariums, science centers, and soccer fields.