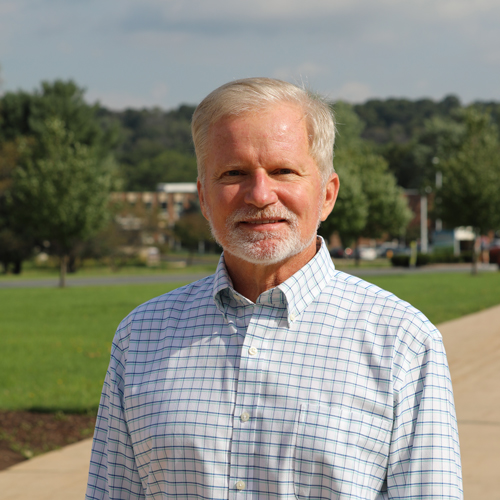 Dr. Stephen Carp is an associate professor in the Doctor of Physical Therapy program at DeSales University.  His Ph.D. is in Motor Control and he is also a Geriatric Certified Specialist.  He teaches in the areas of geriatrics, clinical medicine, professional development, management of physical therapy practices, and research.

His areas of research interest include: effectiveness of non-government support of the poor, doctoral program admissions, and exercise and its relationship to cognition and fall-risk.
He has authored over 15 publications and has published two textbooks with the most recent: Foundations: An Introduction to Physical Therapy, published in January of 2019. In addition, he has authored four book chapters. He has served as an item writer for the Federation of State Boards of Physical Therapy and has developed three continuing education programs for the APTA.

He is a journal reviewer for six journals including the Journal of the American Physical Therapy Association and is a grant reviewer for the U.S. Army and the Army Medical Research and Material Command and the Occupational, Safety and Health Administration.

He has a broad service agenda including co-directing the Norristown Immigration Clinic, vice-president of Society of Saint Vincent DePaul, and directing the pro bono Rehabilitation Clinic at St. Catherine’s Infirmary in Germantown, PA.  For the past seven years he has led a physical therapy student-directed service trip to Guatemala.

Dr. Carp maintains a clinical practice at Chestnut Hill Hospital, Philadelphia, PA.  He resides in Harleysville, Pennsylvania with his wife Diane. He and Diane have four children and two grandchildren.