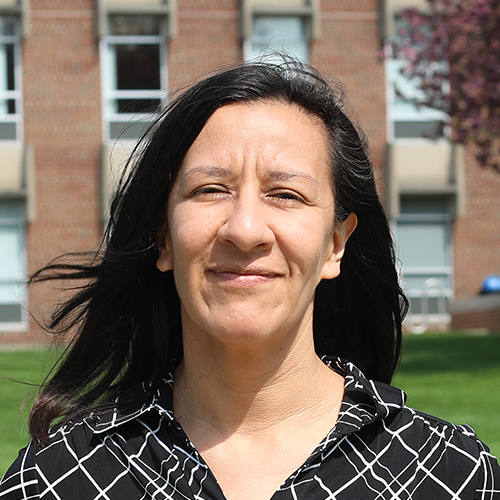 María Cristina Campos Fuentes was raised and educated in Mexico City, where she finished her undergraduate studies in communication and journalism at the Universidad Autónoma Metropolitana in Mexico City; in that city she was a journalist for the Consejo Nacional para la Cultura y las Artes. After that, Dr. Campos Fuentes earned a master's degree from the Institut Français de Presse at the University of Panthéon-Assas in Paris. In the United States, she finished an MA in Spanish language, cultures, and literatures from the University of Tennessee.

Since 2011, Dr. Campos Fuentes is the co-owner and co-editor of the academic journal L'Érudit franco-espagnol (www.lef-e.org). LEF-E is an open-access online journal dedicated to publishing scholarly essays that engage issues and ideas in connection with the literature and culture of Spain, Latin America, the Hispanic population in the United States, France, and the Francophone countries. The journal is fully peer-reviewed with more than 190 referees from the United States (from more than 40 different states), Argentina, Canada, Ghana, Germany, and Spain (www.lef-e.org/board_of_referees). LEF-E's board of referees includes faculty from universities such as Brown University, Emory University, Penn State University, The Johns Hopkins University, Vanderbilt University, and West Point. LEF-E appears twice a year (the first issue was published in Spring 2012) and is indexed in the MLA Directory of Periodicals, the EBSCO Publishing database, and Dialnet.

Dr. Campos Fuentes joined the faculty of DeSales University in 2008. She is a tenured associate professor of Spanish.