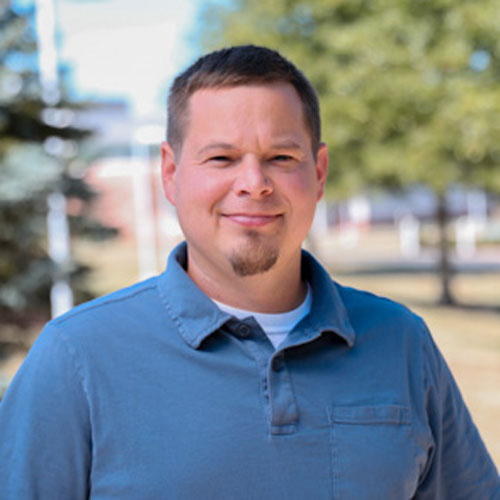 Dr. Joseph Leese is a behavioral ecologist and alum of DeSales University. After receiving his BS in biology from DSU in 2006, he earned his Ph.D. in integrative biology from Lehigh University in 2011, and rejoined DeSales as a faculty member in 2012. Dr. Leese’s research interests lie in understanding the ecological and evolutionary forces that shape how and why animals behave the way they do. Dr. Leese explores this broad area of study using a variety of experimental approaches in both field and laboratory settings. He has participated in collaborative projects in locations throughout the Caribbean, Costa Rica, and southwest and mid-west regions of the U.S., as well as in nearby PA state parks. Using primarily fish as model systems, his research has addressed questions concerning population dynamics, sexual selection and mate choice, territoriality, behavioral syndromes, and conservation biology. His work has been published in a variety of peer-reviewed journals, including Animal Behaviour, Behavioral Ecology, Biological Conservation, and Biology Letters.

Dr. Leese and his research team have presented their findings at regional, national, and international scientific meetings, including the annual Lehigh Valley Ecology and Evolution Symposium and meetings of the Animal Behavior Society. He is a member of The American Association for the Advancement of Science (AAAS), The International Society of Behavioral Ecology (ISBE), and the Animal Behavior Society (ABS).