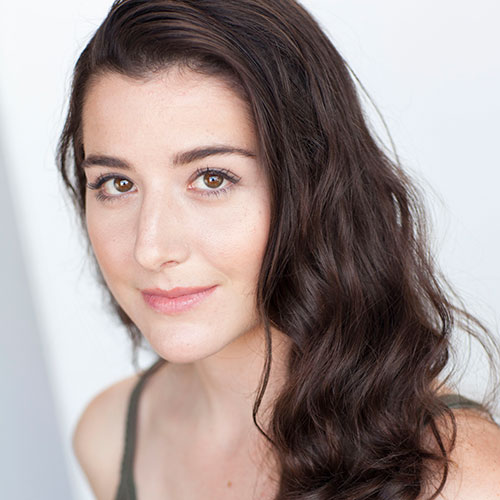 Contact
Eve.Jacobs@desales.edu
Eve Jacobs is a NYC-based dancer, choreographer, and teacher. Originally from the Chicago area, she completed her early training at Dance Center Evanston, and went on to study ballet at North Carolina School of the Arts, where she received her high school diploma.  In 2014, Eve earned her BFA from The Juilliard School, where she performed in works by Pina Bausch, Ohad Naharin, Lar Lubovitch, and José Limón. Soon after, Ms. Jacobs joined the acclaimed company Jessica Lang Dance. In her four years there, Eve performed in over 75 cities across six countries. She originated roles in eight of Ms. Lang's new works and was a featured dancer in operas at the Kennedy Center, Lincoln Center, and Jacob's Pillow Dance Festival. While on tour, Eve taught masterclasses across the country alongside Ms. Lang, and staged Lang's work for the Des Moines Dance Project and American Ballet Theater's Make A Ballet outreach program. In the 2019/20 season, Eve danced in a restaging of Merce Cunningham's August Pace at the 92Y, and in Washington National Opera's Samson and Delilah.

A recipient of Juilliard's Hector Zaraspe Prize for Choreography, Eve's enjoys directing movers toward their own creative play. She has created original dance works for Columbia Ballet Collaborative and Evanston Dance Ensemble, and dance-theater works for Bridge Production Group and The Flea Theater. In addition, her work has been featured at Ailey Citigroup Theater, The Peter Jay Sharp Theater, White Wave Dance, and SUNY Purchase. A guest teacher for Maryland Youth Ballet, Washington National Opera, Dance Center Evanston, and Columbia Ballet Collaborative, Eve looks forward to working with the DeSales community this semester.