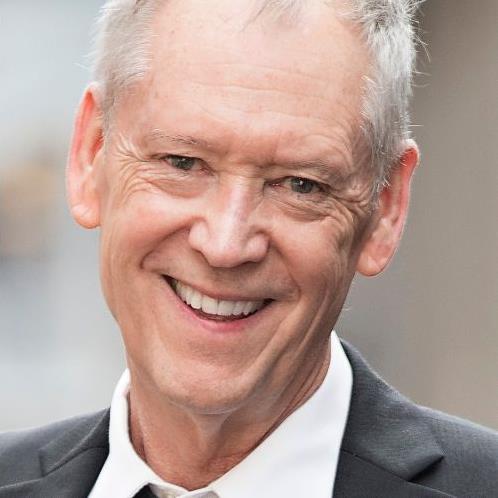 Dennis Varley, D.M.A., is Director of Liturgical Music and creator of DeSales University’s new Catholic Liturgical Music Scholars program. Joining the DeSales faculty in 1989, he served as conductor of the University Chorale until 2001 in over 50 concerts featuring the Requiem of Gabriel Faure, Carl Orff’s Carmina Burana and Daniel Pinkham’s Christmas Cantata. Varley is the original creator of the Gaudeamus concerts, now a perennially sold-out choral celebration of Advent and Christmas. He created the Schola Cantorum, DeSales select choir which, in 1994, he took to New York City’s St. Patrick’s Cathedral where they performed Mozart’s Mass in C with cathedral organist, Donald Dumler.

Varley serves as pianist and organist for the DeSales University choirs and teaches courses in music history and theory. He received the Doctor of Musical Arts degree in piano performance from the University of Colorado in 1988 and Master and Bachelor of Music degrees from the University of Nebraska, his home state.  As an organist, he appeared as soloist with the Florida Orchestra in three performances of the Symphony in C (“Organ Symphony”) by Camille St. Saens. A composer as well, Varley’s Mass for Saints Patrick and Brigid was premiered at DeSales University in 2009 and has since been performed at the Cathedrals of Galway and Tuam, Ireland and in many American parishes. His new Missa Salesi, which will premier in Connelly Chapel in the fall of 2021, reflects the French aesthetic of St. Francis DeSales in the echoes of Solesmes chant and the majesty of the French organ tradition. Varley’s life-long interest in music of the Catholic Church placed him as organist at the Cathedral of the Risen Christ in Lincoln, Nebraska and as a bass in the choir of St. Patrick’s Cathedral in New York City. In the fall of 2018, Varley was a participant in the Pontifical Council on Music, Liturgy and Composition at the Vatican in Rome, Italy.

Varley and his wife Kate perform as a piano/vocal duo throughout the region, most recently in “I Love a Piano,” a sold-out cabaret performance at Bethlehem’s Steelstacks in 2018. They will return to that venue in the spring of 2022 to present another cabaret, “I’m Old Fashioned.” Their 1997 CD recording Irish Country Airs, a collection of ballads arranged by Varley for voice, piano, cello and harp, was hailed by the American Record Guide as “the kind of music one needs at the end of a hard day.”

An amateur architect, Varley designed the Coopersburg home where he and Kate raised their two daughters, Lauren and Tess, both professional orchestral musicians, and where their five lively grandchildren come to make their own kind of music.