Director of the Center for Data Analytics, Associate Professor 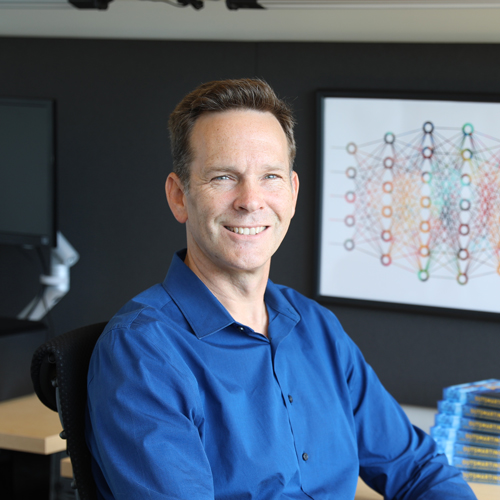 Dr. Brennan Pursell, associate professor of business and director of the Center for Data Analytics at DeSales University, teaches courses in data analytics, artificial intelligence (AI), and management in the undergraduate and graduate programs.

His most recent book, Outsmarting AI: Power, Profit, and Leadership in the Age of Machines (Rowman & Littlefield, 2020), destroys widespread myths about artificial intelligence, clarifies the technology’s capabilities and limitations across economic sectors, and shows how to implement it profitably, ethically, and in accordance with the law.

A dedicated life-long learner, he works on data analytics, coding, and AI skill development and projects every day. The world is changing, now faster than ever. More and more digitized data about people and how they live and work are being captured, collected, stored, analyzed, and put to use. AI is expanding the range of automated tasks that machines can take over from humans. We have to learn to use AI instead of letting it use us!

Outside of academia, Brennan has worked as a management consultant for firms large and small, from multi-national corporations to niche technology firms and start-ups. He recently participated in a project to educate and prepare the state courts of the USA to prepare and defend themselves against digital mis- and disinformation, cyber-attacks, and AI deepfakes.

In his 28-year academic career, he first trained as an historian (AB Stanford 1990, PhD Harvard 2000). He researched, taught, and published four books and dozens of articles about topics in modern European history. He appeared on CNN, EWTN, and other television stations, in addition to 80 radio outlets, and interviews with over a dozen major American newspapers. He completed an MBA degree at DeSales in 2014.