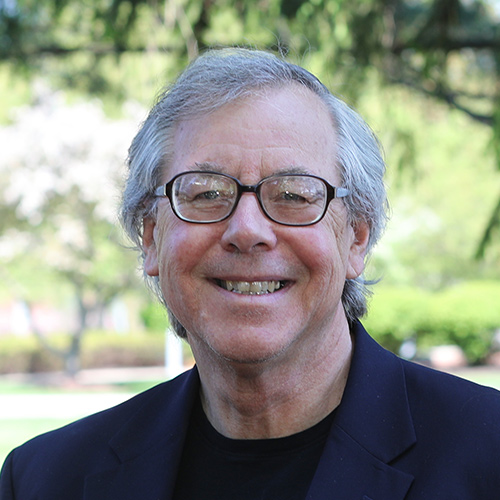 Steve Myers, Professor of English and Assistant Director of the DeSales’s MFA program in Creative Writing and Publishing, received his Ph.D. in English from the University of Rochester. He grew up in rural Bucks County, Pennsylvania, and has lived at various times in other corners of the state, as well as in Mountain Lakes, N.J.; Rochester, N.Y.; Glasgow, Scotland, and Rome, Italy. He graduated with a BA in English from Allegheny College in 1974, earned an M. Div. degree from Princeton Theological Seminary in 1978, and received the Ph.D. in 1990. He has taught at DeSales since then.

The author of a monograph, Yeats’s Book of the Nineties: Poetry, Politics, and Rhetoric, as well as scholarly articles on Yeats, his own poems have appeared in nearly 100 American, Canadian, and European literary journals, such as The Dark Horse, The Fiddlehead, The Gettysburg Review, Hotel Amerika, Paterson Literary Review, Poetry East, The Southern Review, Tar River Poetry, and Valley Voices, as well as several anthologies. He is also author of a full-length poetry collection titled Memory's Dog and two poetry chapbooks, Work Site and Last Look at Joburg. He has been nominated numerous times for a Pushcart Prize and has won that award once. In 2015, Last Look at Joburg won The Tusculum Review’s Chapbook Prize and in 2006 he won the Raymond Lamont Short Prose Prize awarded by the journal Quarter After Eight.

He currently lives in Center Valley, Pennsylvania. His wife, Karen, runs an academic research business. Their son, Nathaniel, is a DeSales graduate with a Ph.D. in literature from Notre Dame University. He currently teaches in the writing program at Notre Dame.