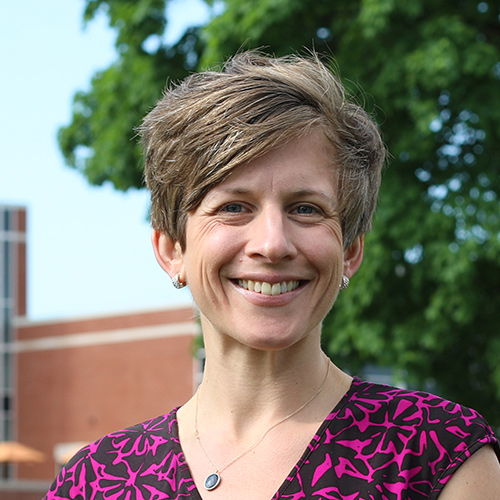 Sarah K. Nytroe, associate professor of history, teaches a wide variety of courses tied to United States history, as well as world history. These courses include American Religious History, Revolutionary America, Civil War America, and the wildly popular History of Piracy. Dr. Nytroe was the Rome program director in the Fall of 2014, living and teaching in “the Eternal City” along with 14 students from DeSales.

Dr. Nytroe’s research is rooted in American religious history, particularly the experiences of men and women who believed and enacted their faith and the social and cultural implications of religious beliefs and practices. She has published several peer-reviewed journal articles including: “The American Reformation Quadricentennial, 1917,” in Lutheran Quarterly (2012); “Pulling Back the ‘Veil Which Now Covers Our Schools’: The Catholic Educational Exhibit, 1892-1893” in Church History and Religious Culture (2013); “An American Catholic Culture of Death and Dying, 1900-1955” in American Catholic Studies (2013); and “Taming the Past to Conquer the Future: The Pioneer Jubilee of 1897” in the Journal of Mormon History (2016). Currently, Dr. Nytroe is completing a manuscript examining an American Catholic way of death and dying in the first half of the twentieth century.

Dr. Nytroe’s other professional engagements include presentations at several historical associations, work with the College Board in the evaluation of AP U.S. History exams, and collaboration with Cengage Publishing Company in developing online learning tools.

Dr. Nytroe is originally from South Dakota, but has lived and worked on the East Coast – from Boston to the Lehigh Valley – since 2002.