From the Celtic World to the Page: M.F.A. Scottish Residency Inspires 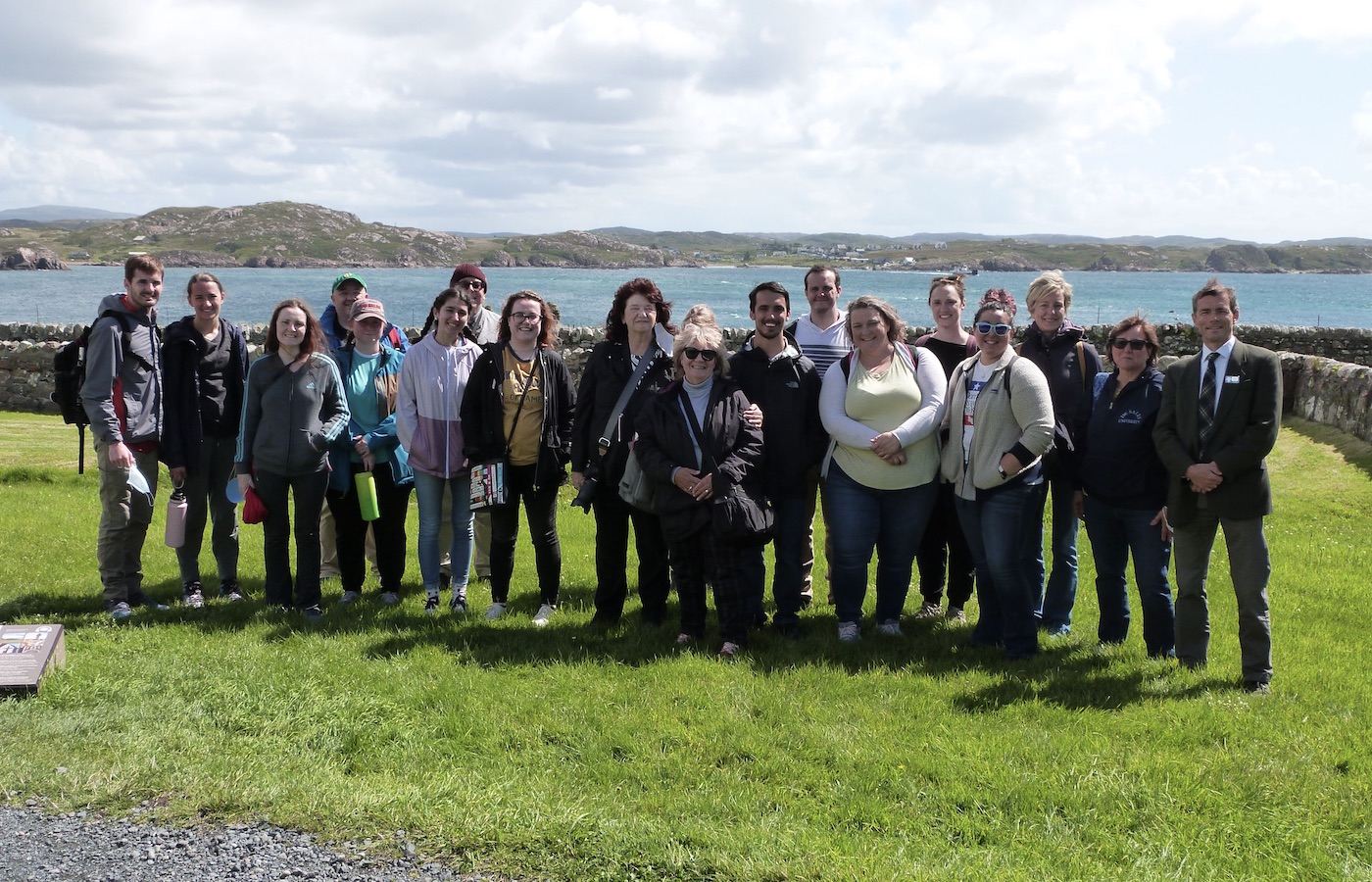 She reminisced on absorbing the wisdom of award-winning authors, visiting Scottish landmarks such as the late Queen’s Palace of Holyroodhouse, and humorous moments like when their guide challenged one of their professors to improvise a poem.

Kim was one of 24 students to participate in a Scotland residency this past summer, as part of the Master of Fine Arts in creative writing and publishing program.

Like many writers, Kim had spent years ignoring her passion while she studied honors economics and then raised a family. When she discovered the M.F.A. program at DeSales, she was attracted to its convenient design and the opportunity to find the link between her creativity and culture.

“I’d never heard of a ‘low-residency’ program. The pace suited me and accommodated my lifestyle. Also, I’m French, so I always felt at a disadvantage writing in my second language, and I wanted to learn to express myself with clarity in the culture in which I’ve been immersed for most of my adult life.”

Like Kim, Mary Kate Nealis M’24, assistant registrar, had pursued an undergraduate degree in business, but was eager to flex her creative muscles. The M.F.A. residency in Scotland proved to be the ideal setting for achieving just that.

“Being in a place with such history everywhere is stimulating and helps you to imagine all of the stories that have taken place as you walk along the old cobblestones,” says Nealis.

Patrick Crerand, Ph.D., director of the M.F.A. program and associate professor, hints that this stimulation is the result of assuming a “defamiliarized” perspective.

“Art exists to wake us up from the quotidian, and so it's hugely helpful to undergo such an experience,” says Crerand. “This defamiliarized perspective helps us see the world in a new way, and, in turn, translate such a perspective in our own writing so that readers feel transported out of their own lives and into the world on the page.”

According to Nealis: “Christine Whittemore advised about being careful not to get lost in the research process. James Robertson helped us realize that sometimes even a bad draft can be helpful to your writing. Andrew Wyeth instructed us in the art of close reading and made me see the importance of experimentation within your own work.”

While the first-rate guest lecturers were one of the program’s highlights, Kim and Nealis are most impressed with the caliber of their professors at DeSales.

“I studied at Canada’s top university, but never before have I come across such a combination of ability, approachability, and ‘others-focused’ in faculty,” says Kim.

Nealis also expressed her gratitude for their down-to-earth approach to learning. “They help us not only professionally, but personally as well. As a working mom with a growing family, it’s appreciated to know that my mentors care about more than just deadlines or page count.”