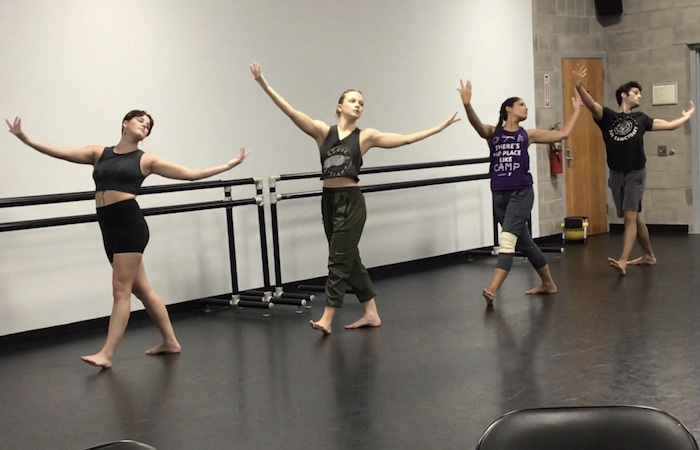 DeSales University Associate Professor of Dance Angela Sigley Grossman ’06 shuffles a deck of cards and draws the top one. But this is not a standard Hoyle set for solitaire. The faces of the cards are much deeper than clubs and diamonds.

In 1975, musician and artist Brian Eno and multimedia artist Peter Schmidt combined two separate but similar projects into a single deck of cards named “Oblique Strategies.” Each card has a brief suggestion or remark that can be used to break a creative block or dilemma. Suggestions, some of which are specific to music composition, include “use an old idea,” “try faking it!,” or “honour thy error as a hidden intention.”

Grossman, who owns the fifth edition of the cards that were printed in 2001, spent the fall 2021 semester on sabbatical and researching if “Oblique Strategies” could be incorporated into movement and choreography. While not originally intended to be physically embodied, under Grossman the cards became prompts for movement explorations.

“I felt that this project was in line with Eno’s whole philosophy of making art, so it became a cross disciplinary project. For example, I would draw a card that said, ‘abandon normal instruments.’ If Eno drew this card, he would have all the musicians in the room switch instruments, so I needed to figure out what my instrument was and how I could abandon it. Instead of using the body as my normal instrument, I constructed charts and graphs that contained movement suggestions, and build choreography that way."

Grossman would draw cards at random and develop a choreographic response that ranged in duration from 30 seconds to a minute. These responses were then combined into a full-length work.

The full-length piece that is the result of Grossman’s research is a work titled “Catching Waves: Oblique Strategies as a Choreographic Process,” which will be performed on Sunday, September 18, at 1:00 p.m. and 3:00 p.m. in the Crayola Gallery at the Banana Factory in Bethlehem, Pa.

Performers in “Catching Waves” include William Brazdzionis, a 2019 DeSales graduate and currently a dancer for Brian Sanders’ JUNK company in Philadelphia, and Dani Curtin, a 2021 DeSales graduate and a dance instructor at Power & Grace Gymnastics and Dance in Quakertown, Pa. Rachel Halkias and Thalia Mendez complete the quartet of dancers. R.J. Craig, a 2022 design and technology theatre graduate, is designing the lighting.

“It’s amazing to be a part of this work,” said Curtin. “As much as this piece is a presentation of research, it is also quite imaginative and entertaining. There is no storyline to figure out because there is no story. Just movement and the creative process, which was originally taught to me by Angela. I am honored to be working on this project for her.”

Much of “Catching Waves” was created and rehearsed at the Modern Accord Depot, a Hudson Valley based artist retreat space that was converted from a railroad station that served the New York, Ontario & Western Railway. Grossman was granted a residency there in September 2021, then returned in the summer of 2022 with the performers for rehearsals in preparation for the September 18 performance.

In October, Grossman will present her research at the National Dance Education Organization (NDEO) conference for dance educators that includes three full days of over 250 workshops, master classes, panel and paper presentations, social events, and performances.

“It feels incredible to be working on this project,” said Brazdzionis. “It’s such an honor to be working in such a unique environment. Being out in the professional dance world I have learned so much and it just feels like I am coming full circle into my artistry. Angela was a phenomenal professor and an incredible choreographer.”

Tickets for the September 18 performances can be purchased at this link. 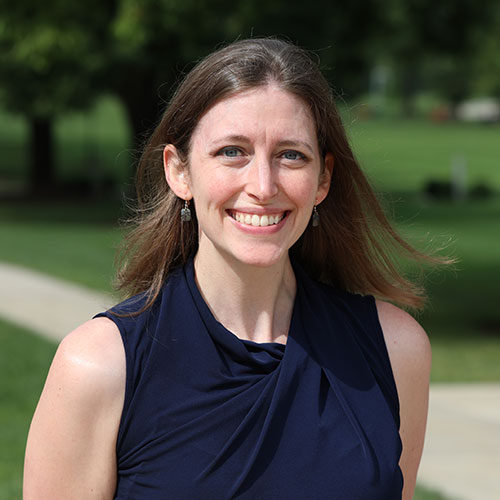