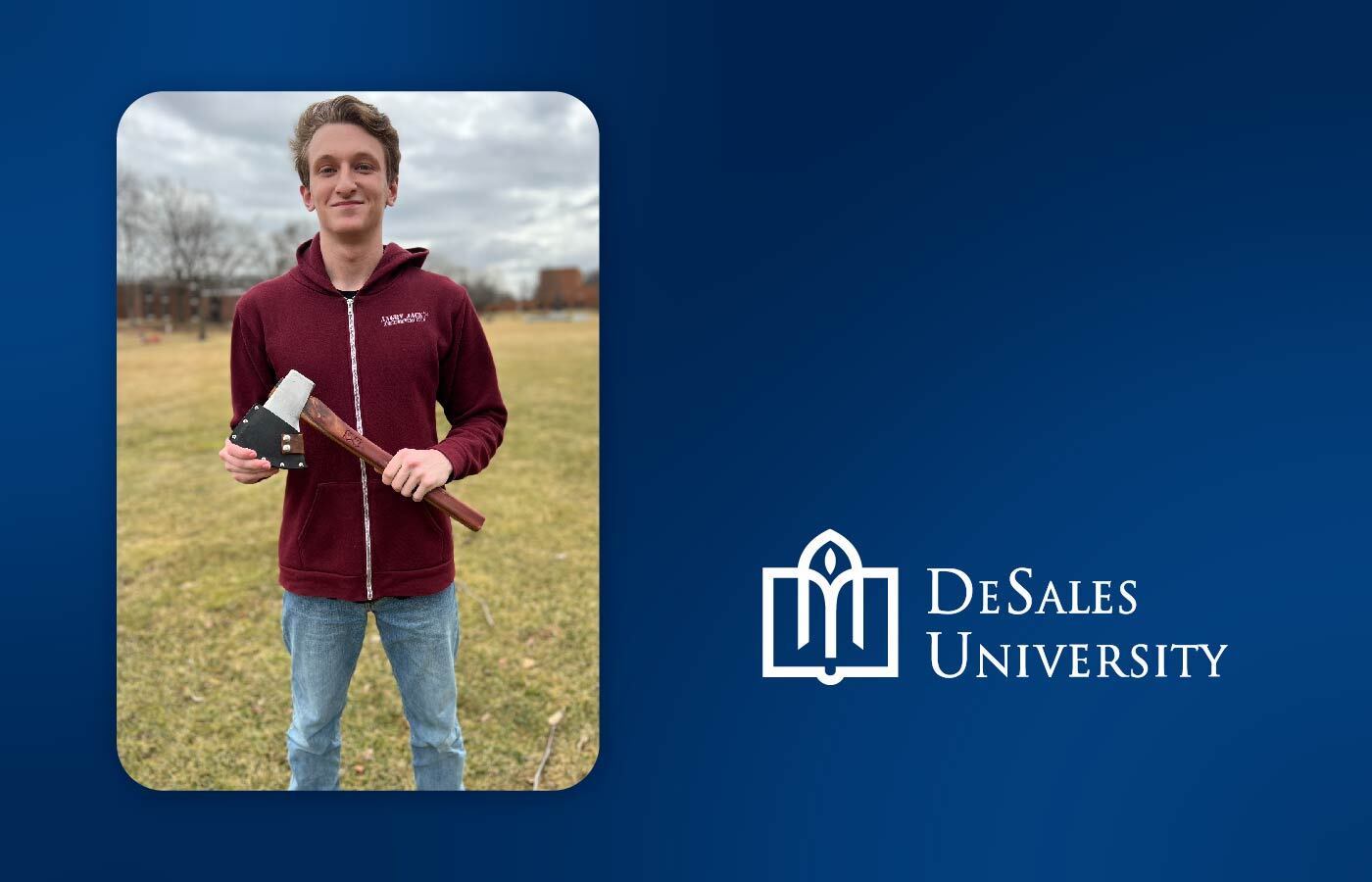 It was 2020, in the early days of the COVID-19 pandemic. He had lost his position as a swimming instructor and lifeguard when the country began closing down. Like many others, he found himself searching for something new.

“Axe throwing instructor popped up. At that point in time, I thought axe throwing was kind of dumb, but I needed a job and it paid well. I signed up but didn’t know what I was really getting myself into.”

Fast forward more than two years later, Seidel is a full-fledged professional athlete, and one of the best axe throwers in the world. He ranked number one on the global leaderboard in the World Axe Throwing League’s Official Hatchet Summer 2021 and Official Hatchet Fall 2021 competitions—all at the age of 19.

He also broke a few records during his first pro season, becoming the youngest person to place first in the world in back-to-back seasons and the first person to break the 1700-point barrier in the sport, and he was even named Rookie of the Year by the league and ESPN.

Seidel credits his success, in part, to his natural athletic ability.

“When I threw my first axe—most of the time you don’t stick it—but my first time was literally a straight bullseye,” he says. “I just whipped it up there, and it worked out naturally.”

When he became an instructor at Splitting Edge Axe Throwing, Seidel started practicing more and more. It wasn’t long before friends and co-workers took notice of his talent and encouraged him to try his hand in a tournament. He ended up placing second, but that was only the beginning.

“After that, I just kept getting better and better,” he says.

The path to becoming a professional athlete certainly has its perks: Seidel has made countless connections and even snagged sponsorships and endorsement deals. But the process isn’t without its growing pains; he even has the scars to prove it.

“I’ve actually cut my face and my ear numerous times,” he says with a laugh. “When I throw, I use my face as a guide; I graze my entire face. Now, I go slow and I’ve got my technique down enough that I don’t really worry about it.”

In between classes, Seidel practices a minimum of 15 hours a week, and he currently throws with the Widowmakers, a team based out of Philadelphia. He’s back on the tournament circuit, and he’ll be returning to the world competition again this December. But his biggest driving force isn’t traveling to new cities or seeing his name on the global leaderboard again; it’s making his parents proud.

“My parents believed in me and sacrificed so much to help me get where I’m at right now. They have always been super invested in me and my athletics. They really pushed me to be the best that I can be.”