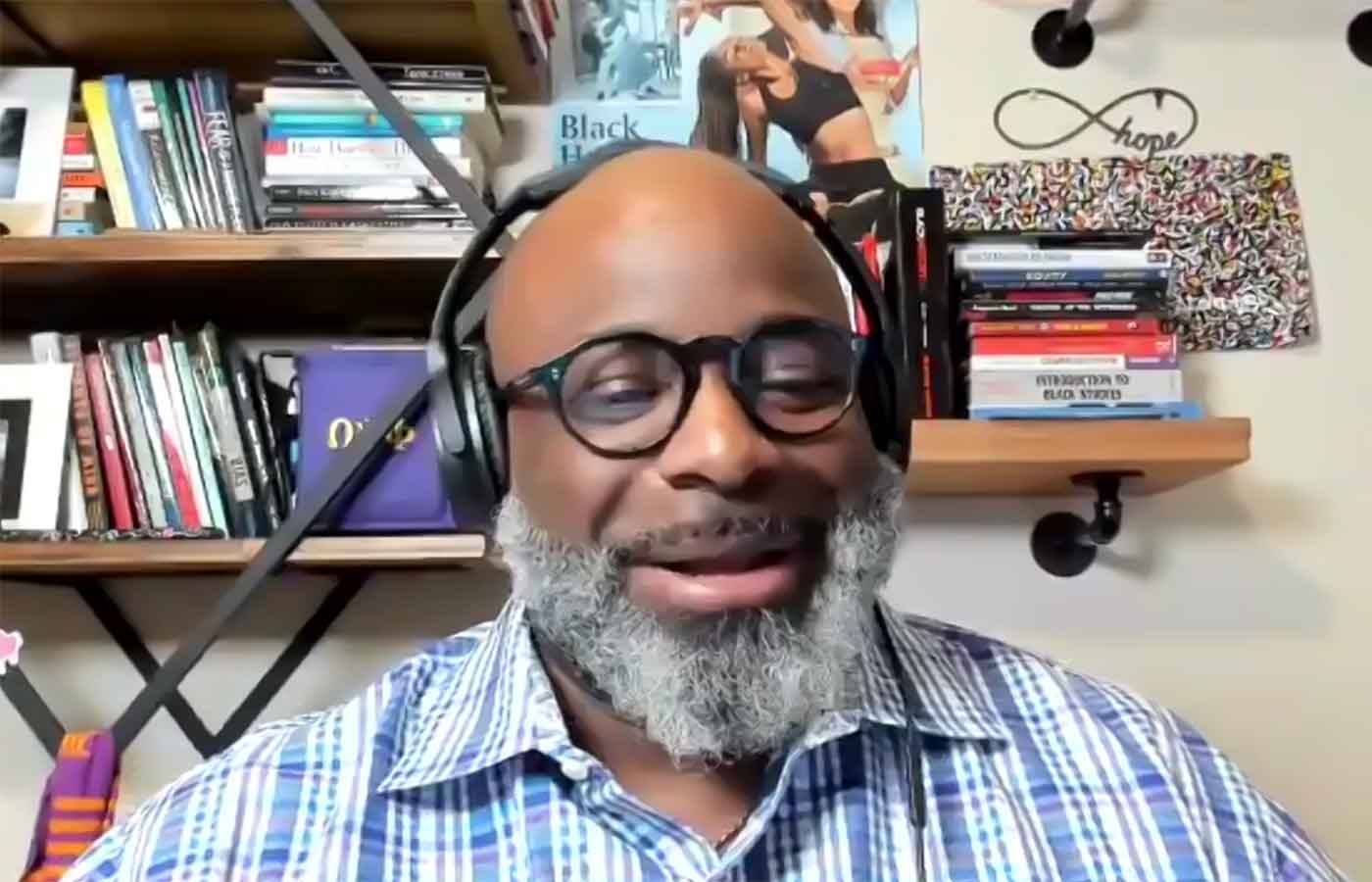 Justice, equity, diversity, and inclusion. These were the pillars driving the interactive conversation led by Bart Bailey in honor of Black History Month.

Bailey is an experienced cultural awareness trainer and the principal consultant and owner of Courage to Care, a management consulting firm that works to create a culture of belonging.

“What do you see?” asked Bailey as the painting “American Progress” by John Gast projected on Zoom. The image portrays the concept of Manifest Destiny as an angel flies over a countryside where Indigenous people are in distress while white Americans are progressing forward.

“This was an image that was in a textbook when I was a kid,” Bailey said. “When I think back, at first I thought, ‘Oh that’s so angelic; that’s an awesome, beautiful picture. …’ Now I think the folks that look like me are in the belly of the boats on that harbor.”

Bailey assessed the impact of another illustration before engaging the audience in a profound simulation that demonstrated how existing American laws have negatively impacted people of color. He encouraged the audience to reflect on the biases existing in our country’s political, economic, and social systems, and to identify biases and prejudices within ourselves so we can better promote positive change.

“We’re not close to being conscious about how deep this stuff is,” he said. “When we talk about excellence, when we’re talking about representation, I just want you to be mindful. It could be an image of a pregnant [Black] woman that makes a difference in someone’s life. It may be the way you speak to a Black or brown child in the classroom that [makes them] feel seen and heard. You, if you’re an educator in that school system, have the power to shift the way somebody sees themselves.”