When Crises Test the DeSales Community, the Counseling Center Provides a Pathway Out of the Darkness 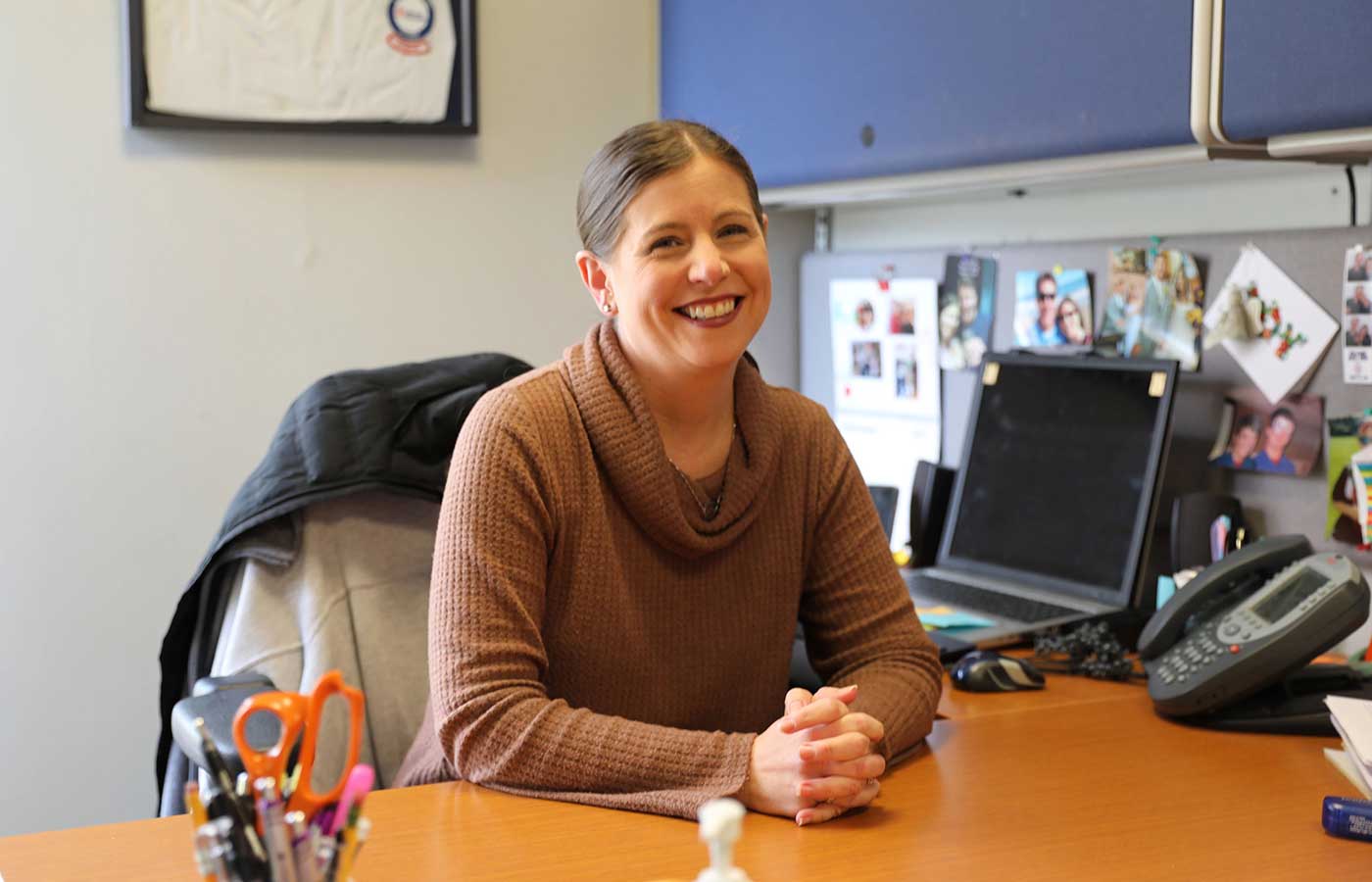 The long and sometimes lonely pandemic that plagued days of 2020 and 2021 will go down in history as a moment in time that many people would like to forget.

It’s safe to say that everyone was tested in some way, and the DeSales University community was not spared. Luckily, students who find themselves overwhelmed by the ever-changing world around them have an invaluable resource at their disposal: the school’s Health and Counseling Centers.

Wendy Kalamar ’98, assistant dean of students for wellness, says the anxiety circulating among the student body has been palpable. She likens it to the mood following the 9/11 terrorist attacks of 2001, when she was an intern at the Counseling Center. “That was something that affected the entire community and the entire nation,” Kalamar says. “In the years since then nothing has been so dramatic.”

In the spring of 2020, as COVID-19 case counts mounted across the country, and it became clear that students wouldn’t be able to return to in-person learning for the foreseeable future, the Counseling Center, like so many other institutions, had to figure out how to pivot to a new reality.

“We didn’t have Zoom prepared. We didn’t have any of that,” says Kalamar. Navigating technological challenges wasn’t the only hurdle: Kalamar says she and her fellow counselors had to figure out how to become HIPAA compliant on Zoom, as well as attain temporary licenses in other states so they could continue to communicate with students who reside outside of Pennsylvania. In the meantime, Kalamar and her team did everything they could to engage students from afar, via videos, group chat sessions, and social media posts.

When students returned to full-time, on-campus instruction in the spring of 2021, a horrific tragedy shook the DeSales community. A car crash in March killed senior Sean Hanczaryk, along with 2019 graduates Emily Kattner and Nick White. Senior Brandon DiChiacchio was seriously injured. Kalamar says she quickly mobilized her team as soon as she got word about what happened. “I pulled my staff together via text to start. [I told them] We need all hands on deck here.”

DeSales’ leadership was quick to respond, coming together on campus the day after the crash to hammer out a plan of action. A Mass was held that same day so students and faculty could gather as one to grieve.

“I was so overwhelmed with this sense of community,” Kalamar says, although her heart was heavy. “I was watching all of the teams and all of the students come in. Seeing everyone come together for this common purpose was beautiful.”

Kalamar spoke at the Mass to remind students of the availability of the Counseling Center’s services. She activated what she calls a crisis phone, so she could be reached 24/7. “I carried that phone with me for quite a while,” she says. “We were ready to meet anyone at any point. We didn’t know what our students’ needs were going to be.”

That’s because students carry the burden of loss in different ways. Dana (not her real name), a junior at DeSales, had to cope with the sudden death of her father in 2019. “One minute he was at my high school graduation,” she says. “The next minute he was in the ICU on life support.” Dana was a first-year student at the time. “I was dealing with trying to make friends, trying to be social. But at the same time, I was dealing with a lot of grief, a lot of trauma.”

She considered leaving school, but then a faculty member suggested she contact the Counseling Center. Dana admits she was hesitant at first. “I wasn’t too keen on doing that,” she says. “I had never done counseling before, and I didn’t know what to expect.” But Dana says, after her first appointment, the fog began to lift. “I thought, ‘OK, maybe everything is just going to be fine.’”

That’s not to say there haven’t been hard moments along the way. Healing, she says, is a process. “It’s not about the destination. It’s about the journey.” Dana is on track to finish her degree and also serves as a peer leader to first-year students on campus. She hopes to erase the pervasive stigma that asking for help is somehow a sign of weakness. “If I didn’t go to the Counseling Center when I did, I don’t think I’d be in school right now,” says Dana.

Dana says the coping skills she learned from her sessions at the Counseling Center were a big help when classes were moved online during the spring of 2020. Now she’s happy to be back with her friends on campus in an environment that feels like home.

But, while a return to in-person learning has assuaged some students’ anxieties on campus, it’s exacerbated others. “We don’t even know what normal is at this point,” Kalamar says. Students have questions and concerns about the constantly-evolving virus, and about the vaccine. Also, should they have to quarantine and miss class, how will they catch up? Kalamar says, in light of so much uncertainty, it’s normal to experience contradictory emotions. “I want people to know you can feel it all.”

And that’s why the value of the Counseling Center, with its four full-time, licensed counselors, can’t be overstated. Kalamar says her schedule has been filling up since the fall session got underway in August. She and her team are happy to be the compass for anyone looking for a pathway out of the darkness. “We’re doing something. We’re accomplishing something. And that feels good,” she says.