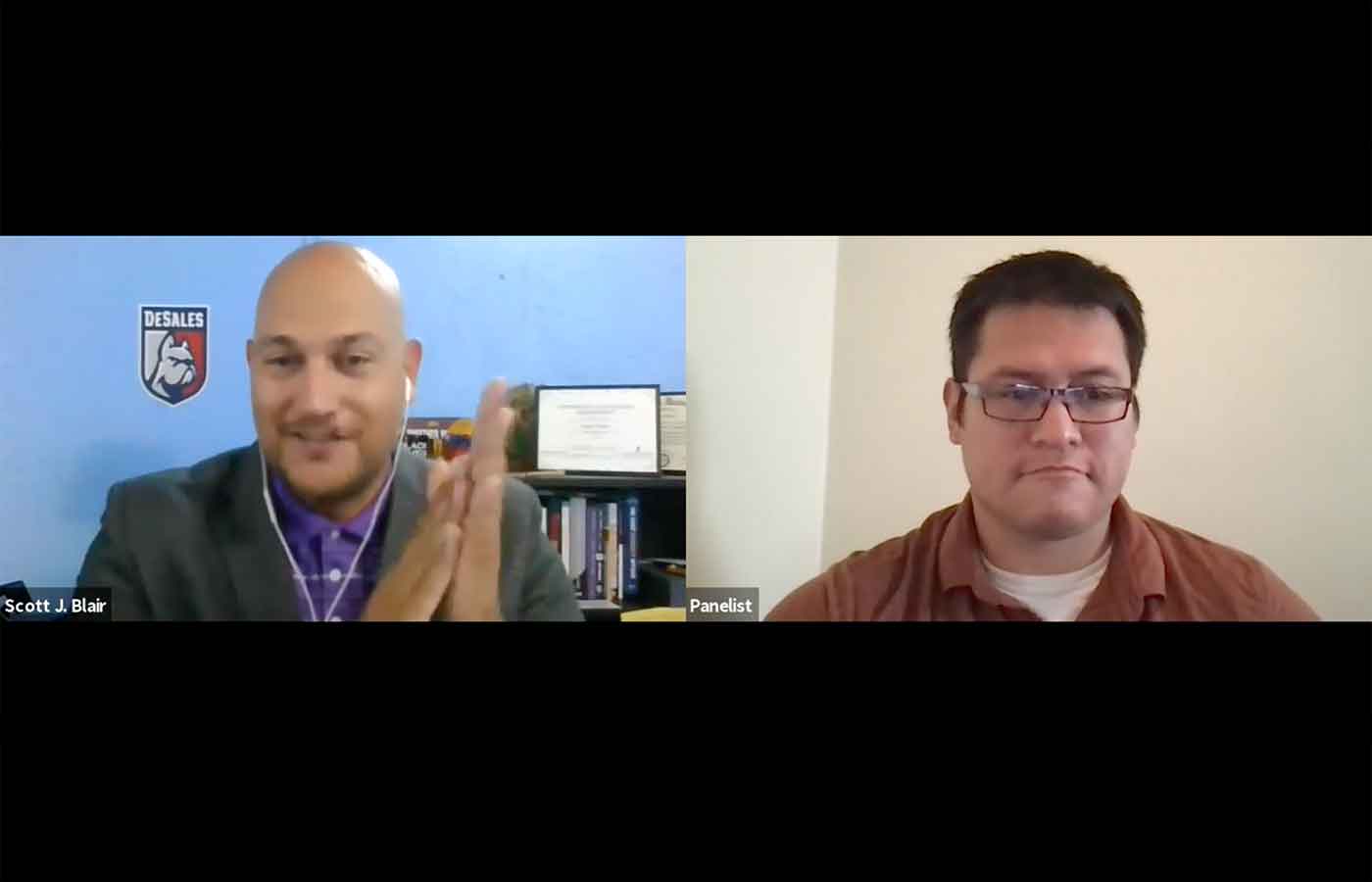 The Office of Diversity, Equity, and Inclusion, in partnership with the Alumni Office, recognized Indigenous Peoples Day with a special webinar featuring Hugh Burnam (Hode’hnyahä:dye’).

“We celebrate Indigenous Peoples Day to discuss survival. To show that we are still here, and we are resilient,” said Burnam. “…To open up that conversation is really courageous, really brave.” Burnam is of the Mohawk nation, wolf clan, and is currently a Ph.D. candidate in cultural foundations of education at Syracuse University.

According to Burnam, autumn can be a difficult time for Indigenous Peoples who must navigate the onslaught of misinformation, cultural appropriation, and microaggressions that occur between the period of Columbus Day, Halloween, and Thanksgiving. While autumn is particularly challenging, the everyday experience of Indigenous Peoples today is still hindered by historical decrees, biases, and myths, some of which date back to as early as the 1400s.

One of these influential historical decrees is the Doctrine of Discovery, established by Pope Nicholas V in 1452. Burnam said that the doctrine was, “A global call to subjugate Indigenous lands and people throughout the world. It classified Indigenous People as unhuman and their intellect as barbarous.”

Such decrees and associated myths have had a lasting impact on Indigenous Peoples. Specifically, Burnam noted, it complicates the experience of Indigenous college students.

“Many Indigenous students on college campuses feel both this visibility and this invisibility. [They think] nobody asks about my culture or where I’m from…[but] when they become visible it’s a deficit-based framework. ‘Do you live in teepees? What do you do for Thanksgiving?’”

Ultimately, Burnam said communities must have open conversations about the experience of Indigenous Peoples and work together to navigate the associated complexities.