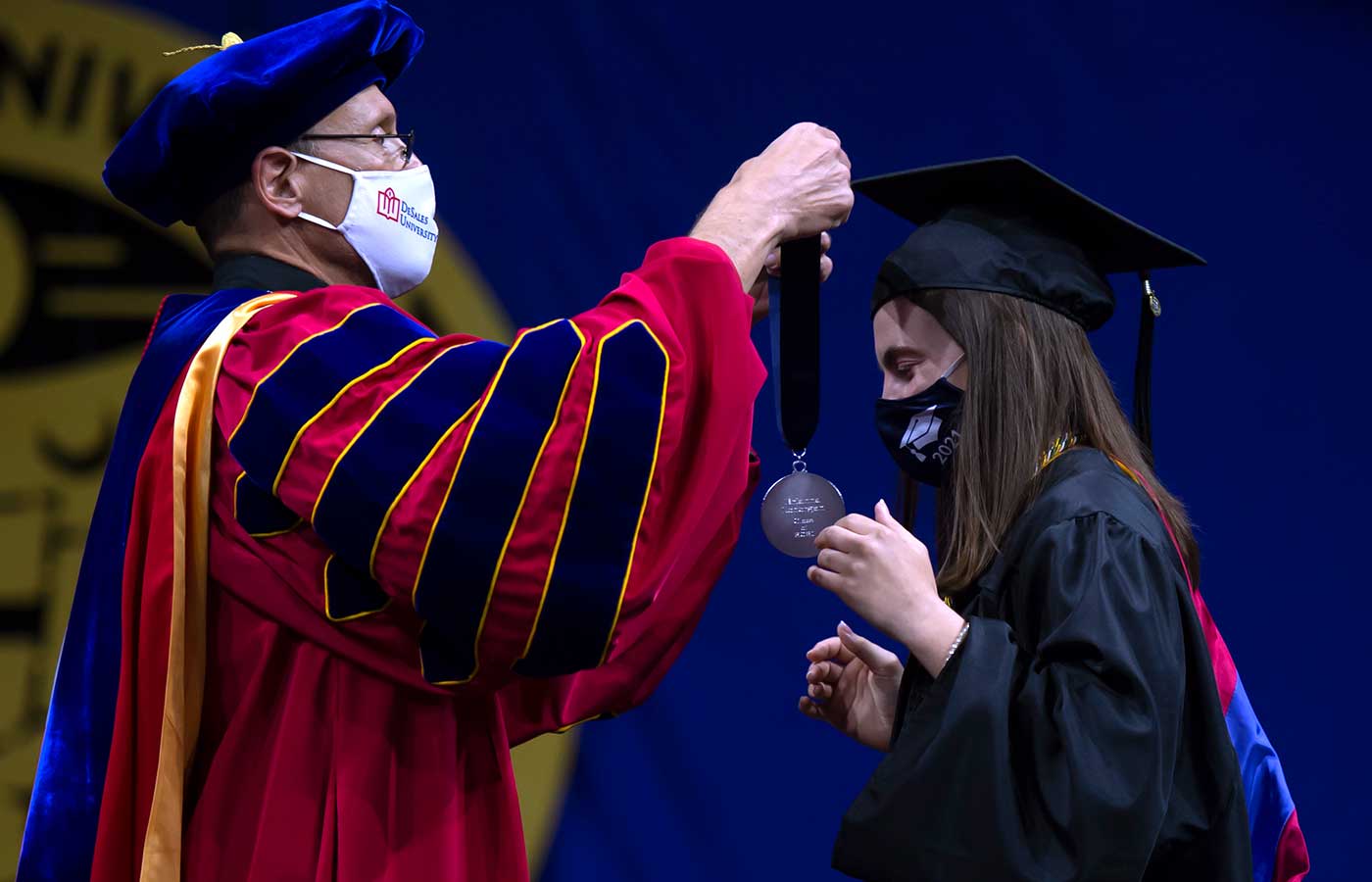 Brianna Lonergan sat on the stage at Commencement, eagerly waiting to deliver the Benediction.

All of the diplomas had been handed out, and Brother Dan Wisniewski, OSFS, provost, was announcing the final student award—the President’s Medal. That’s when Lonergan heard her name called.

“I thought to myself, ‘Is it time for me to read the Benediction already? What happened to the award winner?’” Lonergan says.

As she prepared to walk to the podium to read the Benediction, she realized Father James Greenfield, OSFS ’84, president, was applauding her with the medal and a certificate in hand.

“It was a phenomenal, once-in-a-lifetime moment to be able to look out amongst my class, our professors, and our families, while being awarded the pristine President's Medal. To know that I was able to use my gifts to serve our DeSales community is a small token of gratitude for my time here.”

The President’s Medal is awarded to the graduate who has attained intellectual maturity. Lonergan, who is currently in DeSales’ Physician Assistant (PA) program, also received the Medical Studies Award for Academic Excellence during a departmental ceremony.

After completing the PA program, she hopes to work in emergency/critical care medicine with a focus in pediatrics. Lonergan says her time at DeSales has been full of growth and instrumental in achieving her personal, social, spiritual, and professional goals.

“I have never heard of another University where the president knows each student by name, or where students come together so cohesively in time of camaraderie and crisis, or where the faculty knows the potential of each specific student and how best to guide them. Disney is a magical place, but DeSales to me is the happiest place on Earth.”