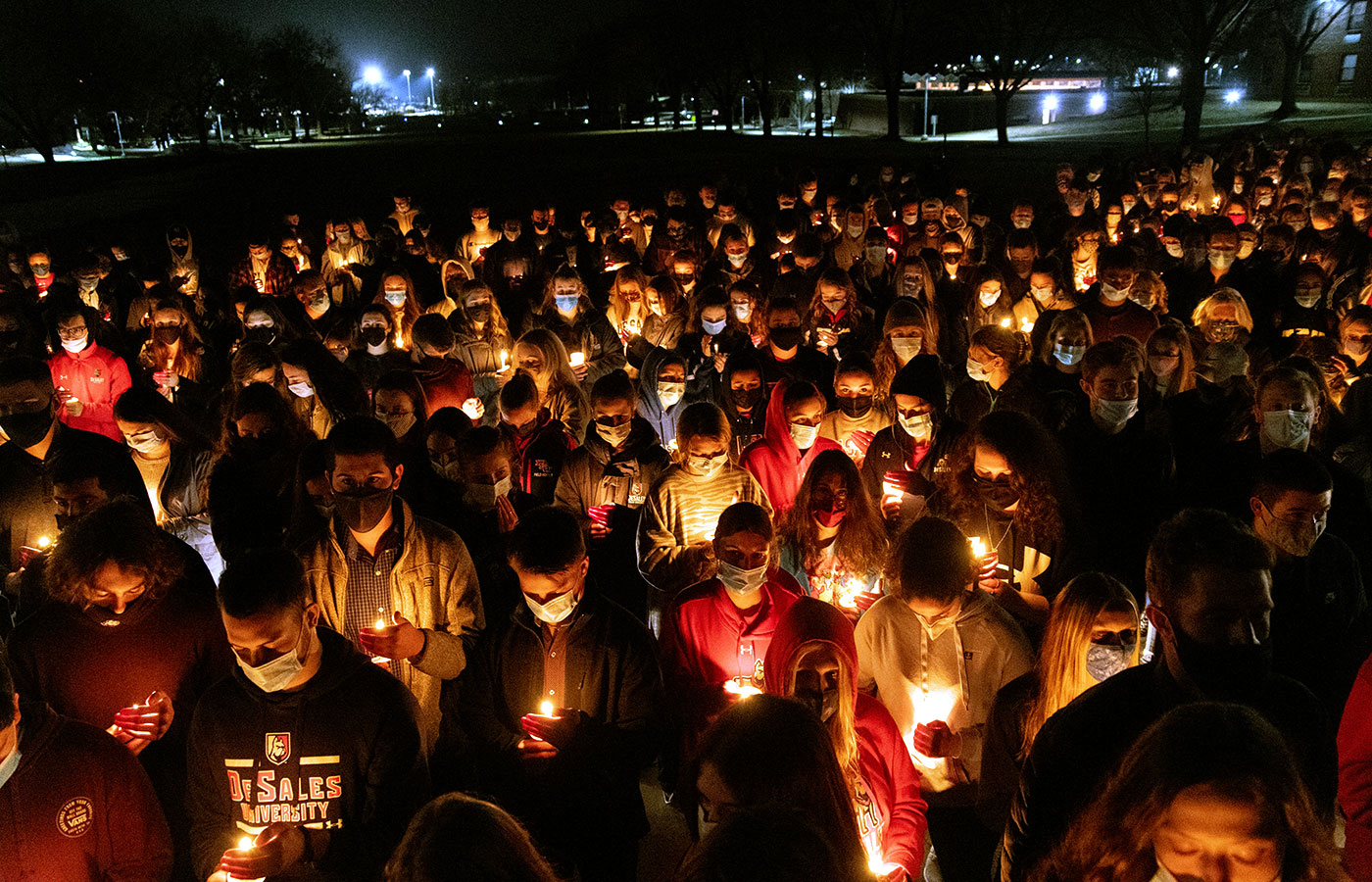 That was the poignant and powerful message Father James Greenfield, OSFS ’84, University president, shared with the families of Sean Hanczaryk ’21 and Brandon DiChiacchio ’21 during a candlelight vigil service at Weiland Baseball Stadium.

Hundreds of students, faculty, staff, and alumni came together to mourn and grieve the loss of Hanczaryk, Emily Kattner ’19, and Nick White ’19, and to pray for DiChiacchio’s recovery.

“We can’t imagine the range of emotions that you’re feeling,” Fr. Greenfield told members of the Hanczaryk and DiChiacchio families, who were on hand for the vigil. “We want you to know that this isn’t just a one-night experience—our love and support. We’re with you. We’re your family.”

During the vigil, Tim Neiman, head baseball coach, told the crowd he was overwhelmed by the outpouring of love and support.

“We’re much stronger together than sitting at home,” Neiman said. “Thank you so very much for coming out. We’re going to get there with all of your support.” 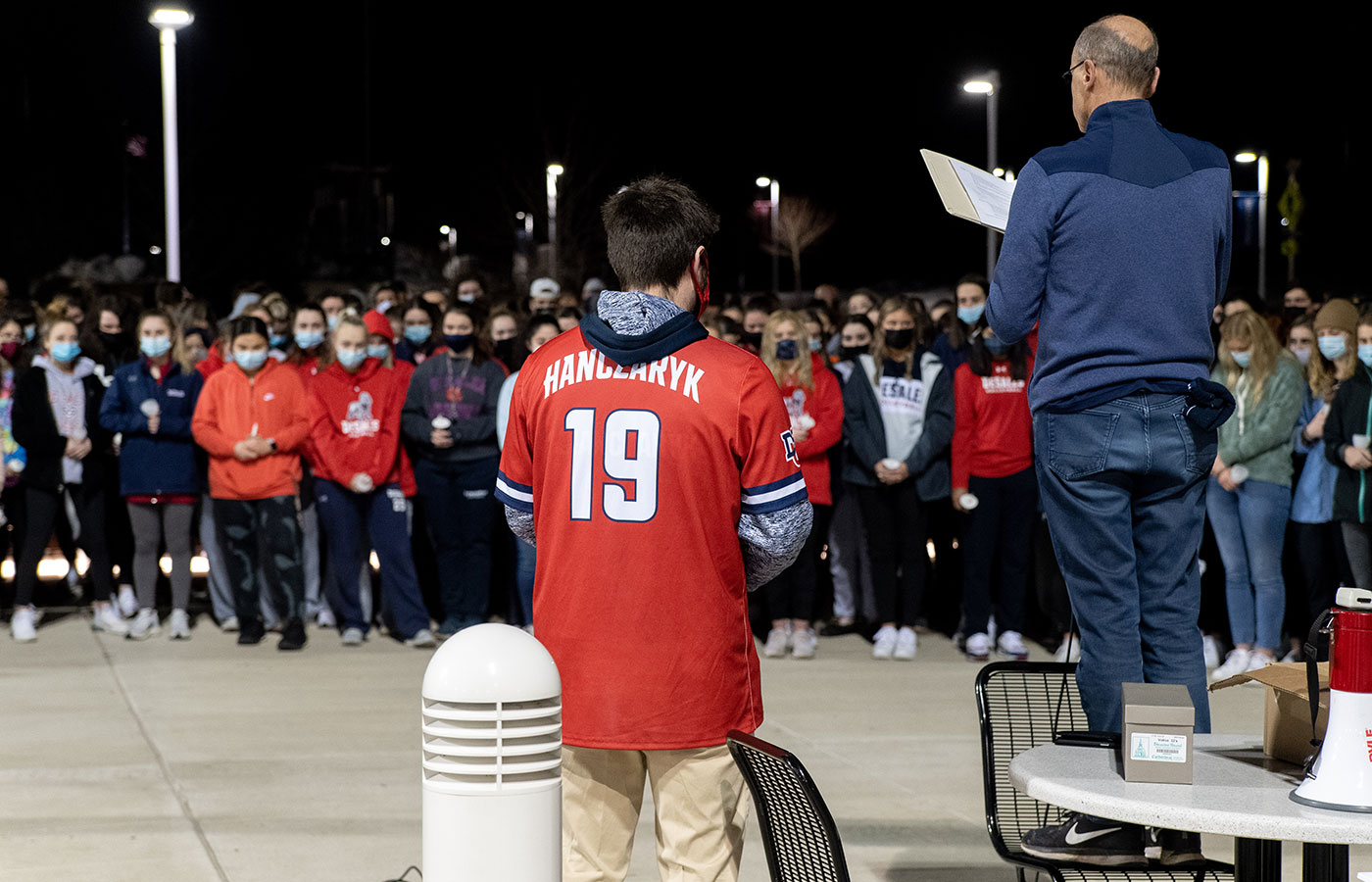 Members of the baseball team then led a candlelit pilgrimage to the Jesus the Teacher statue. Hanczaryk’s brother Dan (pictured above), a first-year baseball player, held the Paschal candle, which represents the light of Christ. Each player then took turns holding the candle along the route.

After a moment of silence and prayer at the statue, Fr. Greenfield called the vigil a first step in the healing process. He also encouraged those who are struggling to seek support through the Counseling Center or by speaking with a priest.

“In this journey of life, we have one another,” he said. “That’s the one thing we can be sure of. We may not have the answers, we may not know what to say, but look around here tonight, sisters and brothers. We have one another. This is what this University is about.”