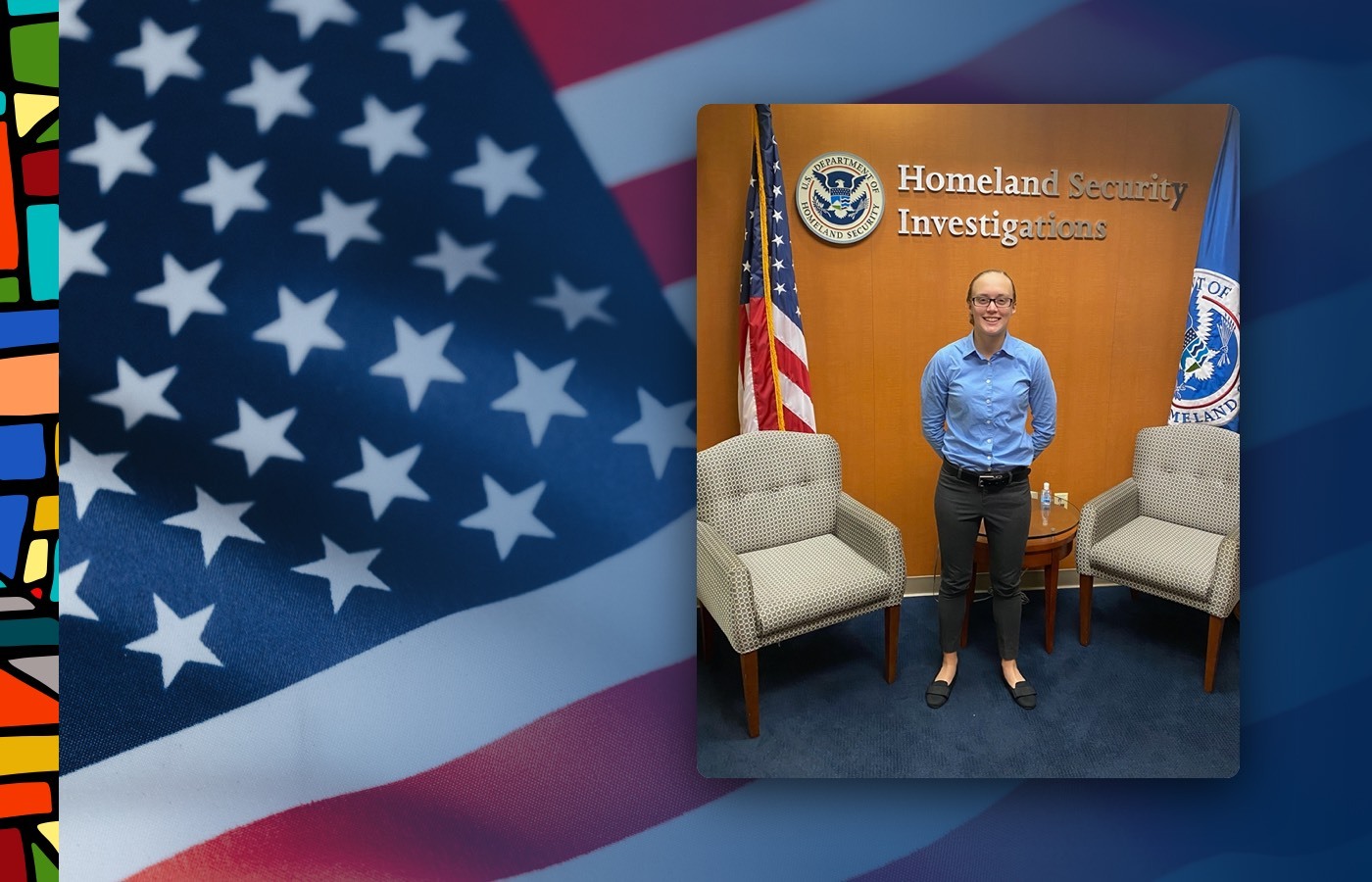 Teresa Roeder isn’t your average intern. Instead of pushing paperwork, the criminal justice and homeland security double major is out in the field with federal agents, setting up drug deliveries and conducting surveillance.

Roeder ’21 is interning with the Department of Homeland Security Investigations, a sector of U.S. Immigration and Customs Enforcement (ICE). She’s assigned to not one but three different groups dealing with child exploitation, human trafficking, and target enforcement and gangs.

“Take a ride-along and bring it to the next level. It’s really neat because I feel like it’s operating for me how it would operate for them. It’s a text the night before: here’s the location and time, here’s what we’re doing. Then we go and do it.”

During one recent ride-along, her team worked with the Postal Service to set up a drug bust and then spent 10 hours surveilling a house. They also worked with the Northampton County Drug Task Force on several other successful busts.

Roeder credits Dr. Ahmet Yayla, director of DeSales’ Center for Homeland Security, with helping to secure the internship. She was just one of the students who helped Yayla organize the center’s grand opening last fall. During the event, she was able to rub elbows with the special agent in charge out of Philadelphia.

“Dr. Yayla was definitely a big help with getting the connections,” she says. “The center opened up a broad range of avenues for all of us; there were state police, local police, federal agencies. Being able to talk to them and network was a great opportunity, and I think it’s going to do wonders in the future for other students.”

Roeder comes from a military and law enforcement family. She began participating in police academies at the age of 12, and through the years, she’s completed 200 hours of ride-alongs with local police departments. She’s hopeful that her internship, which lasts until December, will be a gateway into the federal workforce. Her ultimate goal, though, is to give back to the community and make a difference.

“With everything going on right now, I feel like we need good police officers and good people in the field. I want to make the difference; I want to be the good person out there.”