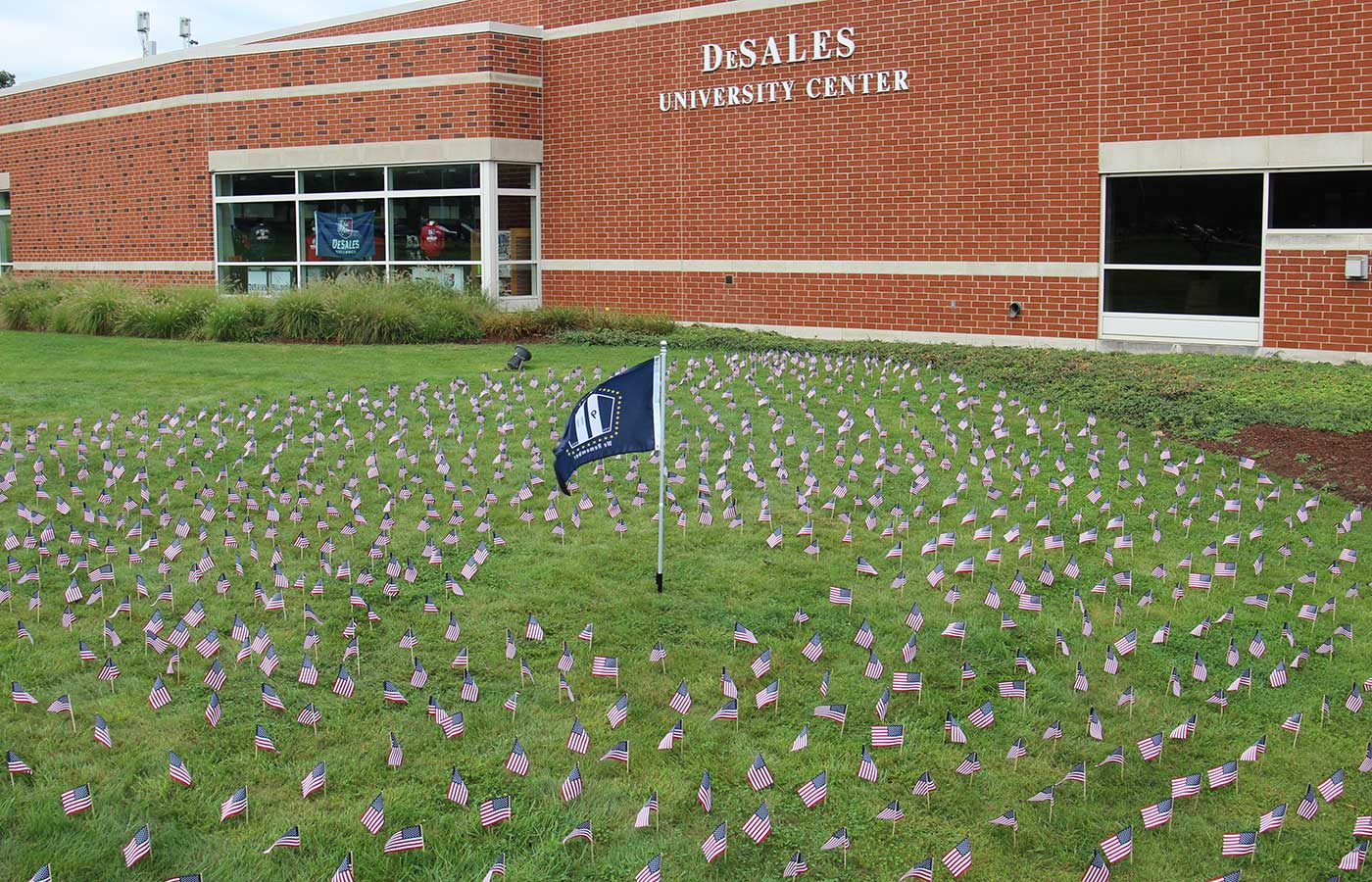 Every year on September 11, Dr. Thomas Craig begins class the exact same way: by showing his students a photo of Daniel J. Gallagher. The 2000 business graduate worked for Cantor Fitzgerald and was one of the thousands killed in the attacks on the World Trade Center.

Craig, who served in the U.S. Marine Corps Reserve and is a faculty advisor for Young Americans for Freedom, was among the faculty, staff, and students to gather at the Veterans Memorial Plaza to commemorate the 19th anniversary of 9/11. The Young Americans for Freedom club spearheaded the memorial, with help from the IDEAS Club, Model UN, Knights of Columbus, Student Veterans of America, and the DeSales Pro-Life Club.

The day began with a campus-wide minute of silence followed by a prayer led by Father Kevin Nadolski, OSFS, vice president for mission. Read the full prayer here

Student Brittany Welsh then read a very personal first-hand account of the 2001 World Trade Center attack written by her grandfather, Hugh H. Welsh. He survived both the 1993 World Trade Center Bombing and the 9/11 terrorist attacks and is now retired after 33 years with the Port Authority of New York and New Jersey, where he served as the First Deputy General Counsel.  Read Welsh's Full 9/11 Memoir Here

For Alexandros Milios ’22, who started the Young Americans for Freedom club on campus and who grew up in a post-9/11 world, the message of the day is simple—appreciate more.

“Appreciate your family, your friends, and those who protect and serve us every day because you never know, at any moment, your entire world could be flipped upside down.”

In addition to organizing the event, members of the participating clubs also planted nearly 3,000 small American flags across campus.

“9/11 was a shock to our nation ... A lot of our students weren’t alive when it happened," said Dr. Craig, "It’s an emotional thing, and we all need to remember it.” 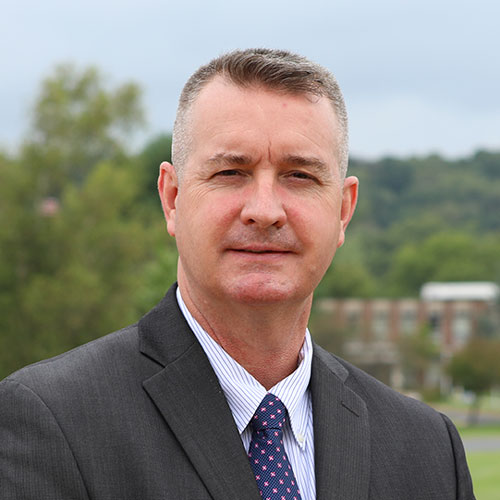