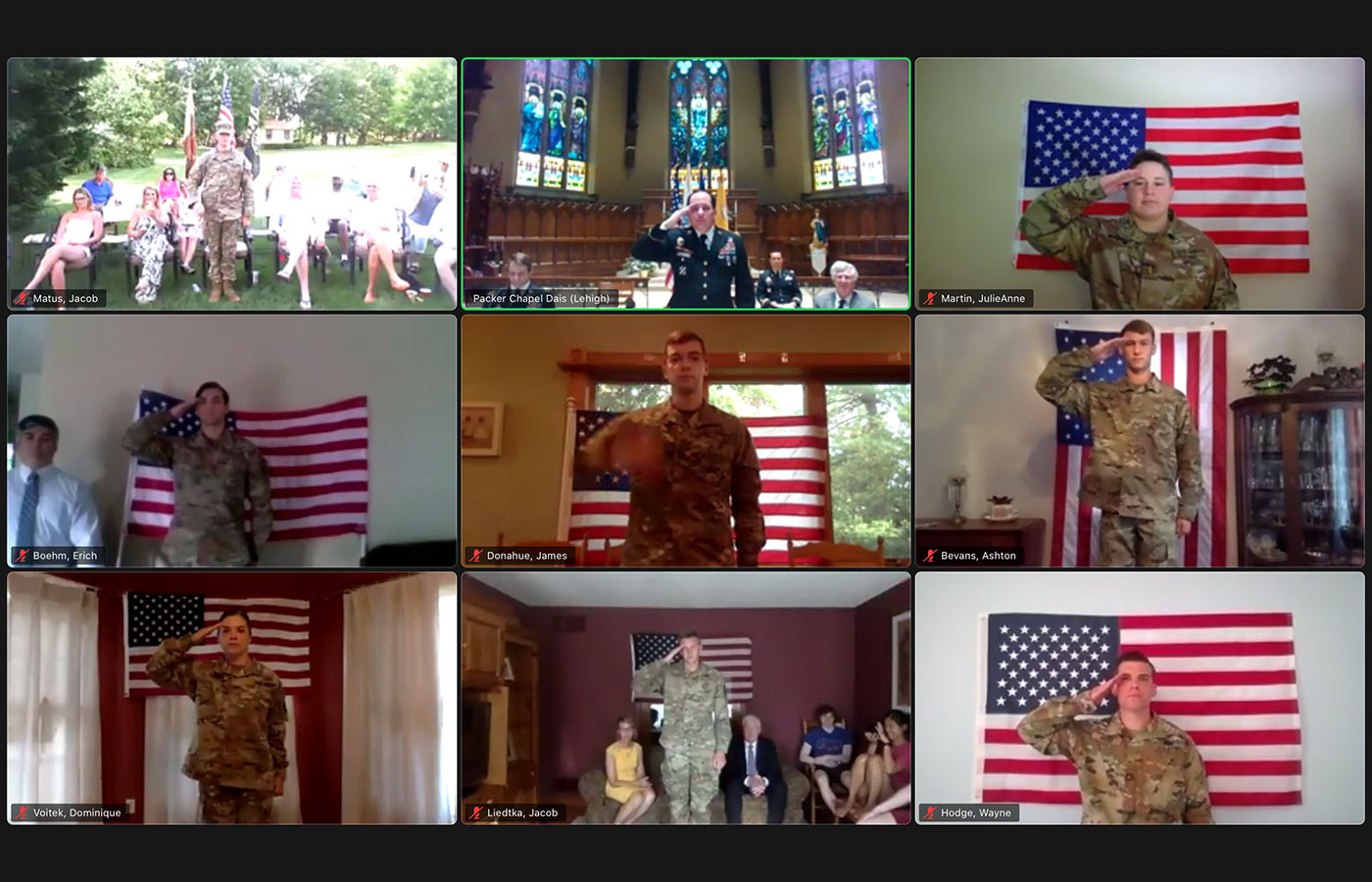 Four recent DeSales graduates made history when they joined the ranks of the United States Army.

Dressed in fatigues and standing in front of the American flag, Michael Bastidas, Keegan Coffield, Wayne Hodge, and Matthew Roussel were among those commissioned as second lieutenants during the Steel Battalion ROTC Commissioning Ceremony. The event was broadcast virtually for the first time in the battalion’s 100-year history from Packer Memorial Church at Lehigh University.

“You’ve worked hard to make it to this day,” John Simon, president of Lehigh, told the cadets watching from home with their families. “When you raise your right hand and take that solemn oath, you will no longer just be students; you will become a symbol of America’s Army and an inspiration to people the world over. This is an awesome responsibility that I know you will live up to.”

The cadets and their families also watched video messages from senior Army leaders and local Congresswoman Susan Wild. Father James Greenfield, OSFS ’84, president of DeSales, offered his congratulations in a taped message and encouraged the cadets to keep their character and commitment going.

The cadets then took the oath of office, had their second lieutenant bars pinned to their uniform, and received their first salute from an enlisted soldier. For Keegan Coffield, the moment was made even more meaningful when he received the Pennsylvania National Guard oath from his father. 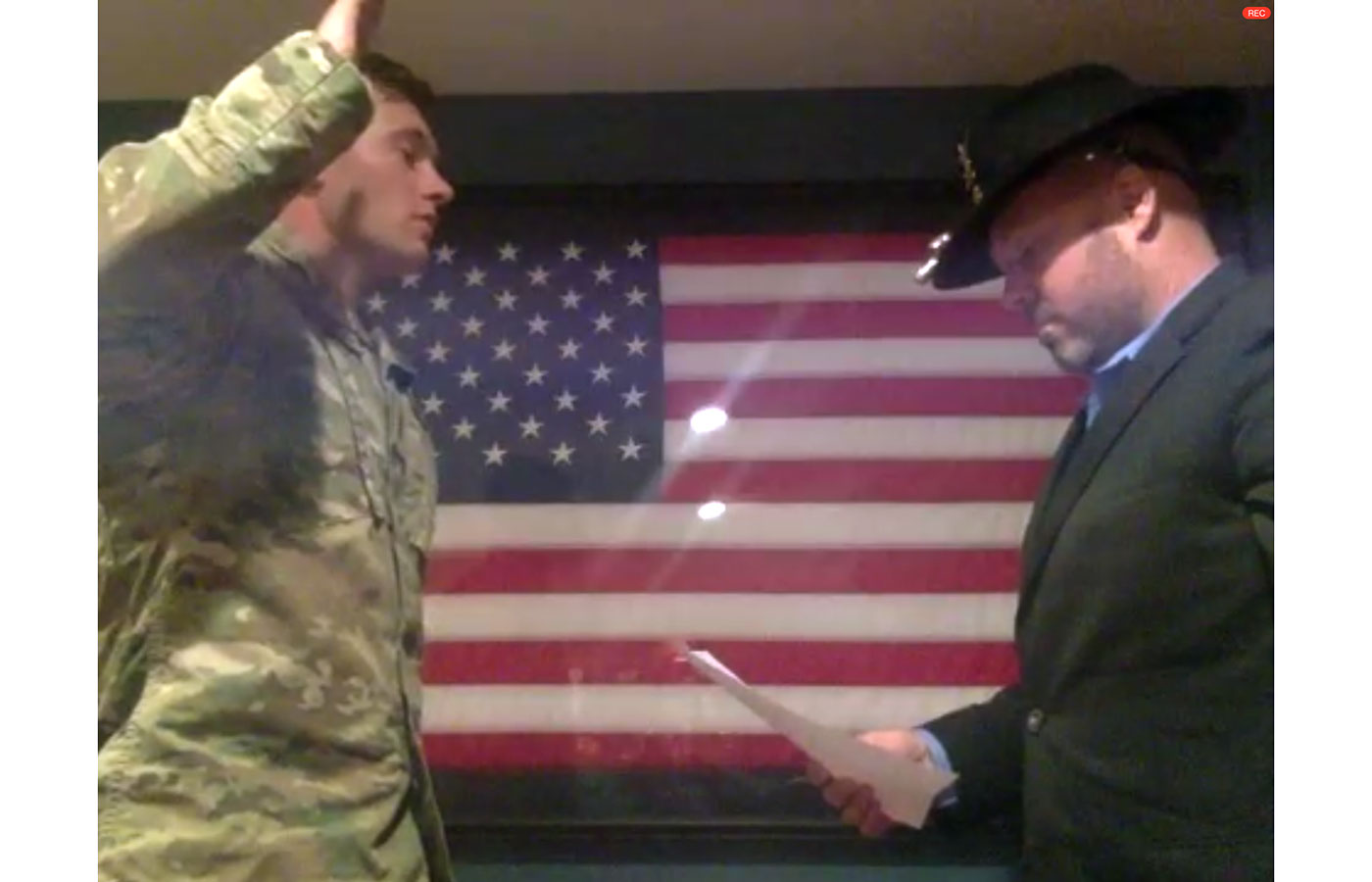 Michael Bastidas, who is the first in his family to join the Army, called the pinning of the gold bar a surreal moment.

“This was all the hard work I've put in over the past three years in order to commission and it finally paid off,” he said. “This celebrates the finish line, but actually, it is just the starting line of my career.”

This year’s commissioning class was also made up of students from Lehigh University, Kutztown University, Muhlenberg College, Penn State Berks, Moravian College, and Lafayette College. The cadets join the ranks of more than 5,000 new lieutenants who received their commissioning in the U.S. Army Reserve Officers’ Training Corps.