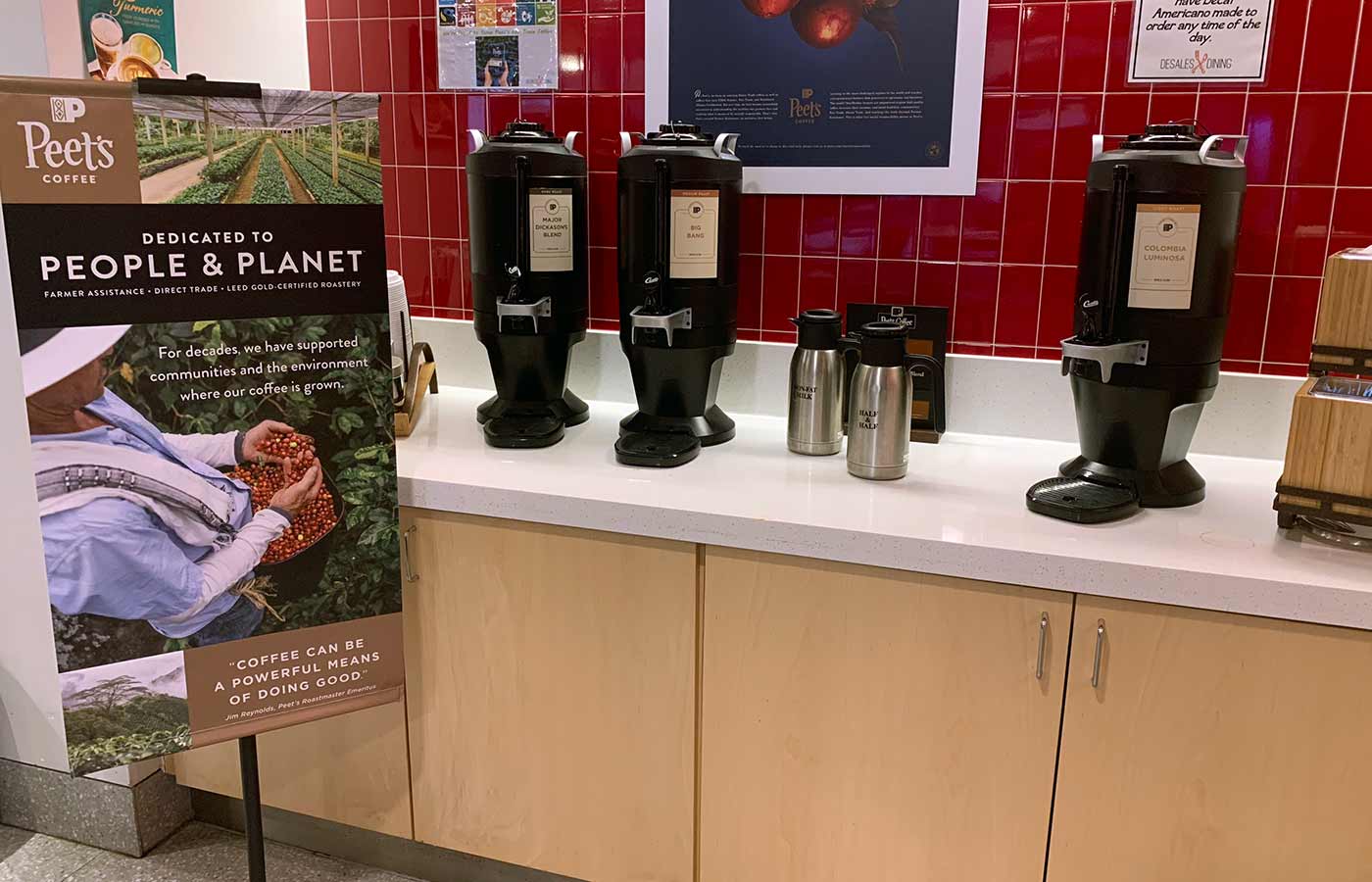 DeSales University is making a big push to promote fair pay around the globe.

The University has been certified as a Fair Trade University by Fair Trade Campaigns, a grassroots movement mobilizing thousands of conscious consumers and Fair Trade advocates on campuses and communities across the country.

“Oftentimes we hear about these big issues in our world today and we think that there is nothing we can do to affect and change them,” says Freemont ’21, a finance and accounting major. “When we purchase Fair Trade products, we are supporting companies who treat their workers ethically and pay them a living wage for their labor.”

To achieve the Fair Trade designation, the CRS ambassadors had to complete a series of five steps, including establishing a Fair Trade committee and ensuring that all food outlets and the campus bookstore offer at least two Fair Trade Certified products.

“By being a Fair Trade University, DeSales recognizes the purchasing power it possesses and supports developing countries’ workers to earn a livable wage without falling into poverty,” says Freemont. “As a Catholic institution that emphasizes Christian humanism and aims to recognize the dignity of every human being, this is an important designation to have.”