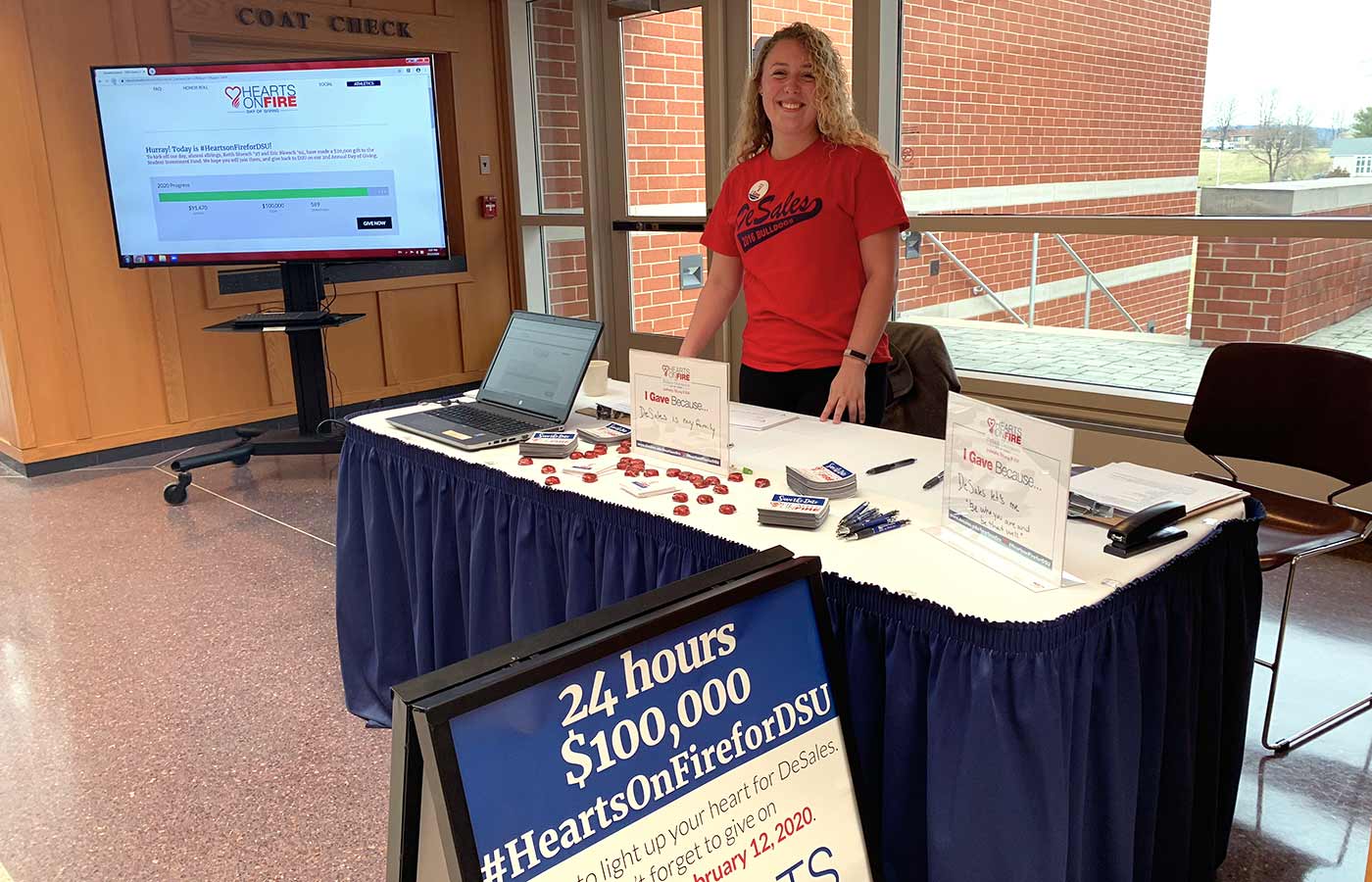 For the second year in a row, the DeSales community came together to show its love for the University in a major way.

“I am overwhelmed by the broad and deep support we received from our alumni, friends, faculty, staff, and students. The University community is blessed by the strong embrace of our mission and vast commitment to our students. On behalf of our students—and those who will follow them, I thank everyone who contributed to this initiative. It is clear to me that our hearts are certainly on fire for DeSales University.”

Alumni siblings Keith Bloesch ’97 and Eric Bloesch ’94 kicked the day off by giving $10,000 each to the Student Investment Fund. New challenges were also a big part of the draw.

Father Greenfield also upped the ante this year with the Staff Challenge. If 100 full-time staffers donated, he promised to award the University an extra day off on Monday, July 6. A total of 231 staff members took part.

“I gave to Hearts on Fire to show my appreciation of Coach Fred Richter,” says Maggie Riggins '99, director of Campus Ministry. “My donation of $30 was in honor of his 30 years of coaching. DeSales is truly a place filled with inspiration, and Coach is one of those people whose dedication to DSU inspires people to stay connected with the University and athletics.”

There were also a handful of mini challenges, including the Farmerie Challenge. Jay ’75 and Mary Cay ’76 (McCole) Farmerie agreed to donate $2,500 to support the Harry Warren Endowment for Natural Science Equipment if a total of $2,500 was raised. The endowment brought in more than $3,800.

The annual giving team already has next year’s Day of Giving locked in—February 10, 2021. Details will be released in the coming months.

“As soon as the spring semester is over, we go full force and get the word out,” says Catherine Logan '08, director of annual giving. “It’s all hands on deck. It’s become our baby now; a true day for everybody to give to the University.”