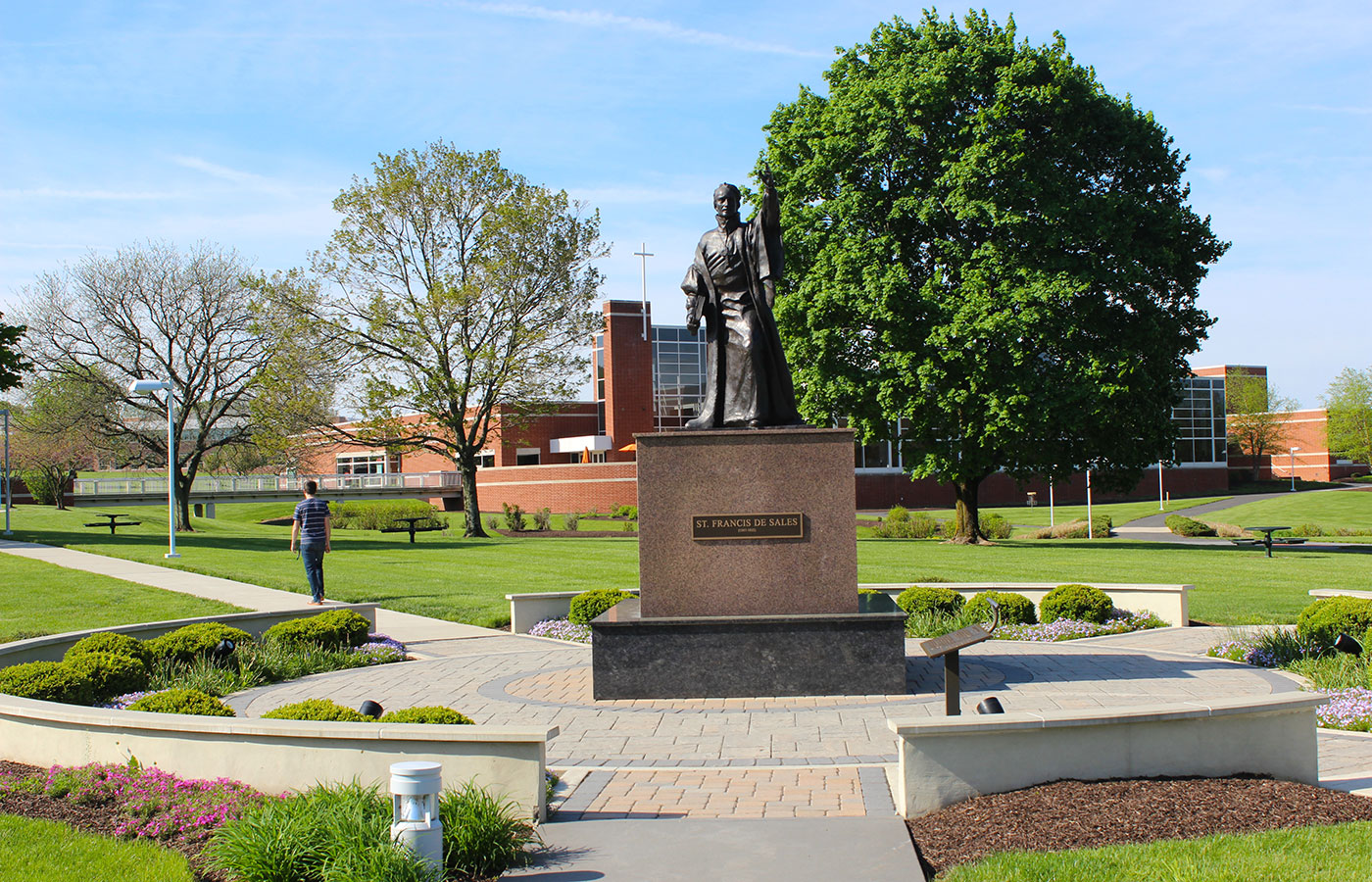 A new study shows that DeSales University is making its mark on the Pennsylvania economy.

The study by the Association of Independent Colleges and Universities of Pennsylvania (AICUP) estimates that DeSales had a $199.6 million impact on the state economy in 2018, while supporting and sustaining 1,469 jobs.

“These exceptional data illustrate the concrete ways that DeSales University serves as a transformative change agent for our local community and the entire Commonwealth of Pennsylvania. We work hard to transform the lives of our students; we are grateful that this reach extends into the lives of our neighbors and fellow Pennsylvanians.”

The study, conducted by Parker Philips, Inc., took into account the direct spending on operations, wages and benefits, and capital projects by DeSales and the estimated increase in demand for goods and services in industry sectors that supply or support the University. It also measured the effect of student and visitor spending and the induced effect of increased household income.

Breaking down the employment numbers, the study found DeSales sustained 907 direct jobs; 201 indirect jobs created by supply and equipment vendors and contractors; and 361 induced jobs created at businesses, such as hotels, restaurants, and retail stores, in support of faculty, staff, students, and visitors. The study also shows that DeSales generates about $8.4 million in tax revenues annually for the Commonwealth and local governments.

“Our pride in our graduates continues to grow exponentially,” says Fr. Greenfield. “Yes, they impact their families and communities with their strong values and deep compassion. What’s more, they bring robust ethics and a rich commitment to service as they take their place in the professional workforce.”

Overall, the study found that independent, nonprofit colleges and universities in Pennsylvania produced an economic impact of $24 billion throughout the Commonwealth in 2018, while supporting more than 195,000 jobs. It’s also estimated that student spending from those attending AICUP schools contributes an additional $3.4 billion to the state economy each year.