Gracie Greco was just 14 years old the first time she stood shoulder to shoulder with Dr. Oksana Jackson inside an operating room at the Children’s Hospital of Philadelphia (CHOP). Their unlikely friendship—derived from a debilitating illness—has given Greco unparalleled access to one of the nation’s premier children’s hospitals.

“It’s funny when I’m in there and there are other residents, fellows, and med students in the OR,” says Greco ’20, a biology major who’s planning to attend medical school after graduation. “They’re like ‘who are you; how’d you get in here?’”

Greco’s journey to Jackson’s OR began just before her 13th birthday, when she started experiencing extreme vertigo. Keeping food or liquids down became a challenge, and she ended up spending three weeks in a Wilkes-Barre hospital. Still, doctors couldn’t figure out what was wrong with her.

She was transferred to CHOP, where she was diagnosed with Ramsay Hunt syndrome, or shingles on her seventh and eighth cranial nerves.

“The fact that a child had Ramsay Hunt syndrome was extremely rare and that’s what complicated my diagnosis. You couldn’t actually see the characteristic rash of shingles since it was on my cranial nerves. So I had all these neurological symptoms and they couldn’t pinpoint what they were coming from.”

She spent the next five months receiving in-patient and outpatient care at CHOP. The extreme vertigo had left her bedridden, and she lost all of the muscle mass in her body. To make matters worse, she was also diagnosed with Bell’s palsy, leading to scratches on her cornea and hearing loss.

But little did she know, that diagnosis would be a turning point in her life. She was introduced to Jackson, a plastic surgeon, who would become both her doctor and mentor.

While Greco recovered from her illnesses, Jackson asked her to take part in a clinical trial for facial motion disorders. Then came the opportunity of a lifetime. Knowing that Greco was interested in medical school, Jackson invited her to come observe in the OR.

“When my mom dropped me off that first morning, I came out at the end of the day and she thought I’d be like ‘eh, I don’t know,’” says Greco. “I was like ‘that was amazing; I can’t wait to do it again.’ That’s when she says she knew I was going to be a surgeon.”

Greco admits she was a little intimidated, sharing OR space with residents, fellows, and med students. But the experience has only helped to solidify her career path. She’s spent countless hours observing surgeries throughout the years, including an open-heart surgery on a two-month-old. Aside from the clinical aspect, she also credits the experience with teaching her about the lifestyle of a surgeon.

“You have these ideas of what it should be like from TV and movies, and it’s not anything like that. It’s definitely a dedication of your life to medicine. And I think that it’s really important to get that experience before you commit your life to doing something like that.”

In addition to her observership, Greco credits her professors and the extensive research experience she’s had at DeSales with giving her a leg up against the competition. She was one of just six students to win a coveted spot in the Summer Undergraduate Research Fellowship (SURF) in the Natural Sciences, and she’s even published a paper with Dr. Joshua Slee.

“Gracie is the type of student who doesn’t take no for an answer. When encountering a challenge, she sets goals and exceeds them. Her ability to think critically about complex problems sets her apart from her peers. She is hard working and dedicated to becoming a doctor.”

Greco’s ultimate goal is to work at the hospital that both treated her and taught her so much. But first, there’s medical school, a residency, and a fellowship to complete. While her illness is now a distant memory, she says she’ll always be grateful for the doors it has opened and the doctor who made it all possible.

“Being sick is never fun but it’s something that’s part of who I am and made me who I am. It made me want to be a doctor, and I wouldn’t be here if that didn’t happen.”
Topics:
Featured in this Article 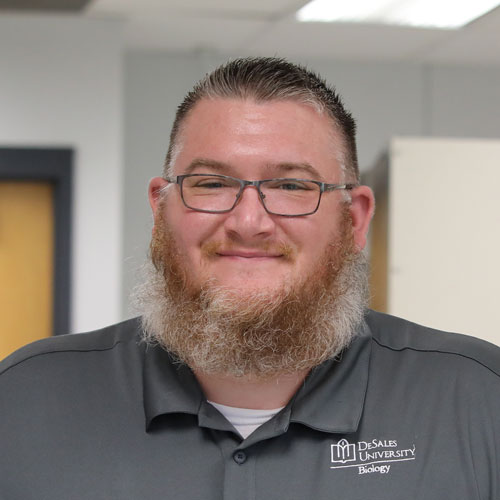