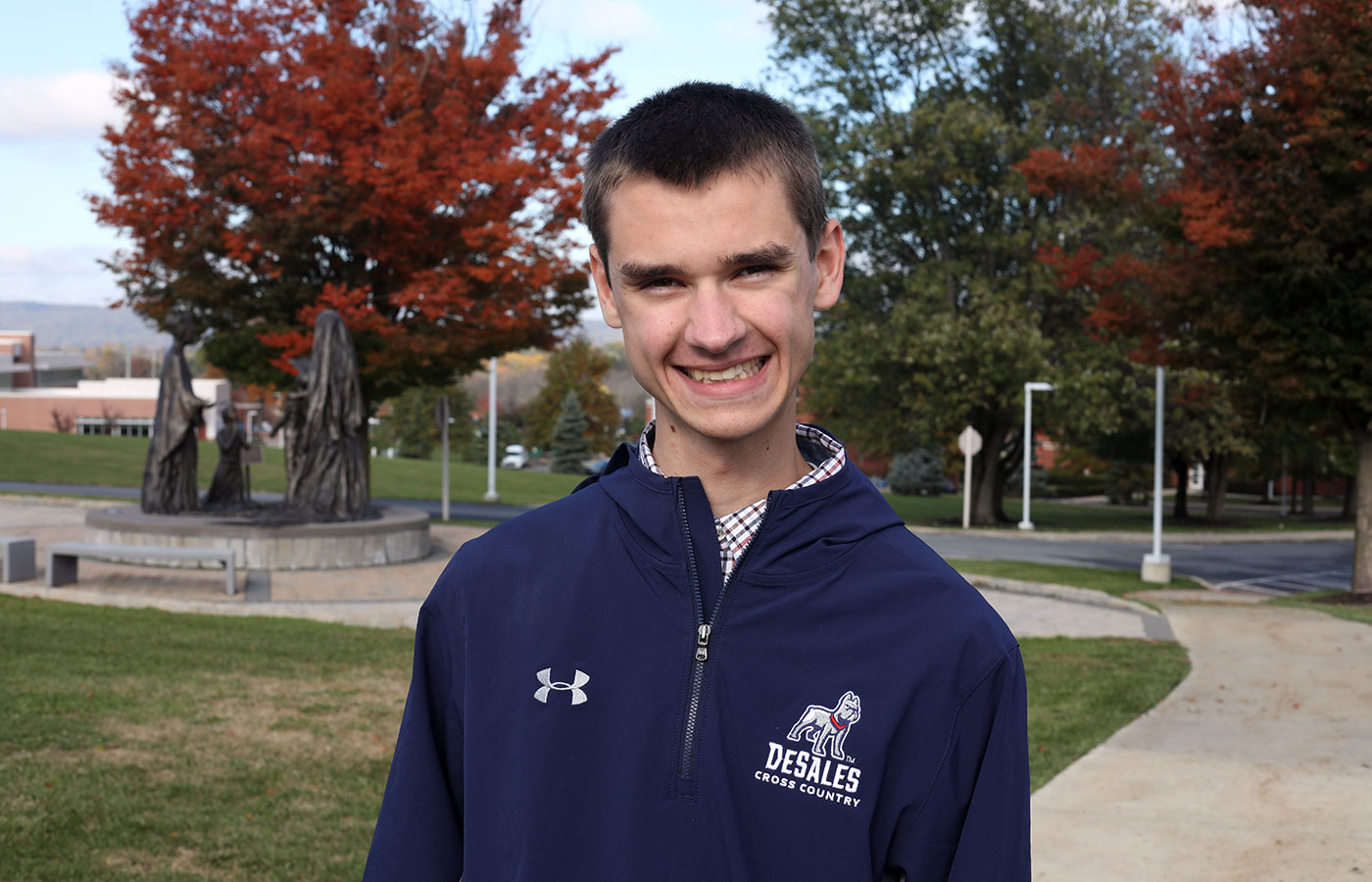 A simple phone call changed the trajectory of Carl Tyce’s college path. The New York native admits he didn’t know much about DeSales until he was contacted by the University’s cross country coach. But the call left a big impression.

“I got that community feel that everybody talks about with DeSales,” Tyce says. “I started looking into the school and the Leadership Scholarship popped up.”

The four-year, full tuition scholarship was too good to pass up, so Tyce applied. He was one of four students to win the coveted scholarship this year—something he calls life changing.

“Getting the Leadership Scholarship was a big release of stress for me and my family. It’s definitely a big way to focus on what matters right now, which is my education.”

Tyce, a biology major in the STEP program, credits the Hugh O’Brian Youth Leadership (HOBY) Conference with challenging him to develop his leadership skills. Using the tools he learned at the conference, he organized a town clean up along with two other students.

“We thought that would be something pretty easy to organize,” he says. “It didn’t turn out to be so easy but it was definitely a good learning experience.”

It was during that project that the group came up with another idea—hosting a leadership day at the local intermediate school. They pitched their proposal to their superintendent and school board, then worked to get the intermediate school’s administration on board.

Leadership day paired groups of high schoolers with younger students for skits and other fun activities. Jeff Monken, Army’s head football coach, also made a special guest appearance, and students took part in a service project collecting and sorting more than 1,500 items for those less fortunate.

Tyce calls it humbling that his project is being valued beyond his community. With his background of leadership, it’s no surprise that he wants to become a teacher. That commitment to serving others is what ultimately helped steer him toward Center Valley.

“It’s nice going to a place where everybody is valued and everybody cares about one another and wants to help. This school values you as an individual and as a person, and wants to see you succeed.”