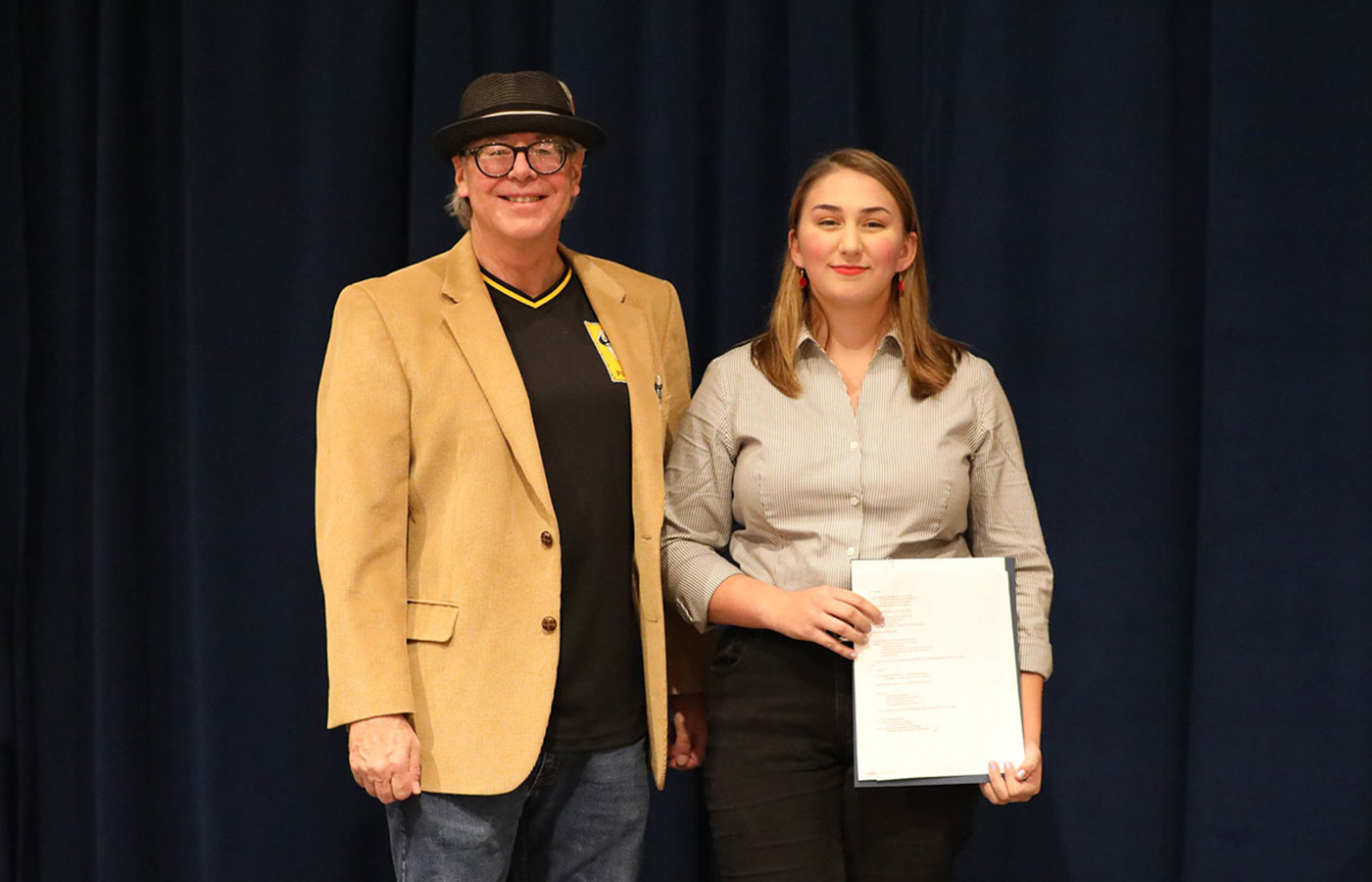 This year’s festival started out unlike anything else, with an original welcoming poem rife with inspiration, rhymes, and positive vibes all around. Father Kevin Nadolski, OSFS, Vice President of mission at DeSales, not only brought down the house with his words, but opened the door up to all in attendance to shed their fear of writing and speaking with vulnerability.

The welcome message was followed up by awards and readings from award recipients. Students were invited to submit up to three poems prior to the festival. Taking home the Carol Ann Robertson Award was Gabe Guida of Stroudsburg High School. The second-time recipient of the Women for DeSales Award was Sarah Henry of Evergreen Community Charter School.

The grand prize of a four-year full-tuition scholarship to DeSales — one of the largest poetry-related prizes available in the United States — was awarded to Abby Craft, a Junior at Brandywine Heights High School, for her poem titled “Where the Light Hits, and Why.”

Craft was shocked to learn that her poem had been chosen as the winner.

“A bus ride home inspired this poem,” said Craft. “There was a bush with orange flowers that I couldn’t stop thinking about. I didn’t know what it was!”

While not entirely decided just yet, Craft is considering studying writing and music in college.