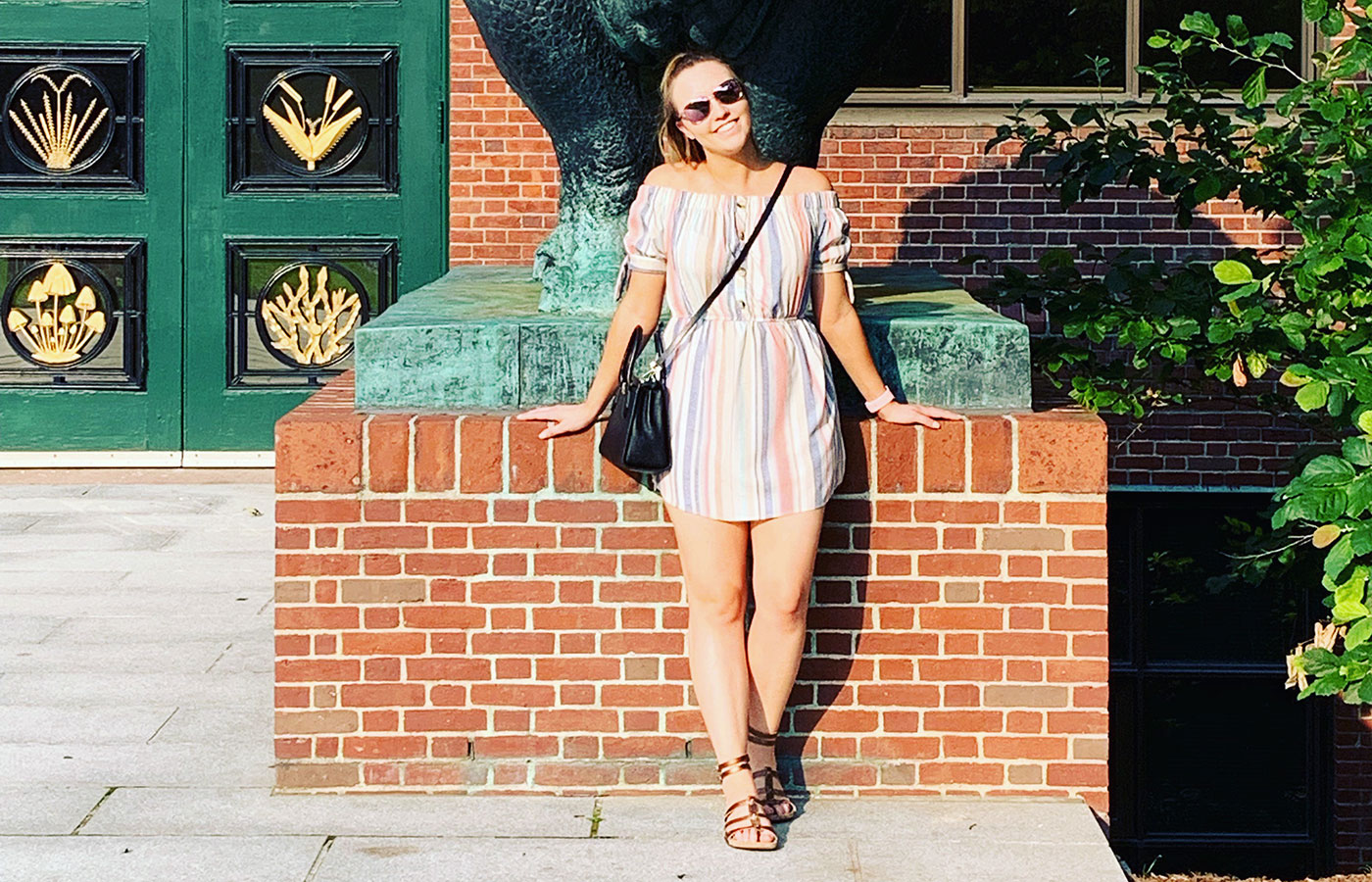 Veronika Tews is starting her senior year with some major research credentials under her belt. The biology major spent the summer taking part in a research internship at Harvard University.

She learned of the internship at last year’s Society for Integrative and Comparative Biology (SICB) conference. But the opportunity to work in Cambridge didn’t come easily.

“It was a lot of reading papers and proving that I knew enough to be there,” she says.

Once in the lab, Tews worked with a graduate student for 40 hours a week, studying the gut development of three different species of tadpoles—including a carnivorous species.

Tews anesthetized tadpoles at different stages of development and placed them in wax, allowing her to see the formation of the stomach. She also performed staining, which allowed her to look at cartilage formation and different cell types. In addition to her research, Tews learned about the different ways that labs are run.

Tews, who plans to go onto graduate school after graduation, previously took part in DeSales’ Summer Undergraduate Research Fellowship (SURF) in the Natural Sciences, a program that pays students to conduct research. She credits her classes and lab experience with preparing her for her time at Harvard.

“I spend between 10 and 12 hours a week in the lab here, on top of classes and working. I make it my priority over almost everything else in my life.”