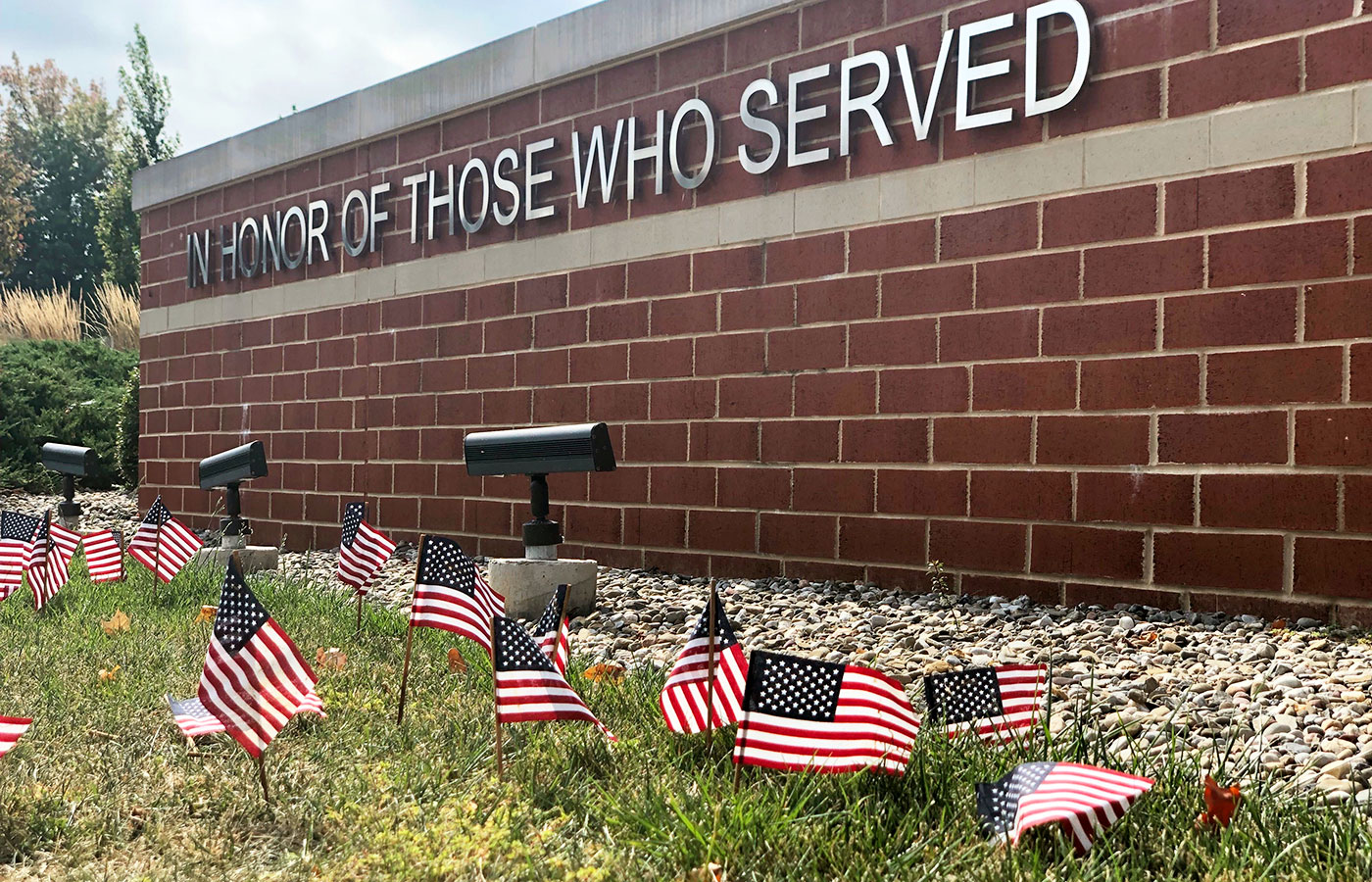 The DeSales community is honoring the lives lost on September 11, 2001. Students, faculty, and staff placed flags at the Veterans Plaza to commemorate the 18th anniversary of the terror attacks.

“You always remember exactly where you were and how it happened,” says Wayne Hodge ’20, president of DeSales’ Student Veterans Association (SVA), who was in fifth grade at the time. “I didn’t grasp the whole impact of what happened but you could feel what happened.”

The veterans group organized the remembrance to encourage people to take a moment for reflection and also to promote unity.

“The country is so divided now,” says Patrick Sorrentino ’20, vice president of SVA. “After 9/11, people were patriotic. There was no division between political party, race, gender—none of that. We were all American.”

The group also accepted donations for a local veterans organization and the Daniel Gallagher Scholarship Fund. Gallagher, a 2000 graduate of DeSales, lost his life at the age of 23 while working in the World Trade Center office of Cantor Fitzgerald.