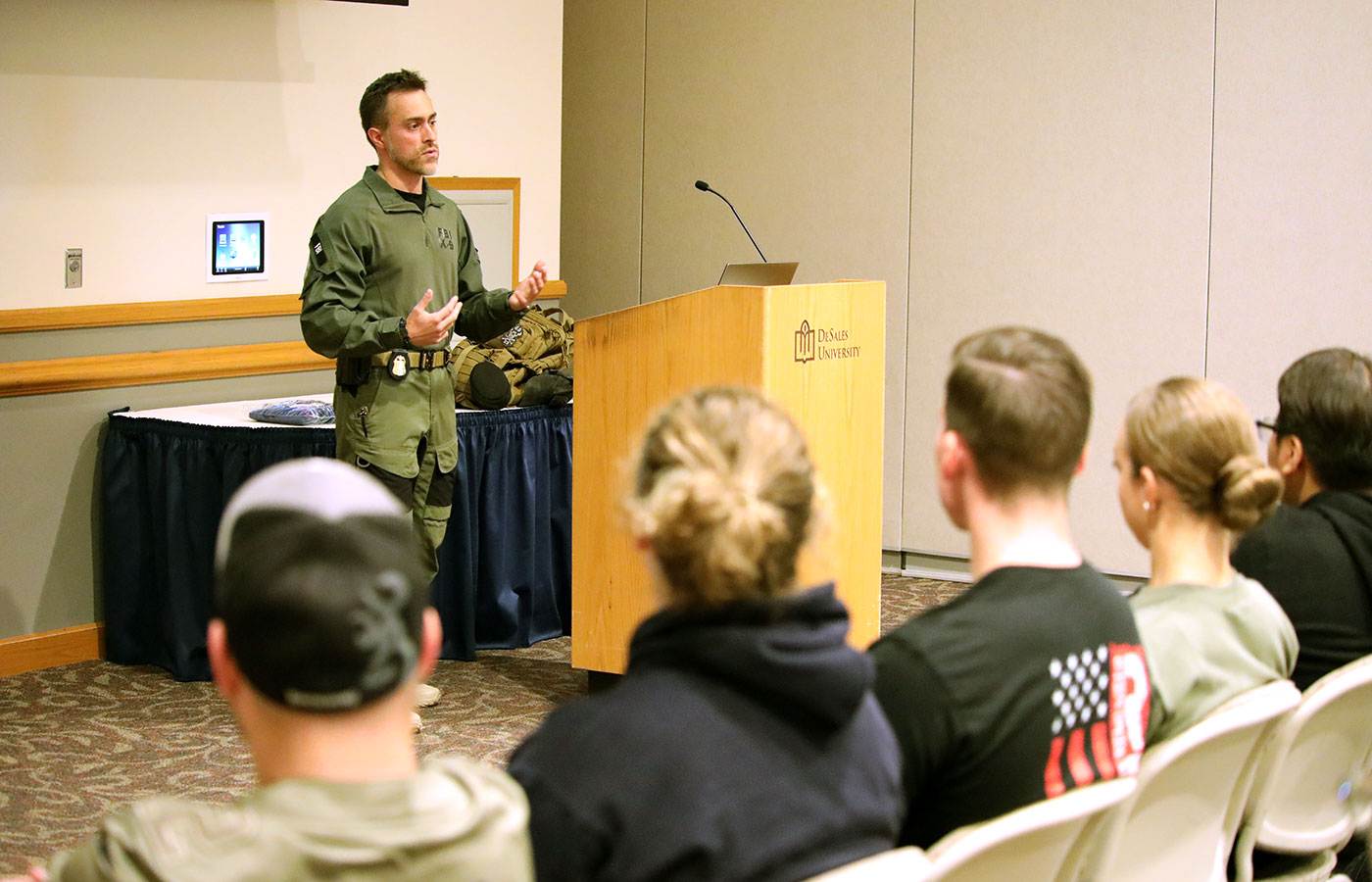 The computer science major returned to campus along with his K9 partner, Iris, to offer insights into a career with the bureau.

“I always wanted to have a career in law enforcement and I always wanted it at a higher level,” Calandra told students. “I structured my degree to get in.”

He described the rigorous process of becoming an agent, including countless interviews, a background check, and a polygraph test. He also warned students about the dangers of social media.

“The FBI is big on public perception. When I applied, social media was just starting. I always tell people to watch what you put online and on your social media pages.“

Calandra is based out of the Newark field office, where he works to combat sex crimes against children. During his investigations, he noticed that agents were missing key pieces of evidence, such as thumb drives and other types of storage devices.

“Digital devices were decreasing in size but storage capacity was increasing. We wanted a better way to be able to find digital media.”

While working on a case in Missouri, he and a colleague came up with the idea of an electronic device detection K9. Calandra researched and analyzed circuit boards and identified a chemical that’s only used in the manufacturing of the boards.

His superiors signed off on the pilot program and Calandra has been working with his K9, Iris, ever since. Iris is capable of sniffing out any type of storage device and has been used successfully in a variety of cases, including computer intrusion, counterintelligence, counterterrorism, and criminal cases.

Calandra has worked on a number of high-profile cases with Iris, including the abduction of Mollie Tibbetts, the Seaside Park, New Jersey, pipe bomb explosion, and last year’s deadly Allentown car bomb explosion. He has also traveled extensively and received operational and informational sharing requests from as far away as Thailand and Australia.